The new escorts will operate Monday through Friday and take workers from the courthouse to either King Street Station or Colman Dock. 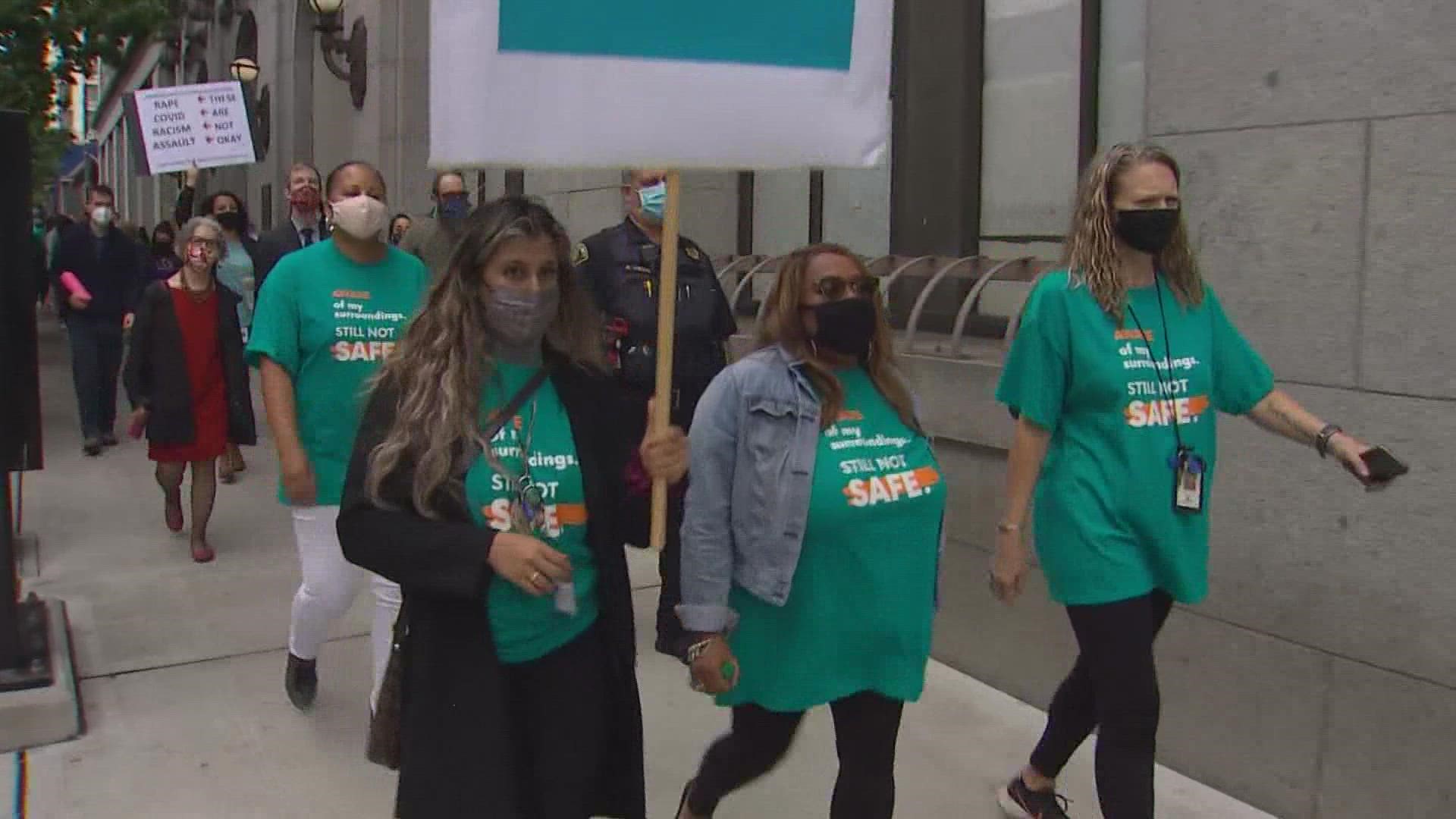 SEATTLE – After years of safety concerns surrounding its downtown campus, King County is launching a pilot program Monday to provide employees heading to one of two transit hubs with a security escort.

According to a release, county employees can walk with a security guard each evening through downtown Seattle Monday through Friday.

Each evening, the two security escorts will meet workers at the courthouse’s 4th Avenue entrance.

The program is in addition to the escorts already offered by the FMD, according to King County, which can escort workers several blocks from their workplace.

Security has been an issue inside and outside of the county’s Pioneer Square campus. In recent months, a man allegedly tried to rape a woman inside a courthouse bathroom.

However, concerns have been raised over recent years, especially after a homeless encampment took over City Hall Park across Jefferson Street. Courthouse workers even staged a rally in August with many workers demanding that the county take action.

Outside of the courthouse is the Seattle Police Department’s jurisdiction, which the county says makes it difficult to patrol.

At the time of the attack, which took place in July,  an employee who requested to remain anonymous said that type of incident was not uncommon, adding, “A lot of employees here, we talk about it a lot. People are very uncomfortable coming to work. It's hard for their safety even inside the building.”

However, businesses throughout downtown have been pleading with the city to take action on crime. Following the July incident, those living in the City Hall Park encampment were given housing, but the park remains closed.

Soon after King County Council moved to take possession of the park, citing Seattle police’s inability to prioritize the area due to staffing shortages.

One King County judge, voicing his support for the move, said, “I think we’re at a critical point here in what to do for security and safety around the courthouse going forward.”