The park has been overrun by tents during the course of the pandemic, and has been a trouble spot for years. Recently, a 31-year-old man was killed there. 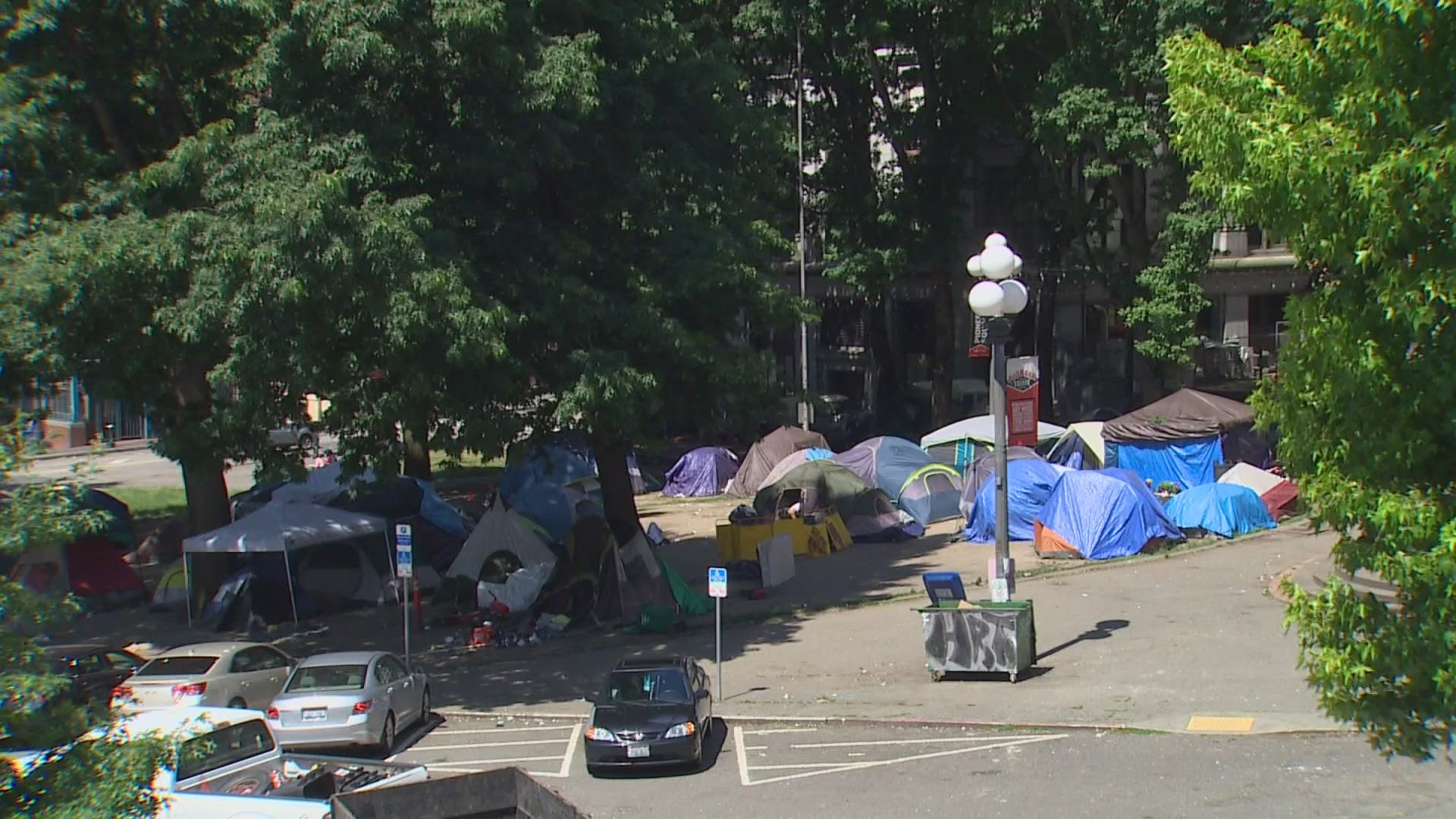 SEATTLE — A local lawmaker wants to condemn City Hall Park in Seattle next to the King County courthouse that is the site of a large homeless encampment and declare the area a public safety hazard or a nuisance property.

The Seattle Times reported that under the proposal by King County Councilmember Reagan Dunn, King County would acquire the park from the city of Seattle.

It would request that Executive Dow Constantine relocate the park’s dozens of residents to transitional or permanent housing, provide additional security and fix damage to the park. The proposal follows the fatal stabbing of a 31-year-old man in the park earlier this month.

The park has been overrun by tents during the course of the pandemic, and has been a trouble spot for years, with its proximity to the Downtown Emergency Services Center and people in distress. Dunn suggested the property could be acquired and repurposed.

“I think what we need to do it, get the park back so it can be used by the people and focus on the solutions and not the slogans,” said Seattle Mayor Jenny Durkan on Wednesday, at the announcement that the city will spend millions to invite people back to Downtown Seattle this summer.

“If councilmember Reagan wants the park we'll lease it to him for $1 a year if he takes responsibility for it and if he opens up a shelter in his district. Just one,” she said.