A King County Council committee approved a motion Wednesday that could lead to the county acquiring City Hall Park in Seattle. 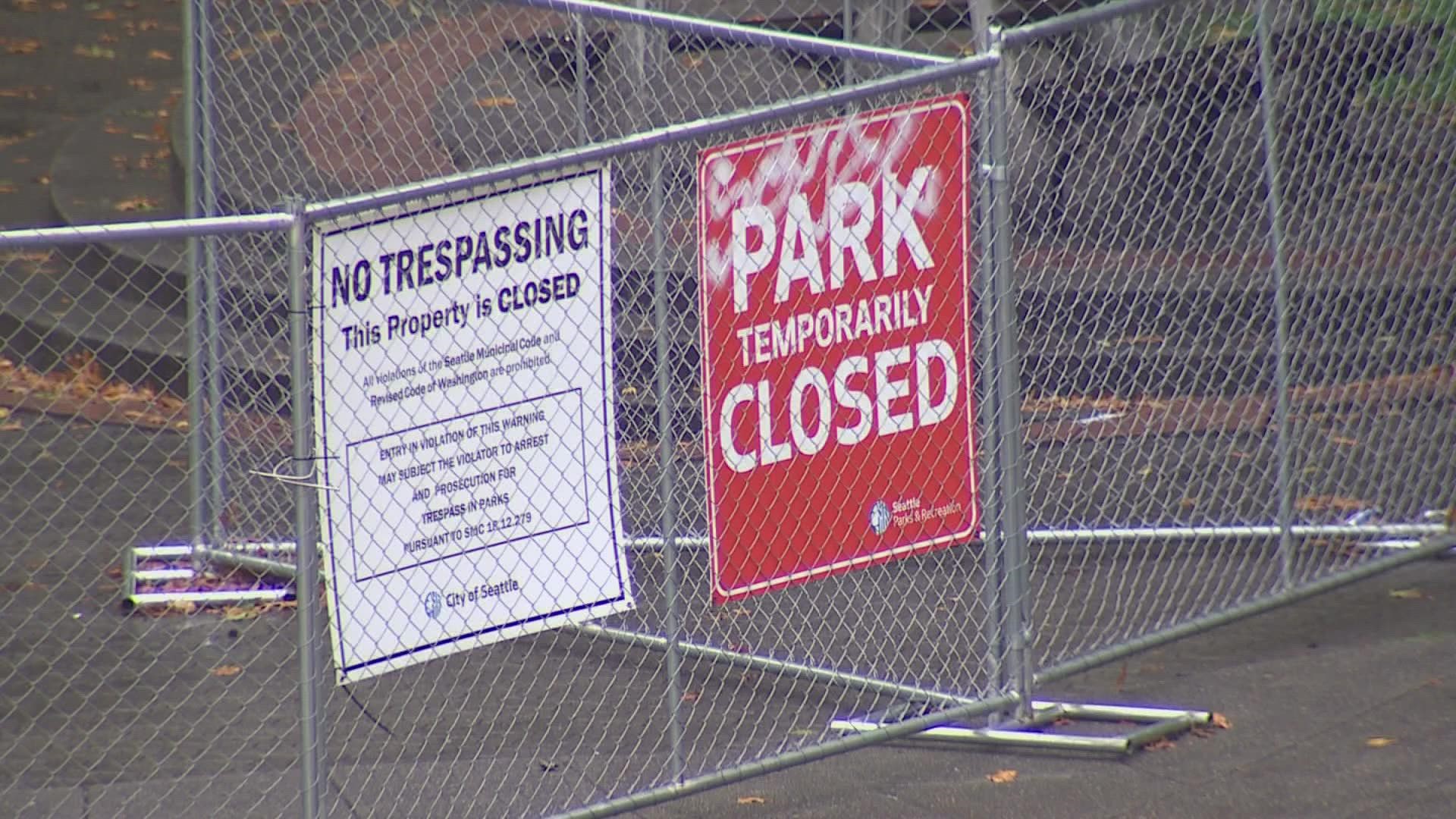 SEATTLE — King County Council's Committee of the Whole passed a motion Wednesday that could result in the county taking ownership of City Hall Park in Seattle's Pioneer Square neighborhood.

The motion passed the committee by a 7-2 vote, with Councilmembers Girmay Zahilay and Joe McDermott voting "no." The motion is expected to go to a full council vote in a couple of weeks.

Councilmember Jeanne Kohl-Welles co-sponsored the motion and said King County is better prepared and has the financial resources to address certain safety issues the Seattle Police Department (SPD) has not been able to make a priority.

Kohl-Welles blamed the SPD's staffing shortages and pointed to federal funding to help with homelessness. The area remains closed and fenced off as crews work to restore the park and make repairs.

More than 70 people living in tents at the park were relocated in August after a man allegedly attempted to rape a woman in the restroom of the King County Superior Courthouse, which is located across the street.

The motion would request King County Executive Dow Constantine to make an assessment on how to acquire the park. Kohl-Welles said that includes either buying the park from the city of Seattle or doing a land swap. The motion also asks the executive to reach out to the community and look at crime data to recommend options on what to do with the park.

Kohl-Welles said Wednesday she has been working with the county executive and the mayor about King County acquiring the park.

“It is my understanding that the city of Seattle is agreeable to transfer ownership to the county,” said Kohl-Welles. “In fact, the mayor of Seattle said, ‘You have a dollar? The park is yours.’”

Kohl-Welles said the motion also had the support and approval of all of the judges at the courthouse.

“It would be a colossal mistake for the city to go forward with reopening the park without considering these important issues that you’ve outlined that you’re asking the executive to consider,” said O’Donnell.

O’Donnell went on to thank the King County Council for the funding approved over the years for security around the courthouse.

“I think we’re at a critical point here in what to do for security and safety around the courthouse going forward,” said O’Donnell. “Hopefully, we’re going to be able to open up and have more jurors come to the courthouse for trials, which, you all know, we have a significant backlog. So, we support this plan, we applaud you taking the lead on this, and we remain committed to helping any way we can in supporting this effort.”