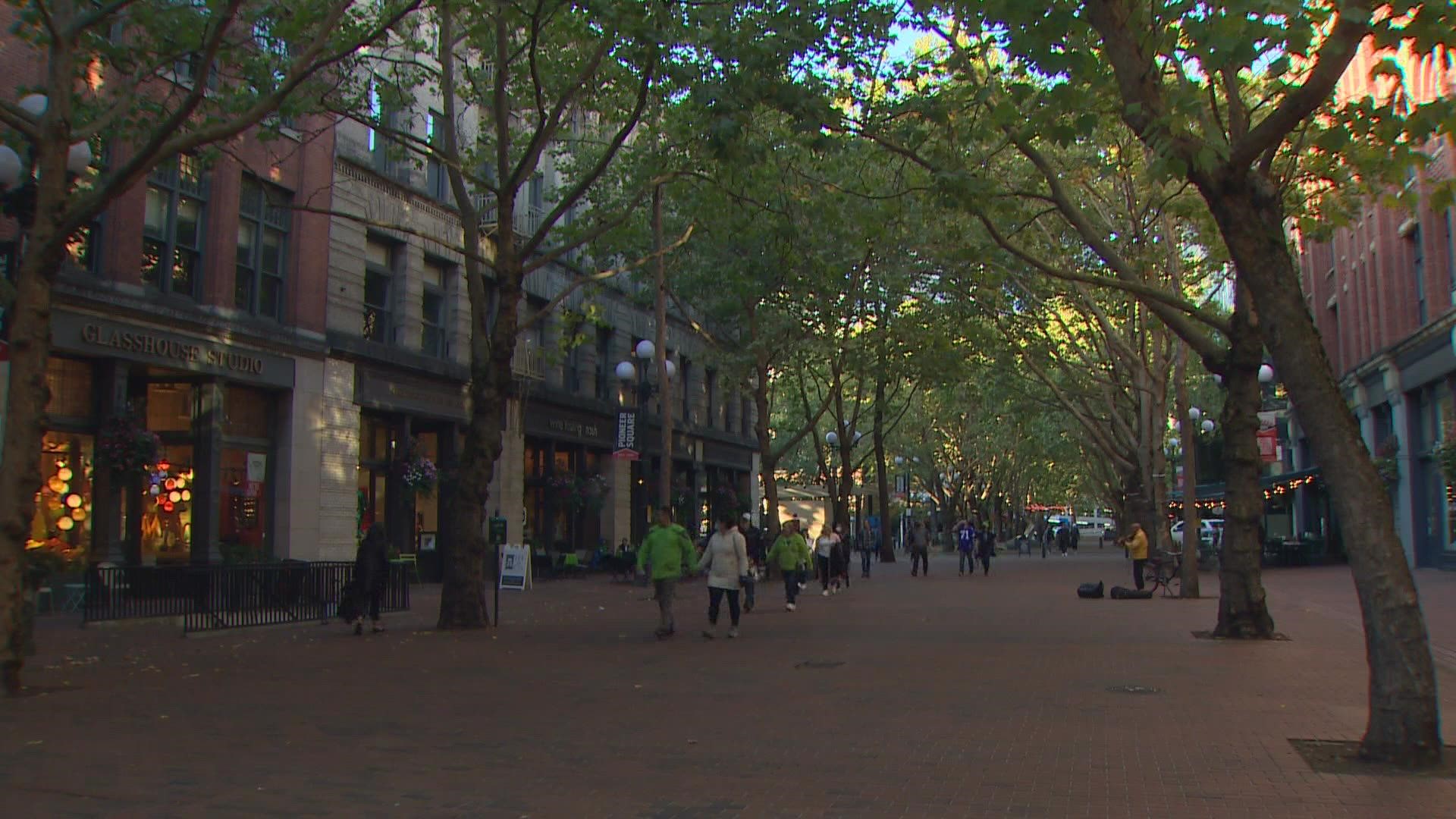 SEATTLE — As the Seattle City Council hammers out next year’s budget, a group of downtown businesses and organizations are urging elected officials to invest more in public safety and mental health services.

“Certain areas in the heart of the retail and arts and cultural core have been taken over for shoplifting and drug trafficking operations. Retail theft is rampant and visible organized fencing operations are costing retailers millions in stolen goods and additional expenses for increased security,” the Downtown Seattle Association (DSA) wrote in a letter to the Seattle City Council and King County Council.

“Simply put, the current systems, programs, responses and interventions are inadequate and ineffective in addressing these issues,” the signers of the letter wrote.

The DSA is also asking the city council to establish a grant program to help businesses and venues pay for private security.

“One arts organization that I know of is spending an additional $30,000 a month on security, and that's money that's not going to their staff or to promote and market events to draw customers back,” said Jon Scholes, president and CEO of the DSA.

The city council is in the process of writing next year's budget.

"My Council colleagues & I will be proposing a large and strategic increase in behavioral health crisis response beyond what the mayor has proposed to create an emergency crisis response for the entire city – including downtown,” said Councilmember Dan Strauss, responding to the letter.

“With the King County Regional Homelessness Authority beginning their intensive work in our city’s core in the near-term, I am confident that we will see a meaningful change downtown.

“At the same time, until we have people working downtown, I am unsure how successful retail businesses will be, because downtown economic activity relies on people working in offices as the city core lacks residential towers,” said Strauss.

“I want to express my gratitude to these leaders for coming forward with thoughtful recommendations to address the public safety crisis in Downtown Seattle," said Lewis. "There is significant overlap between the Council’s 2021 budget priorities and the goals of this letter, including a fully-funded police hiring class and investment in the innovative JustCARE program. This fall, we need to look toward building on those investments in the 2022 budget, and these items deserve our full consideration."

Jeanne Kohl-Welles, who serves on the King County Council, said the city has the main jurisdiction on public safety in downtown Seattle.

Kohl-Welles is sponsoring legislation for the council to potentially acquire and oversee the security of City Hall Park, which is adjacent to county offices and the courthouse.