Officials are working to establish a 49-square-mile quarantine zone around Grandview due to a Japanese beetle infestation. 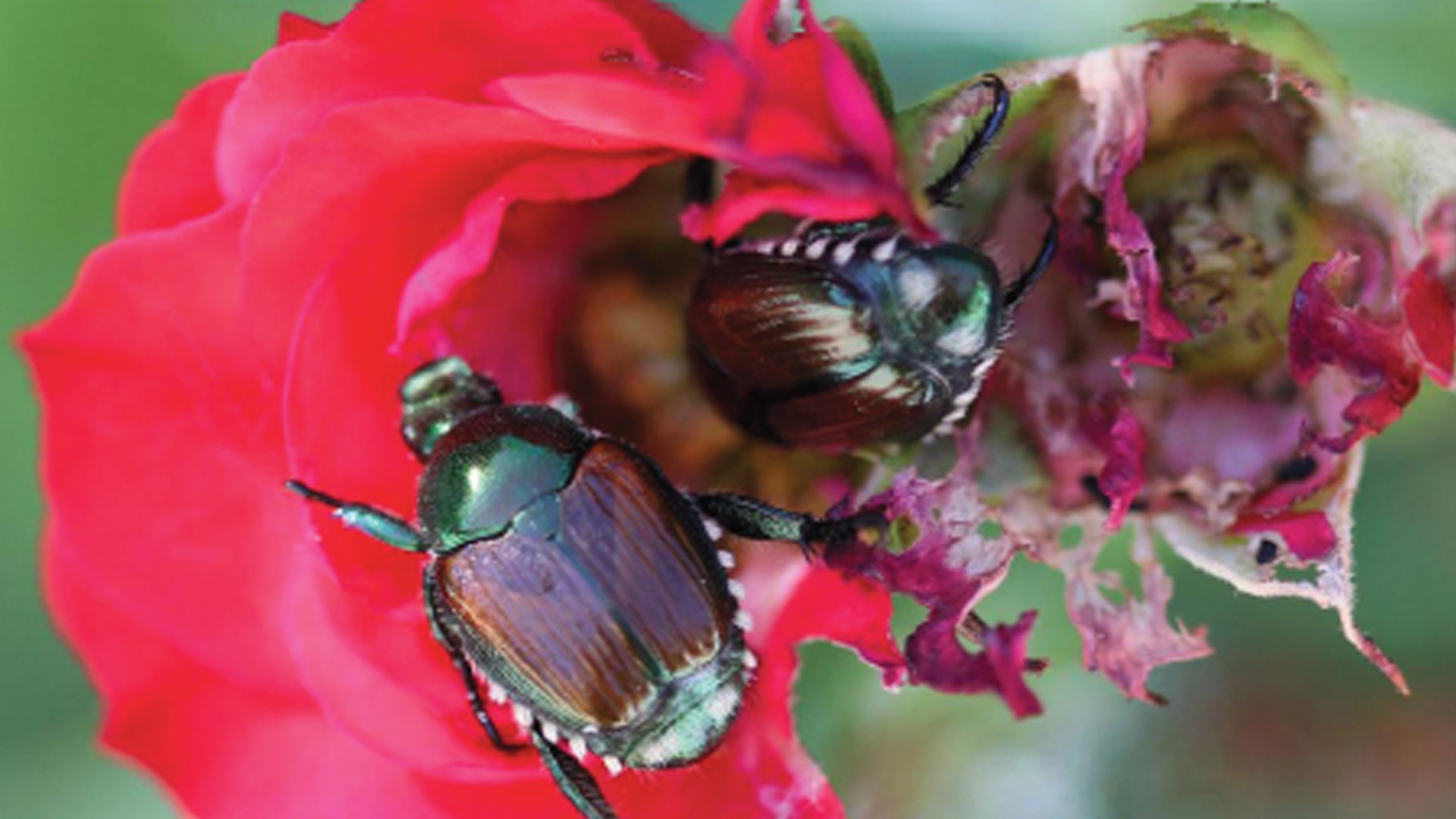 The first is the Asian Giant Hornet, which gained worldwide notoriety after making its appearance amid the COVID-19 pandemic last year.

The second is the Japanese beetle, which attacks many types of plants like roses, hops, grapes and corn along with hundreds of others.

In its trapping season wrap-up on Thursday, the Washington State Department of Agriculture (WSDA) said that 2021 was a record year for Japanese beetles, with more than 24,000 catches alone in the Grandview area, located in the south-central part of the state.

“Catching so many in Grandview this year was surprising considering that only three were caught in 2020 between Grandview and Sunnyside combined,” the report reads.

In response to the “overwhelming” infestation, the WSDA is working to establish a 49-square-mile quarantine around the Grandview area, which would impact areas of Yakima and Benton counties. The quarantine would restrict the movement of soil, yard debris and any plant materials that could help spread the beetles.

Additionally, the WSDA is planning an extensive eradication program that is expected to take years, especially given the number of Japanese beetles already in the area.

Next year, WSDA will be conducting outreach and trapping throughout Yakima and Benton counties.

Three Asian Giant Hornet nests were eradicated in Whatcom County in August and September. Each nest was in a tree, with the most challenging being found 15 feet high.

In 2020, WSDA found just one nest. These hornets are known for attacking and destroying honey bee hives. In just a few hours, a handful of hornets can destroy an entire hive.

WSDA said that the public has played a key role in locating the nests, with two of the three eradicated this year being found based on reports from residents in the area.

The biggest challenge for the WSDA is that there is no dominantly effective trap for the hornets. “While the traps we use catch hornets, they do not appear to be irresistible to them,” WSDA wrote.

The U.S. Department of Agriculture is still working to develop a more effective trap for the hornets.

2021 was also the first year that WSDA found the velvet longhorn beetle, an exotic wood-boring insect, within the state.

The insect was found in Kent in the summer but was the only one detected. Traps for wood-boring insects are typically set around important high-risk sites like ports and shipping distribution sites, according to the WSDA.

Additional traps were set in the area where the longhorn beetle was found, and the WSDA plans to continue visual surveys and outreach in 2022.

The WSDA’s Pest Program monitors for more than 130 pests throughout the state. Most of the pests surveyed have not been detected in the state.