White-nose syndrome, which is caused by this fungus, has severely impacted bat colonies on the East Coast. 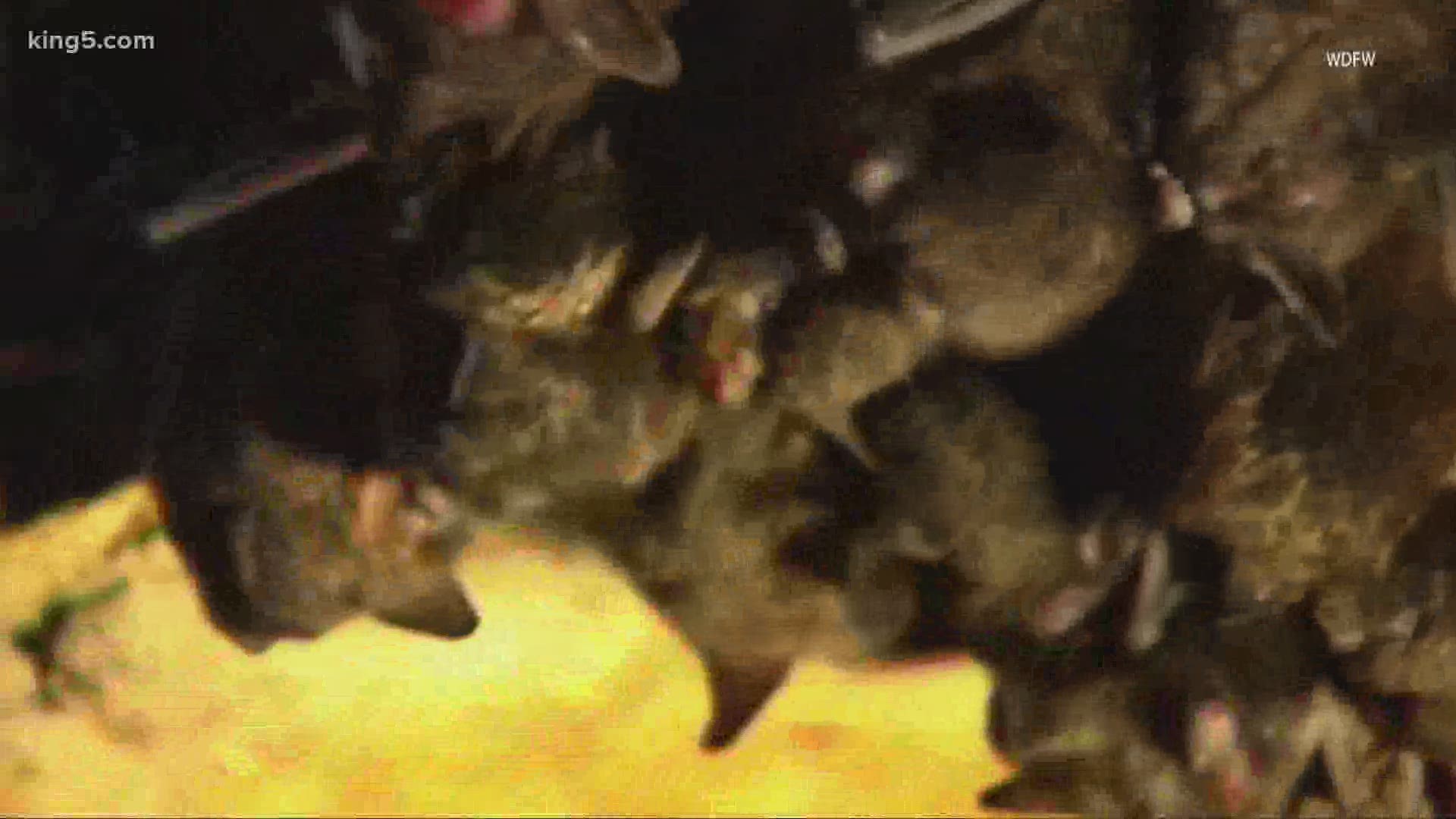 State wildlife officials have identified the fungus that causes a deadly disease in bats in two new Washington counties.

Pseudogymnoascus destructans, the fungus that causes white-nose syndrome in bats, was recently identified in Snohomish and Chelan counties, Washington Department of Fish and Wildlife said. Previously, the fungus or cases of white-nose were recorded in King, Kittitas, Lewis and Pierce counties.

The fungus is not dangerous to people or animals, but causes serious problems for some bats. Skin problems make flying difficult, and it can wake them from hibernation early, which makes the bats more vulnerable to predators, weather and food scarcity.

WDFW says these new identifications were found in samples of the bats excrement – called guano. They note white-nose has not been found in these bats yet. But the big takeaway is it continues to spread in Washington. That is a concern, since the syndrome has severely impacted bat colonies on the east coast.

“We may find it in more counties, we’re continuously doing testing,” said Rachel Blomker of WDFW. “We can expect to see that we’ll have some white-nose syndrome cases likely in the next year or so in those areas.”

“These findings are concerning and suggest the fungus that causes white-nose syndrome continues to spread in Washington,” said Abby Tobin, White-nose Syndrome Coordinator for WDFW. “We’re concerned this eventually may lead to population declines in Yuma myotis, little brown bat, and other bat species vulnerable to the disease.”

White-nose was first found in Washington near North Bend in 2016. Since then, the state has recorded more than 70 cases of the disease in four species of bat. A map is available here.

There are a lot of questions about how white-nose will affect and spread among western bats, Blomker said. And bats are a critical part of the ecosystem.

“All the bats in Washington, all 15 species, are insect-eating bats,” Blomker said. “And so they’re eating those night-flying insects that can damage our crops, can be damaging to our forest health, and mosquitoes and other pests that can bother us, and human health.”

Humans can carry the fungus on their clothes, so state officials ask you give bats their space to prevent transmission. It’s also good general advice because bat-human rabies transmission can be a concern. So if you’ve handled a bat for some reason, the state says to call your health department immediately, and if you see one flying around during the day, or in cold weather, report it here.

Another complication in this research is that it is unknown if humans could transmit coronavirus to bats — the animal in which the virus is believed to have emerged in China. For that reason, researchers are social distancing from bats for the animals' protection.