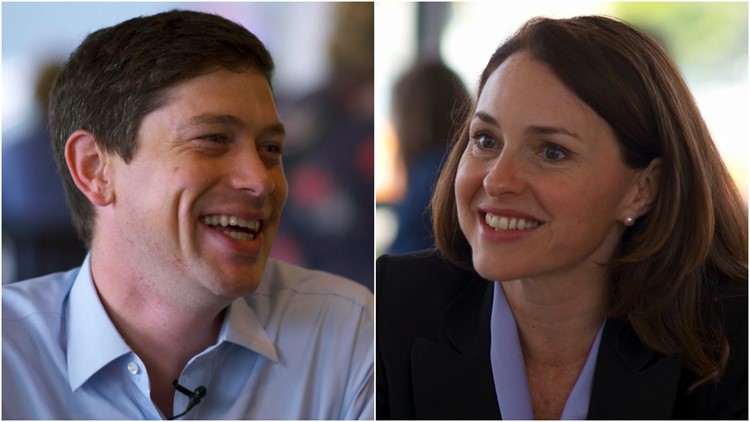 SEATTLE — In an unprecedented Seattle City Council election, we hoped to highlight the candidates in a unique way.

There are seven seats up for grabs, and instead of showing you the typical stories about why they’re running, we opted for a conversation.

KING 5’s Chris Daniels asked each candidate to give him a half-hour and to share a drink at one of their favorite locations. They chose the spot and the type of drink. The goal wasn’t necessarily to ask them all the same questions they’ve heard on the campaign trail but to show a different side of their personality. The choices and the subjects varied.

We edited the conversations chronologically for time and brevity. The segments will air weekdays between Oct. 14-31.

Dan Strauss is a current policy advisor for Seattle City Councilmember Sally Bagshaw, who will not seek re-election. Strauss sat down for a coffee at the legendary Ballard bakery, Larsen's, to talk about why he believes his roots make him a viable candidate and not one like his predecessor, Councilmember Mike O'Brien.

Heidi Wills is a former Seattle city council member, who lost re-election in the early 2000’s after a city hall scandal. Wills talks over a green tea at the National Nordic Museum about what she’s learned and why she believes her experience is important now.