Animal rescue workers say the number of wildfire-related injuries is growing every year. 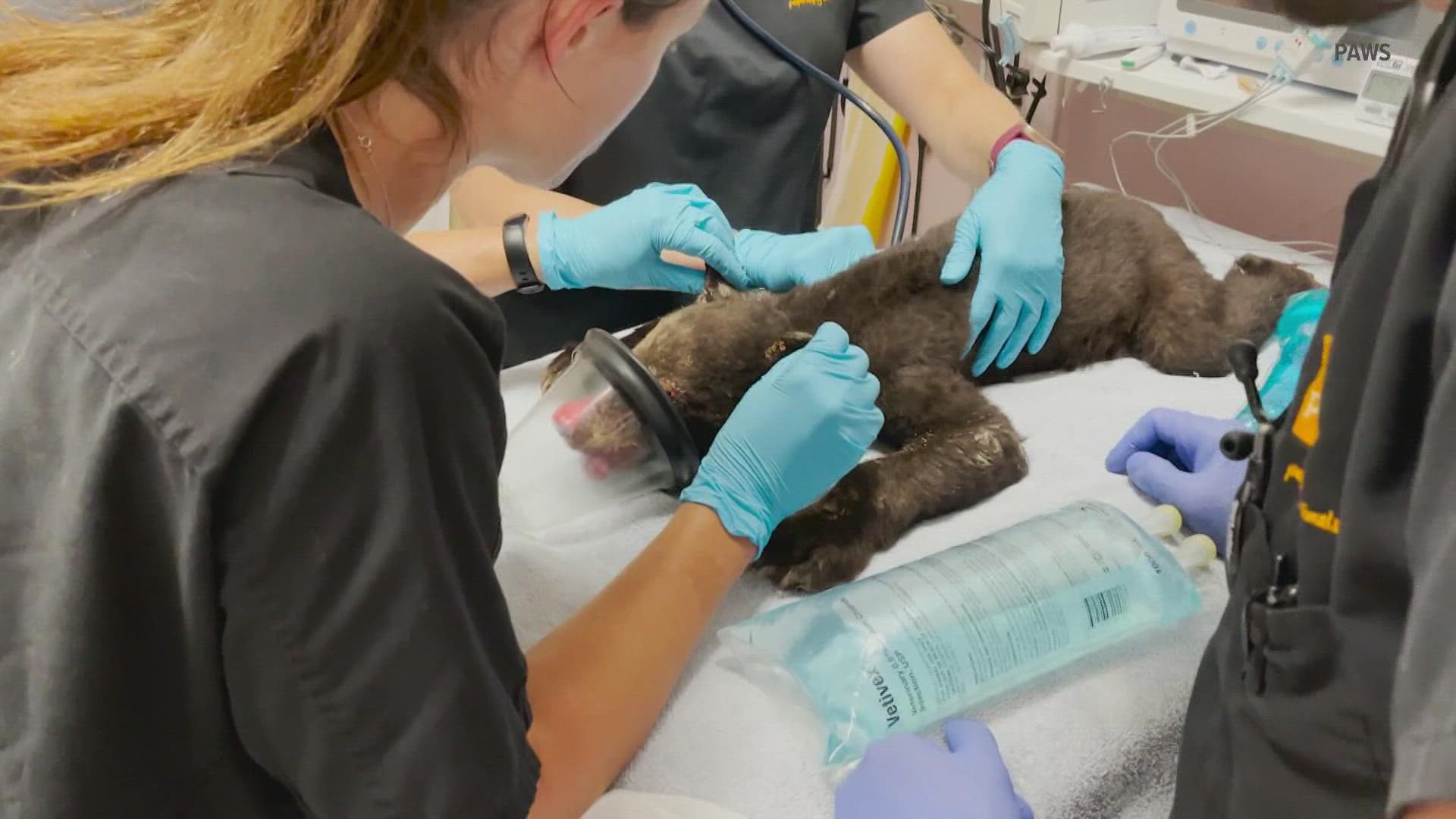 They were all brought to the Progressive Animal Welfare Alliance (PAWS) in Lynnwood. One of them had to be euthanized.

The three others, two of them believed to be siblings, remained in "guarded" condition Tuesday.

They are among the often invisible victims of wildfire season -- the countless animals killed, wounded, orphaned and burned out of their homes every year.

"To be honest, it's just heartbreaking," said PAWS veterinarian Dr. Nicki Rosenhagen. "They're so resilient and they're so tough but they're in pain and they don't understand."

Each bear suffered severe burns to its face, ears and paws. One of them was so severely burned it wandered blind, its eyes swollen shut. Another's paws were so damaged it was forced to crawl out of the forest on its elbows.

While recovering, the cubs are kept away from people as much as possible and monitored around the clock by video.

Workers at PAWS say in their 34 years of treating bears they've never encountered any burned in a wildfire.

"This one, for me, was very traumatic," said Lynn Jefferson, who documents animal rescues and surgeries for the organization. "You're seeing the devastation of the burns and the animals suffering. You're also seeing the dedication by our people to save them."

The bears are all victims of this year's 25 Mile and Cedar Creek fires near Chelan and Wenatchee, respectively. Washington wildfires have scorched more than 4 million acres over the past decade. Wildfires have burned 1 million more acres in the Pacific Northwest this year compared to 2020.

State Lands Commissioner Hilary Franz attended a Tuesday press conference at the facility designed to convince people to observe burn bans and properly put out campfires. Nearly 90% of all wildfires in Washington are started by people.

Franz said those animals that do manage to escape face a difficult future.

"These fires shrink their habitat. Those landscapes have burned to such an intensity it will take many years for that area to come back and become revitalized as a place where they can live," Franz said.

The cubs face eight to nine months of treatment at PAWS. The cost of their care is estimated at about $7,500 per bear.

If the three cubs are eventually released they'll face a future with no mothers to guide them. For now, though, they are growing stronger each day with the hope that once they are out of the woods they'll be able to return to the forest and survive.

"It's an emotional struggle for the entire staff and everybody who works with these animals," said Dr. Rosenhagen. "But the reward is seeing them come through in the end."