In Washington, human-caused fires like those started by cigarettes, campfires and more account for a total of 737 fires. 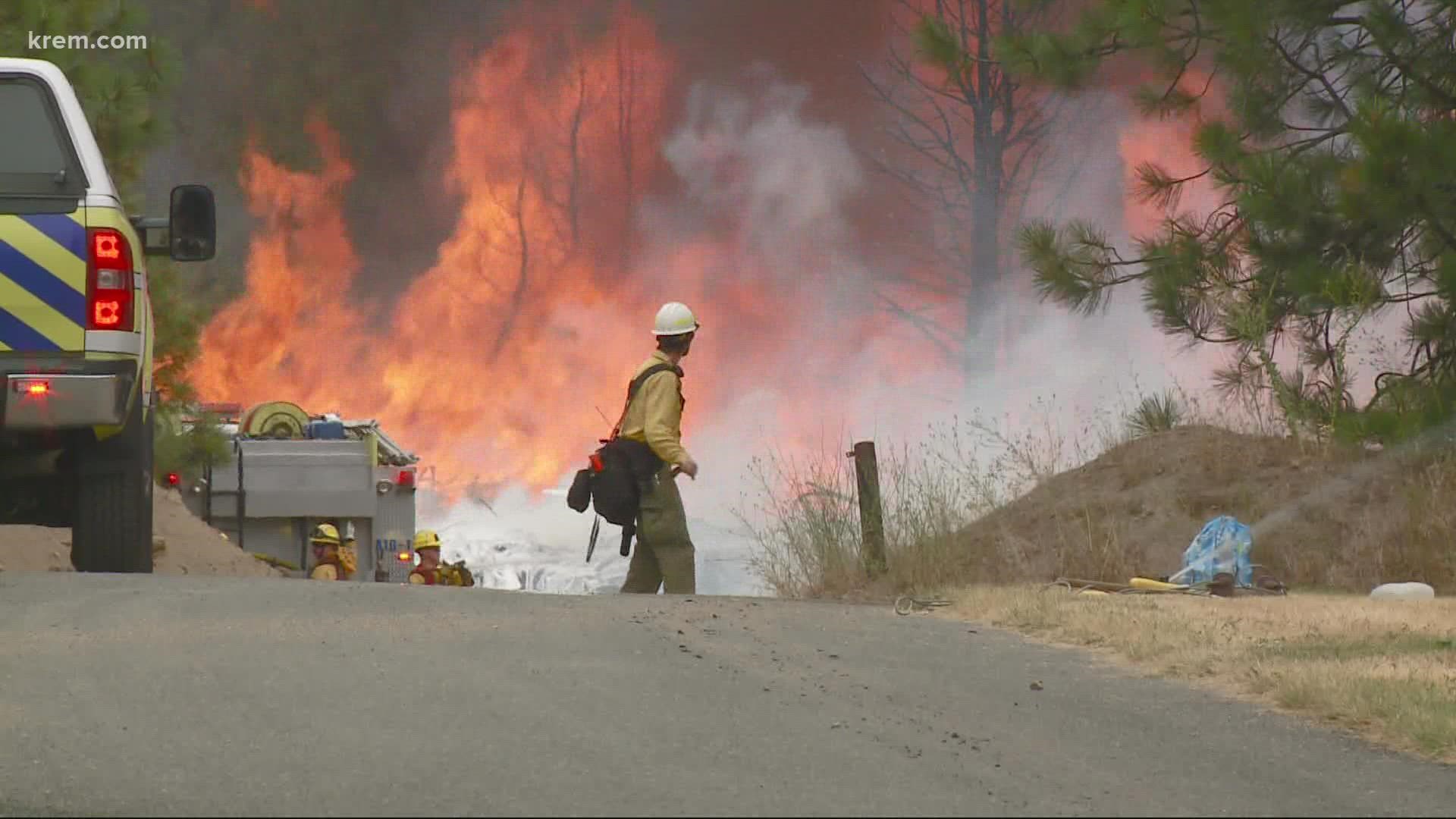 WASHINGTON, USA — The 2021 wildfire season is one of the worst in U.S. history.

“Only you can prevent forest fires” is the message Smokey Bear has shared for decades but the problem of human caused wildfires remains. Millions of acres have burned across the west and there were more than 50 large fires actively burning as of Aug. 16. Most of the fires could have been prevented because most of them were started by people.

In Washington, human-caused fires like those started by cigarettes, campfires and more account for a total of 737 fires. Here's the data from other states in the west:

Additionally, as more people have turned to the outdoors because of the ongoing COVID-19 pandemic, the problem is only getting worse.

State fire investigations often take months to determine an official cause for a wildfire. That means these numbers for human-caused fires are only expected to get higher.

Debris burns are one of the biggest causes of wildfires in Washington state. There have been more than 250 already this season alone. In Idaho, it's estimated one out of every five wildfires in the state is started with a debris burn.

Angie Lane from the Washington Department of Natural Resources said they have surpassed 2020's human caused ignitions. The state is up by 55% from this time in 2020.

"That tells me that we need to do a better job with prevention. We need to get the message out early rather than late about our conditions," Lane said.

Those conditions are only fueling the problem.

As severe drought persists across the west, even small fires are spreading out of control faster than ever. That's why fire investigators aren't afraid to issue citations or even file criminal charges against someone who starts a wildfire.

That was the case in Oregon in 2017, when the Eagle Creek fire spread through the gorge, after a 15-year-old lit a firework and tossed it into the canyon, starting a fire that would eventually consume an area larger than all of Washington DC.

During 2020 in California, a Los Angeles couple faced manslaughter and reckless burning charges after their gender reveal smoke-bomb started the El Dorado Fire that exploded in tall grass, burned thousands of acres and even killed one firefighter.

So far in Washington, zero citations have been issued in 2021.

Spokane County Fire District 8 Chief Lonnie Rash said everyone has consequences for their actions, whether they intended to or not.

"I think it's important that people just understand that there's a consequence to your action, and that that action could be jail time," Rash said.

It's important to note that arson numbers are incredibly low with less than 24 confirmed cases in Washington for the 2021 season.

That means the vast majority of human caused fires are simply because people were being careless.