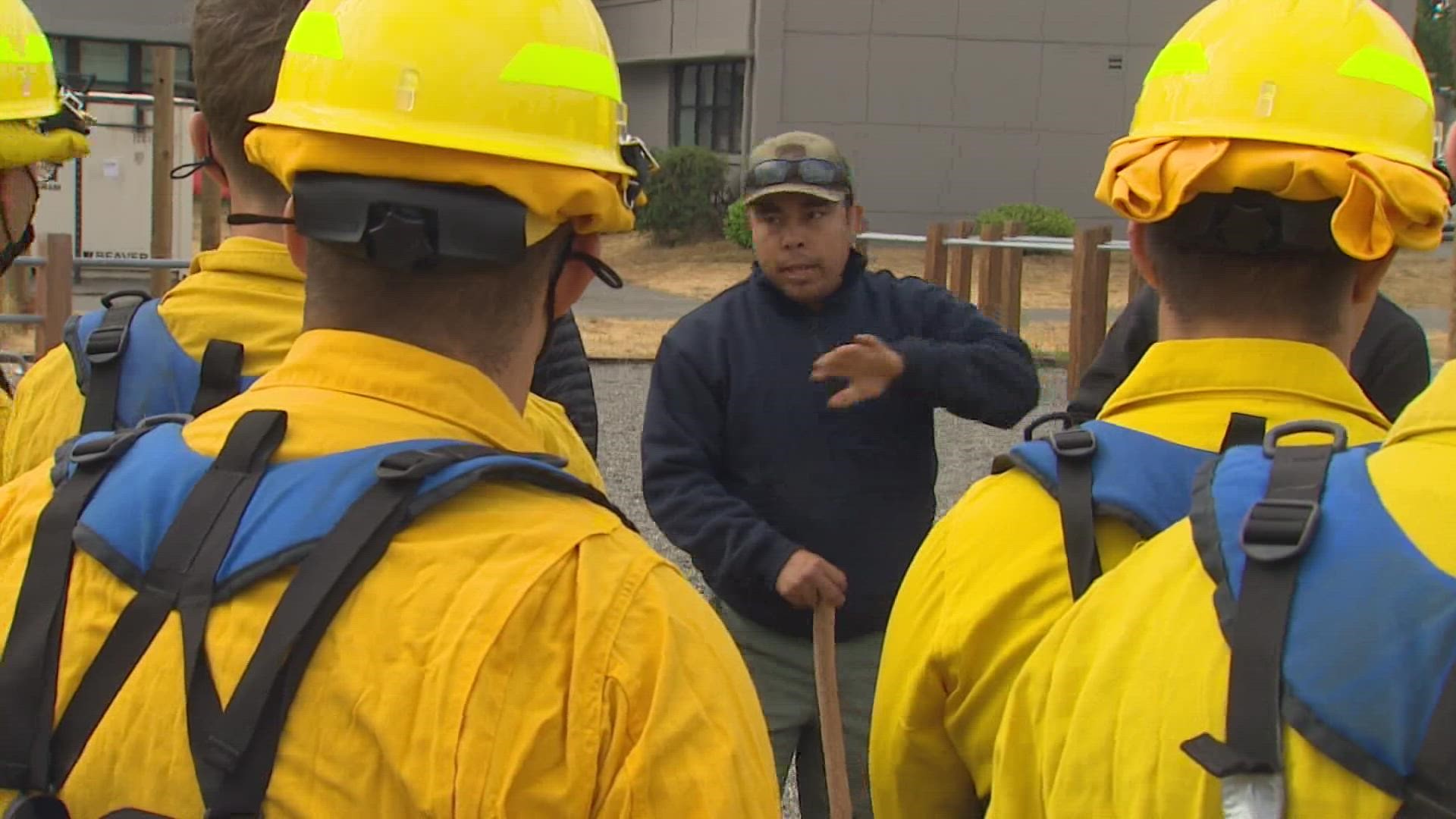 JOINT BASE LEWIS-MCCHORD, Wash. — Soldiers from Joint Base Lewis-McChord head to California Tuesday to help firefighters battle the Dixie Fire in the northern Sierra Nevadas.

On Monday, 200 soldiers from engineer and infantry battalions received firefighting training from federal crews in preparation.

”We’re at a preparedness level 5, high alert, which means we’re out of resources both nationally and at the state level,” said Frank Guzman, with the U.S. Forest Service.

The Dixie Fire has burned more than 777,000 acres, making it the second-largest in recorded California history. It is the largest wildfire currently burning, wiping out the historic town of Greenville. It continues to threaten thousands of homes about 175 miles northeast of San Francisco.

Capt. Matt Schultes has been in the Army for six years. He’s deployed to Africa and India, but he’s never fought wildfires before.

"We're used to change," said Schultes. "That's the one certain thing in the military is change. I gotta say, my soldiers have definitely executed the battle drill very well."

He will be leaving behind a wife and two sons for a month, perhaps longer.

“[My wife] is used to the drill,” said Schultes. “After six and a half years, she understands what this is going to be like.”