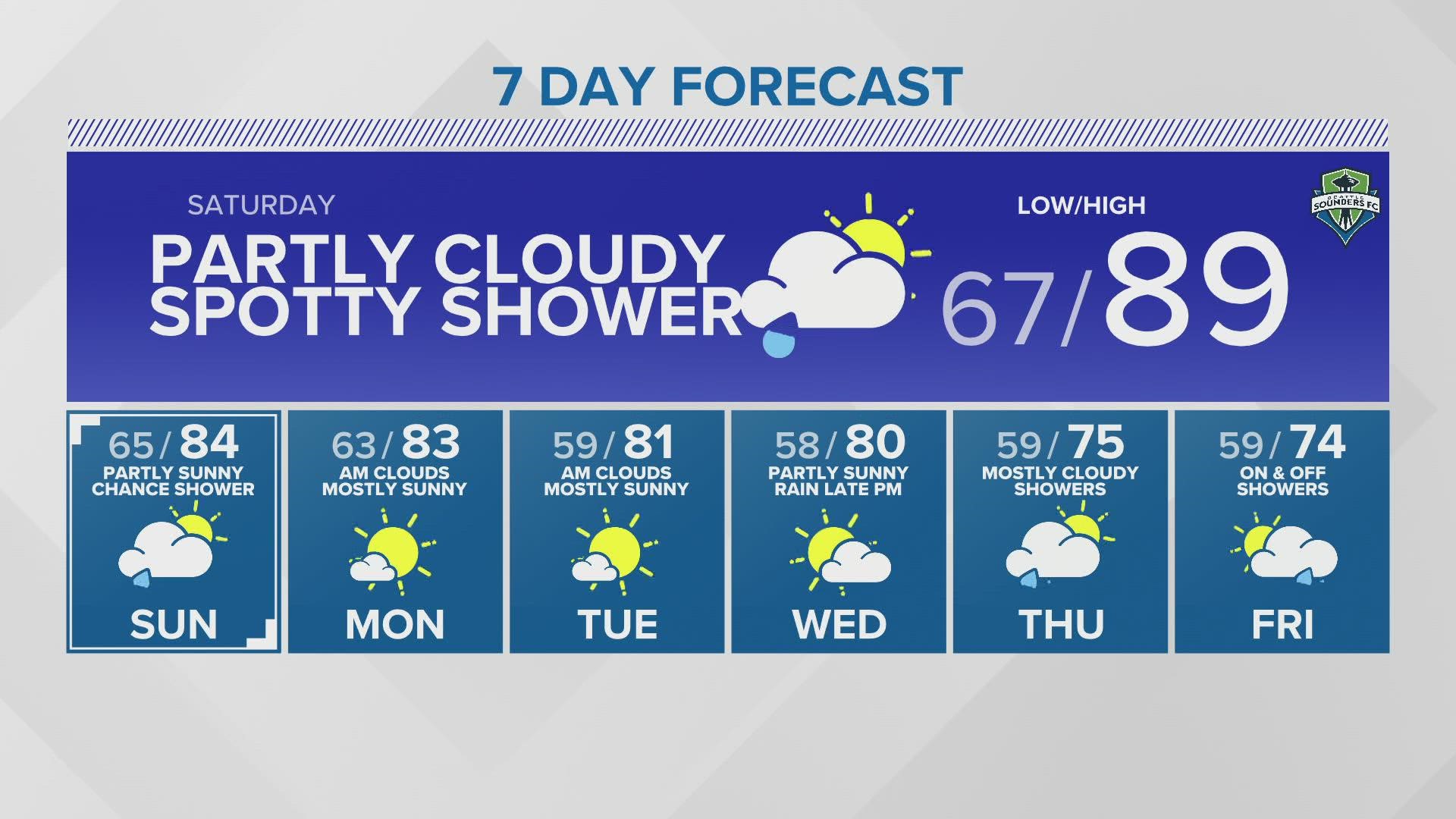 The Seattle Police Department (SPD) this weekend is adding extra patrols to three Seattle neighborhoods where they’ve been responding to an uptick in late-night shootings.

SPD says it is deploying the additional officers to Pioneer Square, Belltown, and the downtown core, areas with an increasingly busy nightlife.

“We know that sometimes a shooting will occur after a physical fight, and so if we can be there to break up that physical fight, get people separated, break things up before they escalate to the point of a shooting, obviously that’s where we want to go, we want to prevent these things from happening in the first place,” said Detective Valerie Carson, Friday. Read more

Heat advisory issued for parts of western Washington this weekend

The National Weather Service (NWS) has issued a heat advisory for many parts of western Washington on Friday.

With temperatures expected to reach the 90s and little overnight relief, the weather service said areas including parts of Pierce, Thurston, Mason, Whatcom and eastern King and Snohomish counties have a high chance for heat risk Friday and Saturday.

Some precautions residents could take include staying hydrated, wearing lighter clothing and limiting time outdoors, according to NWS. Officials also ask that residents check on their children and pets as well as any elderly they know in their community. Read more

To verify, we compiled studies out of China, India, Scotland and consulted with Dr. Larry Corey, who is coordinating all of the COVID-19 vaccine research in the U.S.

Corey told KING 5 the "delta [variant] appears to be more infectious than its previous cousins and sisters.” However, there is currently not enough data to prove the delta variant is more deadly than previous versions of the virus. Read more

Inslee focuses on climate change in wildfire roundtable with Biden

Washington Gov. Jay Inslee pushed for a focus on climate change as the ultimate solution to wildfire devastation during a roundtable with President Joe Biden and six other governors Friday.

“There is nothing in human intervention against these fires while climate continues to ravage our forest,” Inslee said.

Inslee and six other governors from western states spoke with Biden about the wildfire situation in their state and shared what type of help they needed from the federal government. Read more

This summer’s heat wave and ongoing drought conditions have been tough on farmers around western Washington. Growers have been struggling to protect their crops, especially the more delicate varieties susceptible to summer heat like berries.

The record-setting temperatures impacted crops differently based on where they were in their growing cycle and how high the temperatures hit in their area.

At Spooner Farms in Puyallup, they thought they might lose a significant portion of their raspberries. Read more