Inslee focuses on climate change in wildfire roundtable with Biden

Gov. Jay Inslee spoke about Washington's wildfire season, which is shaping up to be one of the worst in state history. 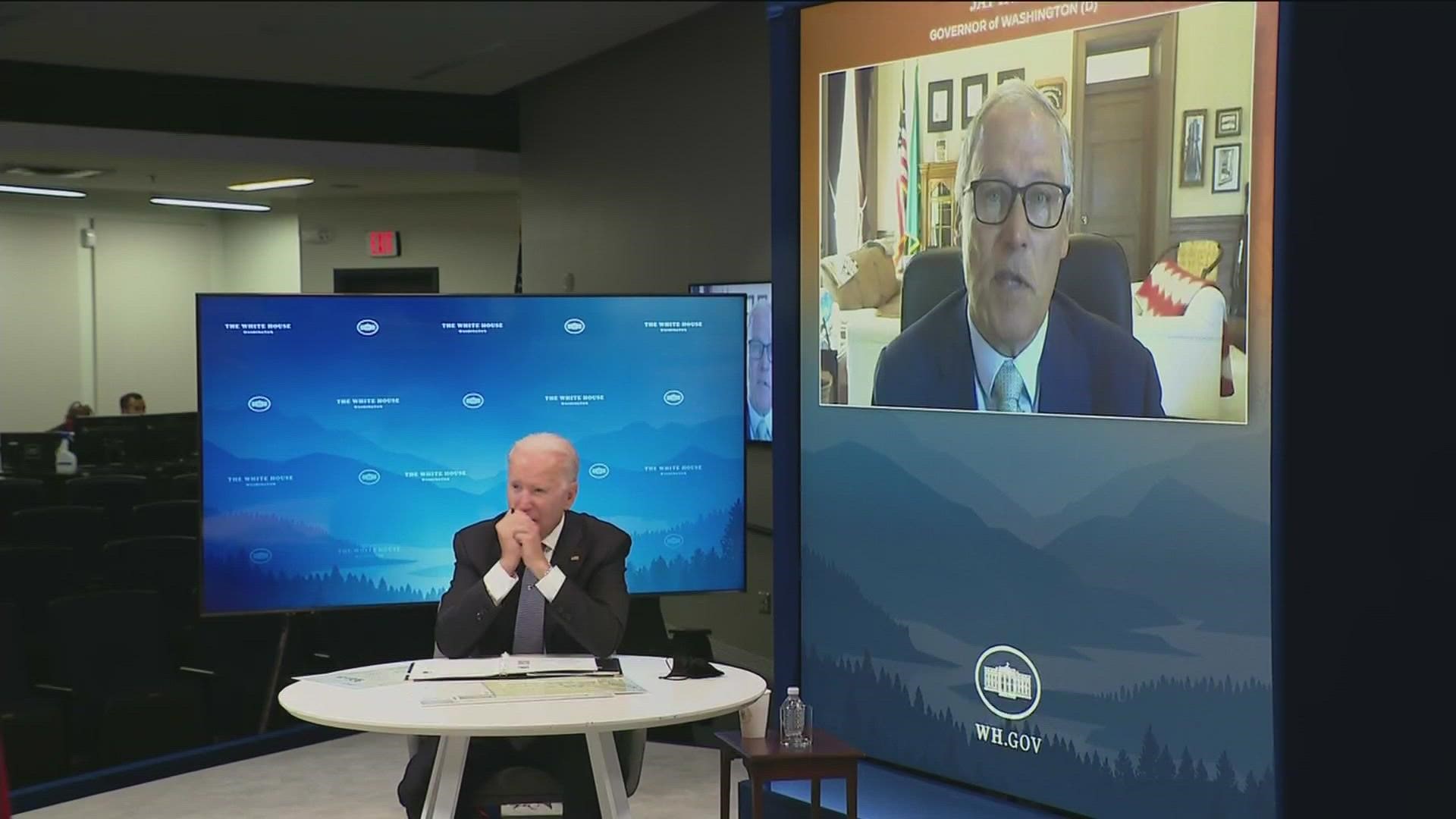 Washington Gov. Jay Inslee pushed for a focus on climate change as the ultimate solution to wildfire devastation during a roundtable with President Joe Biden and six other governors Friday.

“There is nothing in human intervention against these fires while climate continues to ravage our forest,” Inslee said.

Inslee and six other governors from western states spoke with Biden about the wildfire situation in their state and shared what type of help they needed from the federal government.

Inslee highlighted Biden's infrastructure plan as a step forward in fighting climate change and said Biden should know he has "an army behind (him) standing tall" during negotiations with Congress.

Among Washington's more immediate concerns, Inslee said the state's needs were similar to other western states, including more aerial assets, more dozer bosses to get dozers to fire lines and additional training for crews. Inslee said Washington also has an emerging concern about fuel supply for aerial assets.

Inslee told Biden that he was working with the president's staff on better independent assistance for towns that burn down in a wildfire, such as Malden, Wash. in Whitman County, which was destroyed by fire last year.

Washington is in the middle of what could be one of the worst wildfire seasons in state history. More than 240,000 acres have burned so far, which is close to the total acreage that burned in 2019, according to Public Lands Commissioner Hilary Franz.

As of Thursday, there has been 836 fire starts in Washington this season, at least 61% of which were caused by people, according to the Washington State Department of Natural Resources.

Franz said firefighters are battling conditions not usually seen until the end of August.

A historic heat wave and emergency drought conditions are among the factors fueling dangerous conditions this summer.

Inslee declared a drought emergency for most of the state on July 14. Conditions worsened over the next two weeks, and as of Thursday, most of the eastern half of the state was in either extreme or exceptional drought, according to the U.S. Drought Monitor. Most of western Washington is either abnormally dry or in a moderate drought.

RELATED: Why isn't the Seattle area in a drought like the rest of the state?