The department usually has six people, but Brier is having trouble recruiting and retaining officers. The city is contracting with Snohomish County for coverage. 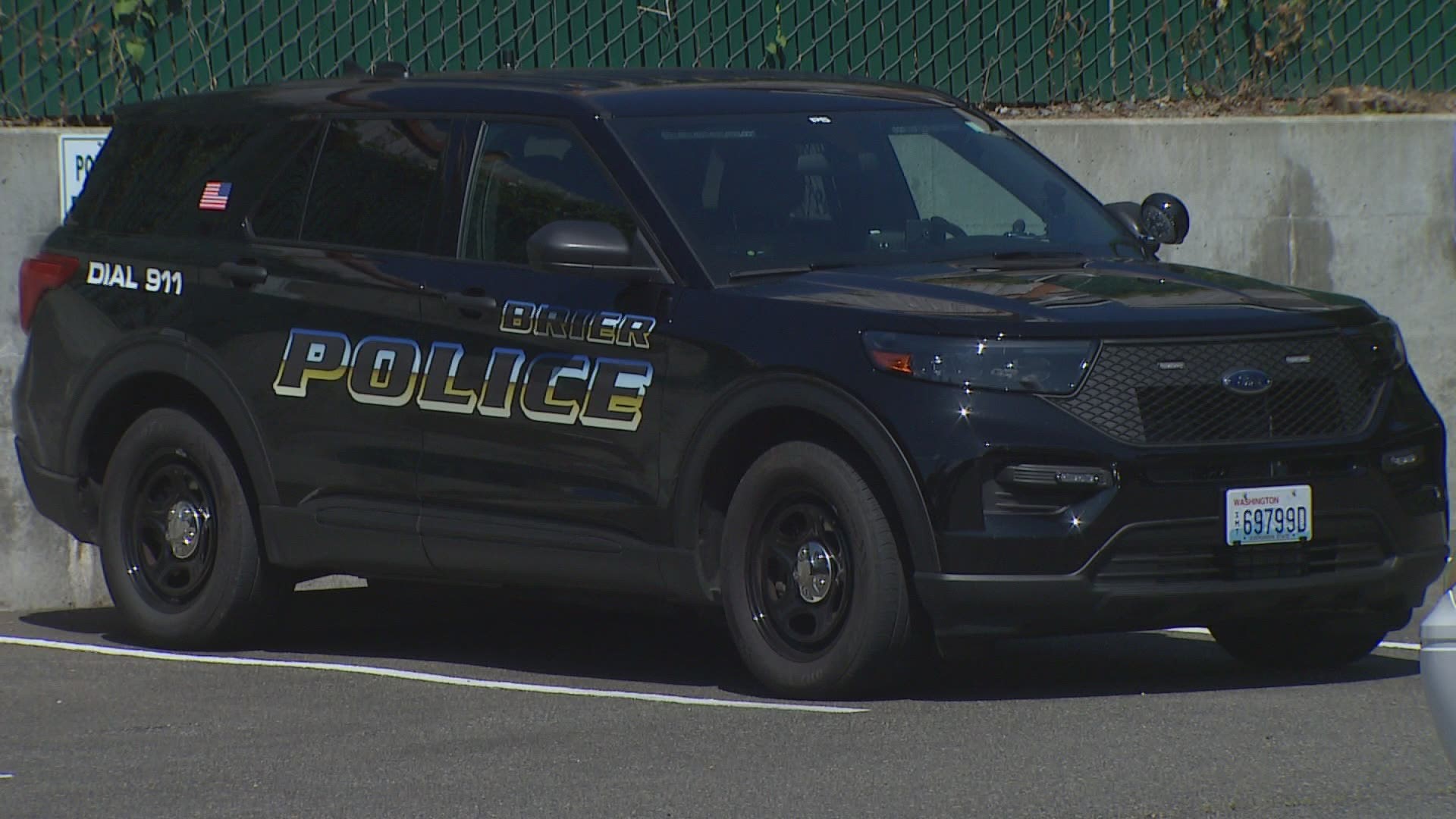 BRIER, Wash. — With a population of 6,900 people, Brier is a sleepy bedroom community near Lynnwood.

While crime rates are much lower than in bigger cities like Seattle, Brier is experiencing similar problems keeping police officers on the roster.

Officer Keli Otake has been on the Brier police force for two years and has steadily seen its numbers drop. Where there were once six full-time officers there are now just two. Even the police chief position is open.

That means Otake is the only one on patrol during the day, making her job even more difficult and dangerous.

"I'm perfectly fine asking for assistance [from another department] when I need it, but it would be nice to have two officers in the city, at a minimum, at all times," Otake said.

Brier is just one of many cities around the country where officers are leaving the profession in droves. Seattle has lost more than 200 officers, while Portland has lost around 115. Louisville, home of Breonna Taylor, is down 190 cops, and the New York Police Department has seen 2,000 people leave the force.

Being down four officers may seem insignificant compared to losses in other places, but it does represent two-thirds of Brier's department.

When Mayor Dale Kaemingk went to neighboring cities for help filling his depleted roster he found the well was dry.

"They were having trouble recruiting and retaining officers, as well, so they weren't able to help," Kaemingk said.

Sgt. Nathan Alanis is on loan to the Brier police department from Snohomish County while the department tries to rebuild. He serves in a supervisory role.

Alanis said the fallout from the Minneapolis police killing of George Floyd continues to thin the ranks. Washington's new police reform laws, which take effect this Sunday, are pushing even more people out of the profession, he said.

"Some people are willing to stick around and see what happens. Other people don't want to face that uncertainty. They don't want to be the test case, so they're taking this opportunity to leave."

Brier has signed a 6-month contract with Snohomish County for 24/7 police coverage, but it isn't cheap. The city is now paying $16,000 a month for the county's services, which include a helicopter and K9 units, should they be needed. The city is also paying $122 an hour for coverage on weekends.

Mayor Kaemingk said savings from the lost officers will help pay for those services and keep the city in the black.

Police pay is yet another issue small departments face. Brier starts police at $27.61 an hour -- about $5 below the state average for police and more than $9 an hour below the overall average for workers across the state.

For Officer Otake, that could mean many more solo patrols, but she's getting used to it.

"You get what you get and you deal with it," she said.