Sunday brings back rain and cooler temperatures along with breezy wind at times. More rain Monday morning changes to a showery start to the week. 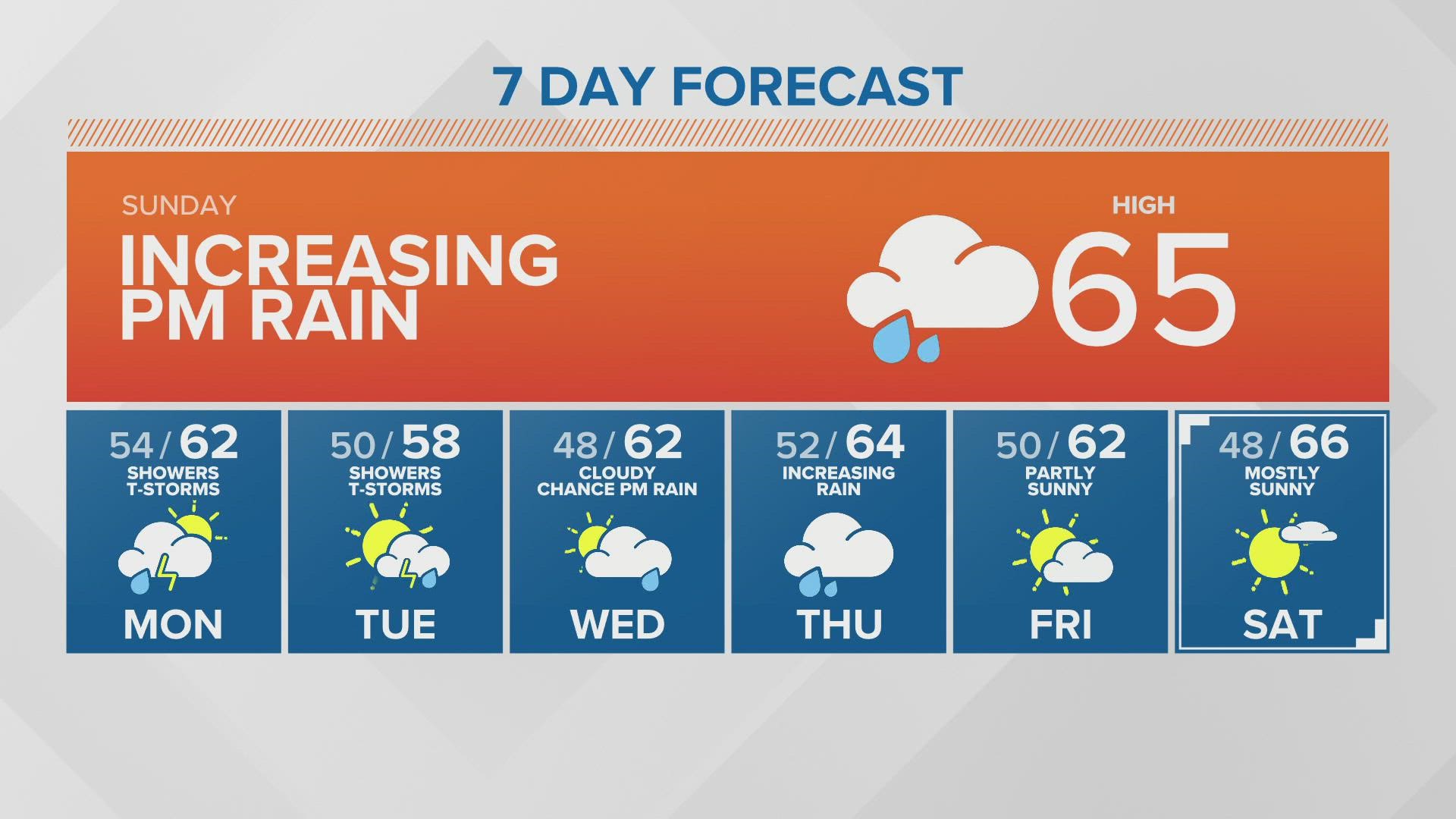 Rain will arrive on the coast, Strait, and San Juans early Sunday morning. Expect gusty wind along the coast and northern waterways Sunday morning, from the south 15-30 mph. High will be in the 60s.

Rain will move into the coast early Sunday morning, into Bellingham by around midday, and spread southward through Puget Sound during the afternoon. Highs will cool to the 60s. Expect breezy wind with gusts late Sunday night into early Monday as rain increases with a new front approaching early.

A cold front will move through Puget Sound early Monday, changing the steady rain to off-and-on showers. There will be a chance of a few thunderstorms as the front moves through.

Cool, unstable air will move into western Washington Monday night and Tuesday for more showers and a chance of thunderstorms again. Snow levels will fall near 5,000 feet for mountain snow. Highs in the upper 50s and low 60s both days.

Wednesday, after a few morning showers, shapes up to stay partly sunny and dry. Thursday another front increases rain and breezy wind in the morning, changing to afternoon showers and continued cool.