Heavy rain moving into western Washington will clear up on Friday, drying out in time for the weekend. 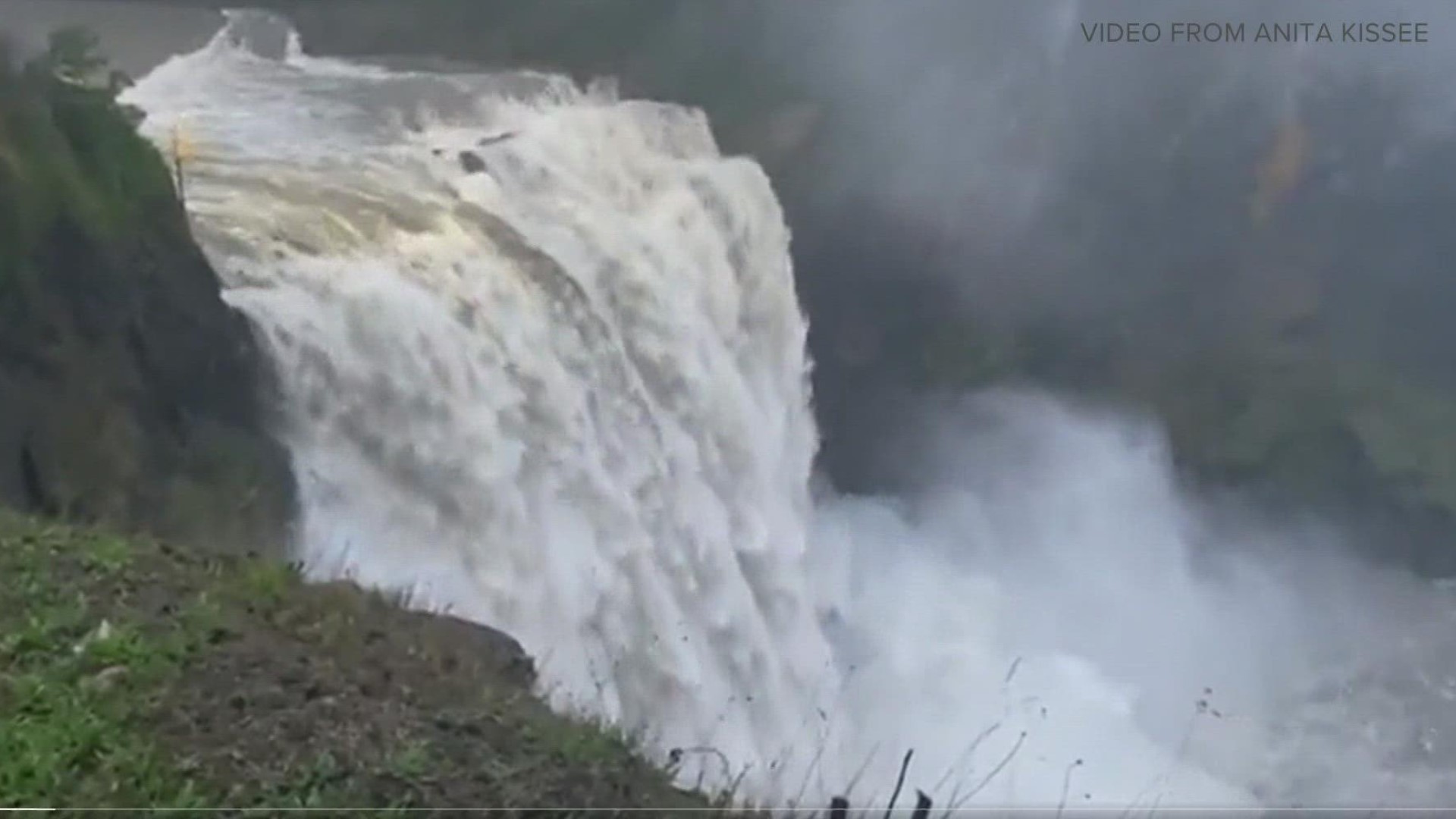 SEATTLE — Rain will clear up Friday morning in western Washington as an atmospheric river begins to move out of the area in time for the weekend.

Atmospheric rivers are bands of atmospheric moisture that transport large amounts of water from the tropics and subtropics northward. They are the largest "freshwater" rivers in the world and can lead to major flooding when they stall over an area for several days.

Click here to see the radar and current conditions.

The weather system broke a daily rainfall record for Seattle on Thursday, according to the National Weather Service (NWS).

River flooding from the recent heavy rain is expected to continue Friday and into the weekend as rivers crest over the next 12-18 hours and begin receding.

A Flood Advisory is in effect for parts of King, Lewis, Pierce and Thurston counties.

Click here to check river forecasts from the NWS.

If you live in a flood-prone area, sign up for flood alerts ➡️ https://t.co/TqhB63oQ4g#KingCountyReady #WAwx pic.twitter.com/0slCwkSEEb

Standing water was reported over roadways in Kent and Tacoma.

The heavy rain will also increase the risk of landslides across the Puget Sound region. A slide was reported on SR 20 on the North Cascades Highway Thursday evening. The highway was shut down for the night between mileposts 134 and 171 due to heavy rainfall through Friday morning.

Before Friday afternoon, the atmospheric river will slide off to the southeast, drying out the skies and clearing into sunshine, just in time for a sunny, mild weekend for trick-or-treaters. 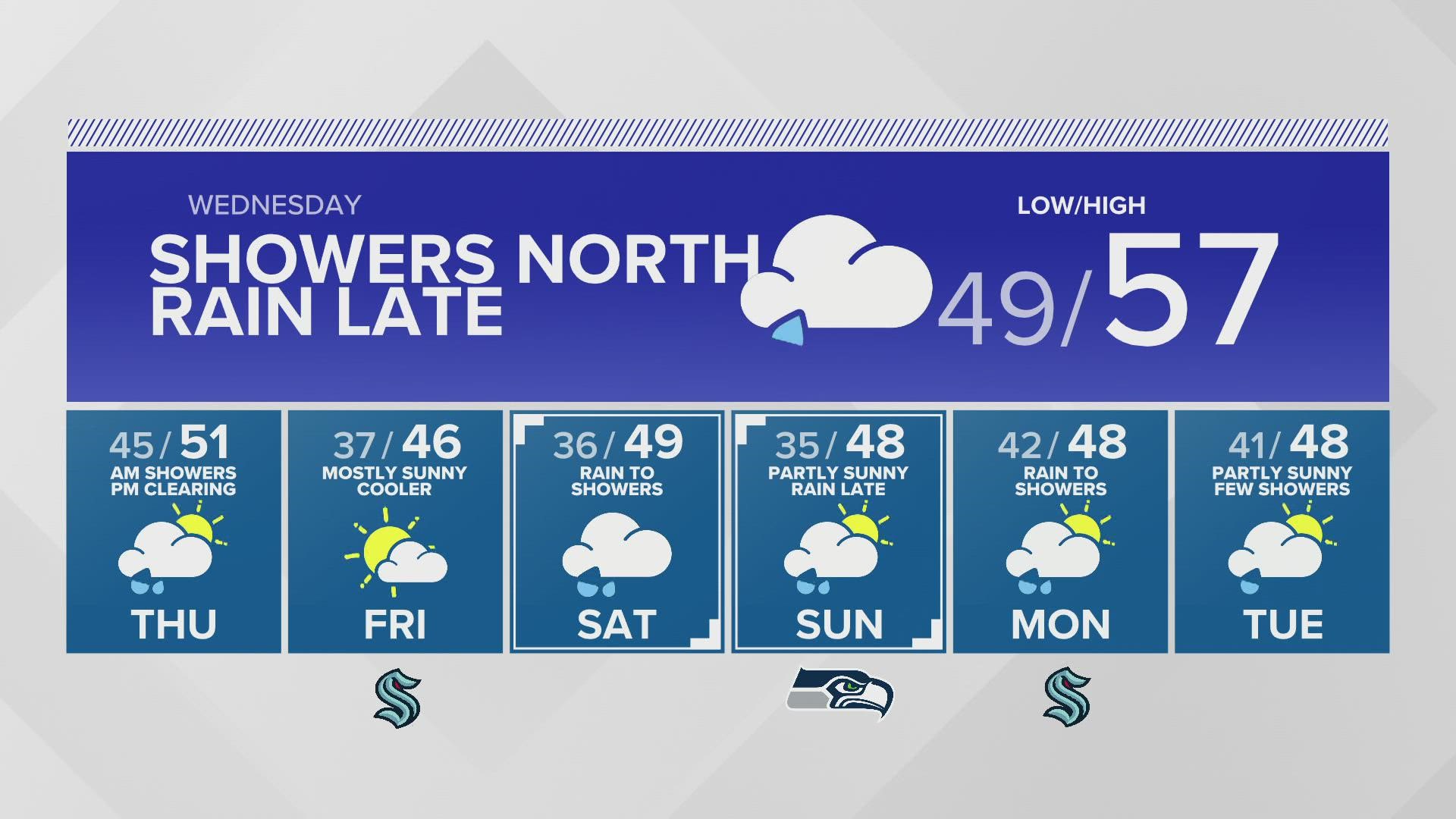