Here’s what we mean when talking about watches versus warnings and flood stages. 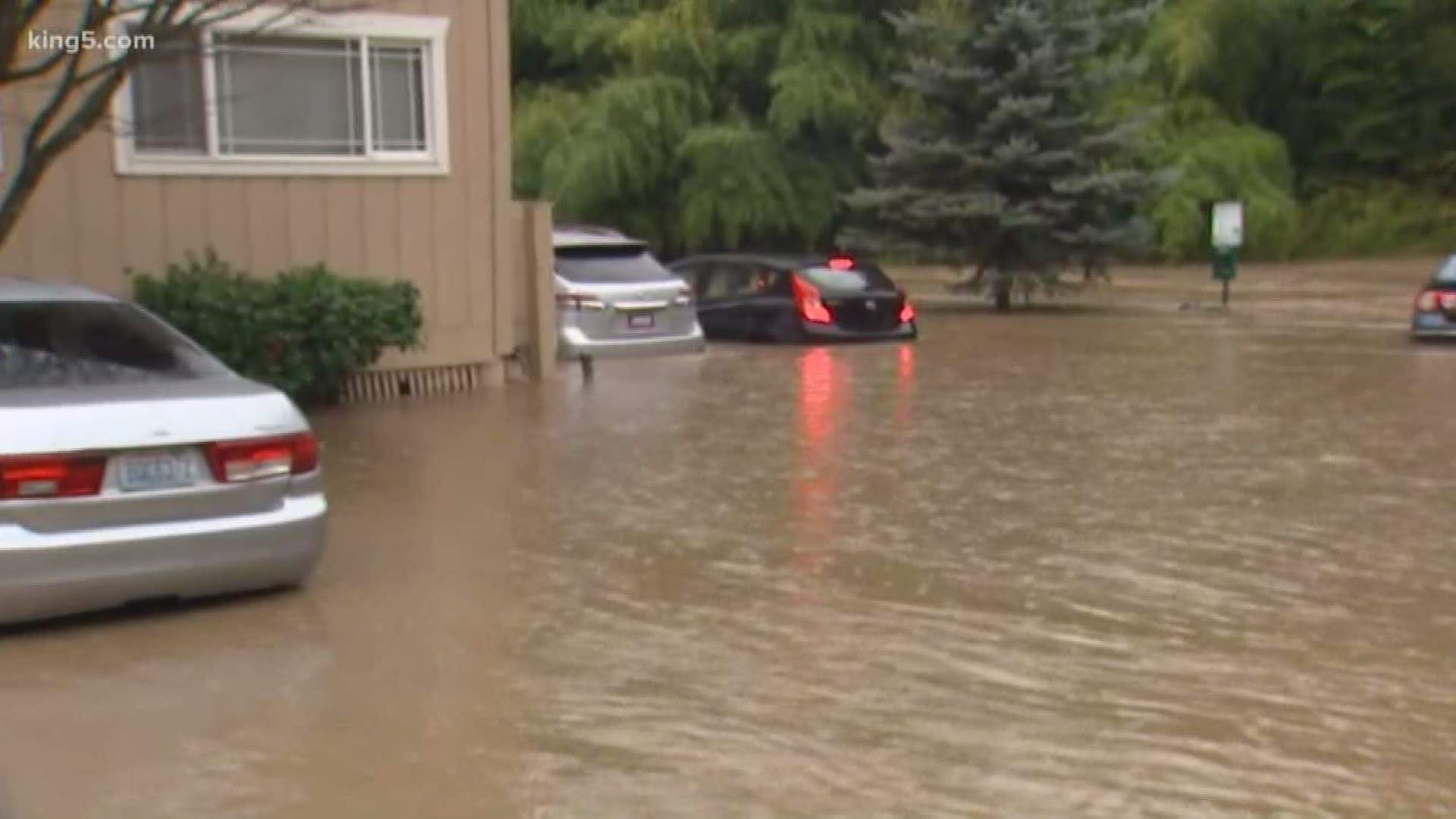 SEATTLE — Some areas of western Washington tend to see moderate or major flooding after heavy rainfall. Here’s what we mean when we’re talking about different flood stages and what to expect when a river crests.

Watches are issued when flooding is possible, according to the National Oceanic and Atmospheric Administration. Residents should be on alert.

Warnings are issued when flooding has been reported or it’s imminent. Residents should take immediate precautions. That could include putting valuables at a higher elevation, sandbagging doorways, and moving your car to higher ground.

A flood stage is issued by the National Weather Service and is the water level that could damage property or people. However, it isn’t necessarily when the water goes over the river banks, which is the bankfull stage. Find flood stages for Washington rivers here.

A flood crest is the highest level a river reaches before it goes back down. For example, the record crest on the Snoqualmie River was on January 7, 2009, when the river reached 62.21 feet. Forecasters may also issue the highest forecast, which is the highest the river is expected to get before levels start receding.

For example, the flood stage for the Snoqualmie River is 54 feet, which was measured at a gauge in Carnation, according to the National Weather Service. The highest forecast for the river on Oct. 22, 2019, was 56.47 feet.

Minor flooding (Phase 2): Expect minimal or no property damage and some public inconvenience. Advisories may be issued at this stage. For example, this can occur when the Snoqualmie River hits a flow of 12,000 cubic feet per second (cfs), which is twice as much as expected with no flooding, according to the King County Flood Control District.

Moderate flooding (Phase 3): Some structures or roads may be inundated with water. Warnings may be issued at this stage. The Snoqualmie River could see a flow of 20,000 cfs at this stage.

Major flooding (Phase 4): Structures and roads are extensively inundated with water and significant evacuations are in place. The Snoqualmie River could see a flow of 38,000 cfs at this stage.