The 4.3-mile Northgate Link light rail extension includes stations in the U District, Roosevelt and Northgate. It was expected to open in 2021. 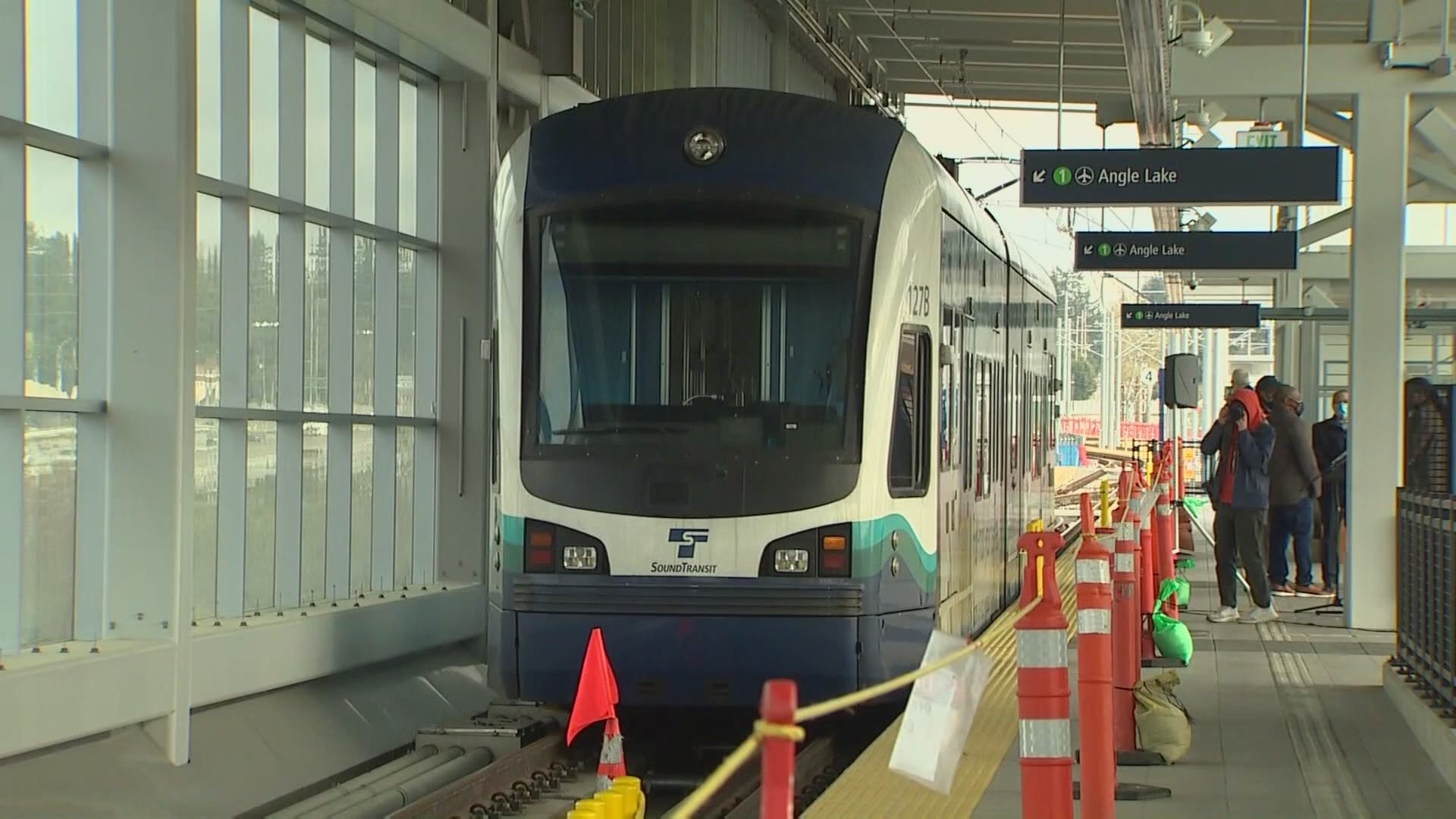 The 4.3-mile light rail extension includes three new stations in the University District, Roosevelt and Northgate neighborhoods and will connect to downtown Seattle through Montlake.

"I and Executive (Dow) Constantine grew up here and we saw how we missed the earliest opportunities to have mass transit in this region, and we are catching up, but we’re catching up fast," said Seattle Mayor Jenny Durkan. "And I think this is emblematic of what great cities and great regions do when things get tough – you don’t stop. You find a way to make it happen.”

Once the line is operational, it’s expected to take 14 minutes to get from Northgate to Westlake, according to Sound Transit.

RELATED: Link light rail to close between UW and SODO stations each weekend in April

Voters approved the Northgate extension in 2008 as part of the Sound Transit 2 (ST2) transportation package, and construction began in 2012. The Roosevelt station was completed in 2019, and the U District and Northgate stations were completed the following year. Since then, Sound Transit has been testing its systems.

Officials originally planned to open the extension in 2021.

It's not the only way Sound Transit is growing the Link system. The East Link extension serving Bellevue and part of Redmond is expected to open in 2023, with further expansion to downtown Redmond in 2024.

Also by 2024, Sound Transit expects to have reached as far North as Lynnwood, and South to Federal Way. Constantine said that will be a near tripling of the current system, from 22 miles today to 62 miles in 2024.

"That is simply transformational," he said. "Not only will this region be in business again, we will be doing business better."

The pandemic has created troubles for Sound Transit though. In January, the agency revealed several other voter-approved projects are facing billions of dollars in budget shortfalls thanks to rising costs and falling tax revenue.

The most severely impacted are planned expansion to West Seattle and Ballard, the Tacoma Dome, and a new maintenance facility. At the time, Sound Transit said projects already under construction were on-budget and on-schedule, though through a process called "realignment" the agency is reevaluating timelines on future projects.