Crews will work to connect the East Link systems during the closure. Link shuttle buses will make surface stops at the closed stations between SODO and UW. 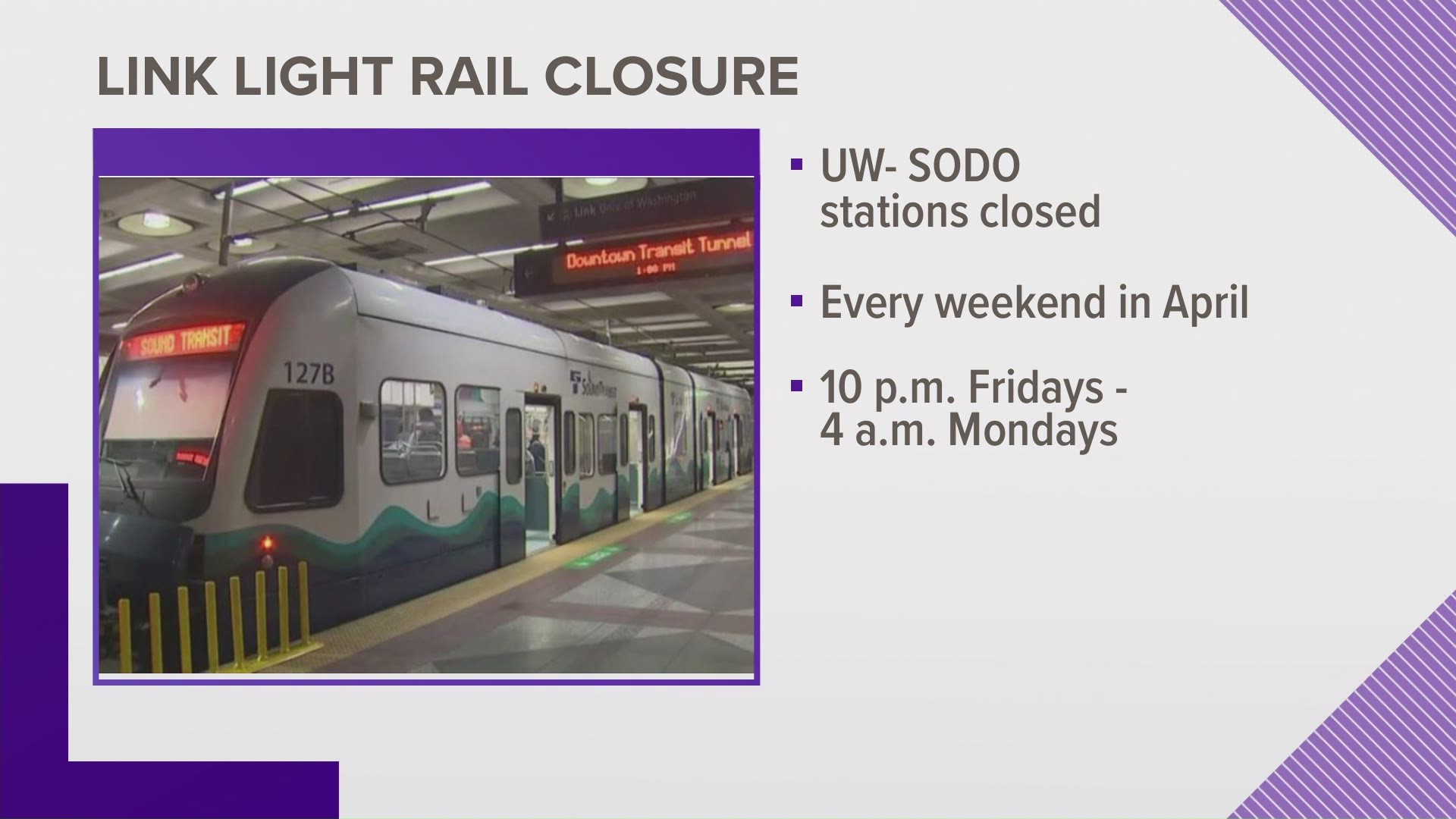 Crews will be working to connect the overhead catenary power and train signal systems for East Link to the existing system, Sound Transit officials said in a news release.

The work will require closures on the following weekends from 10 p.m. on Fridays until 4 a.m. on Mondays:

During these weekends, the Link light rail will run from the Angle Lake station to the SODO station, then Link shuttle buses will make surface stops at the closed stations between the UW and SODO station.

As part of the April closures, Sound Transit's contractor crews will also conduct maintenance activities and remove the temporary center platform at Pioneer Square station that was constructed for Connect 2020.