Summer may be coming to a close, but that doesn’t mean the threat of wildfire smoke has diminished just yet. 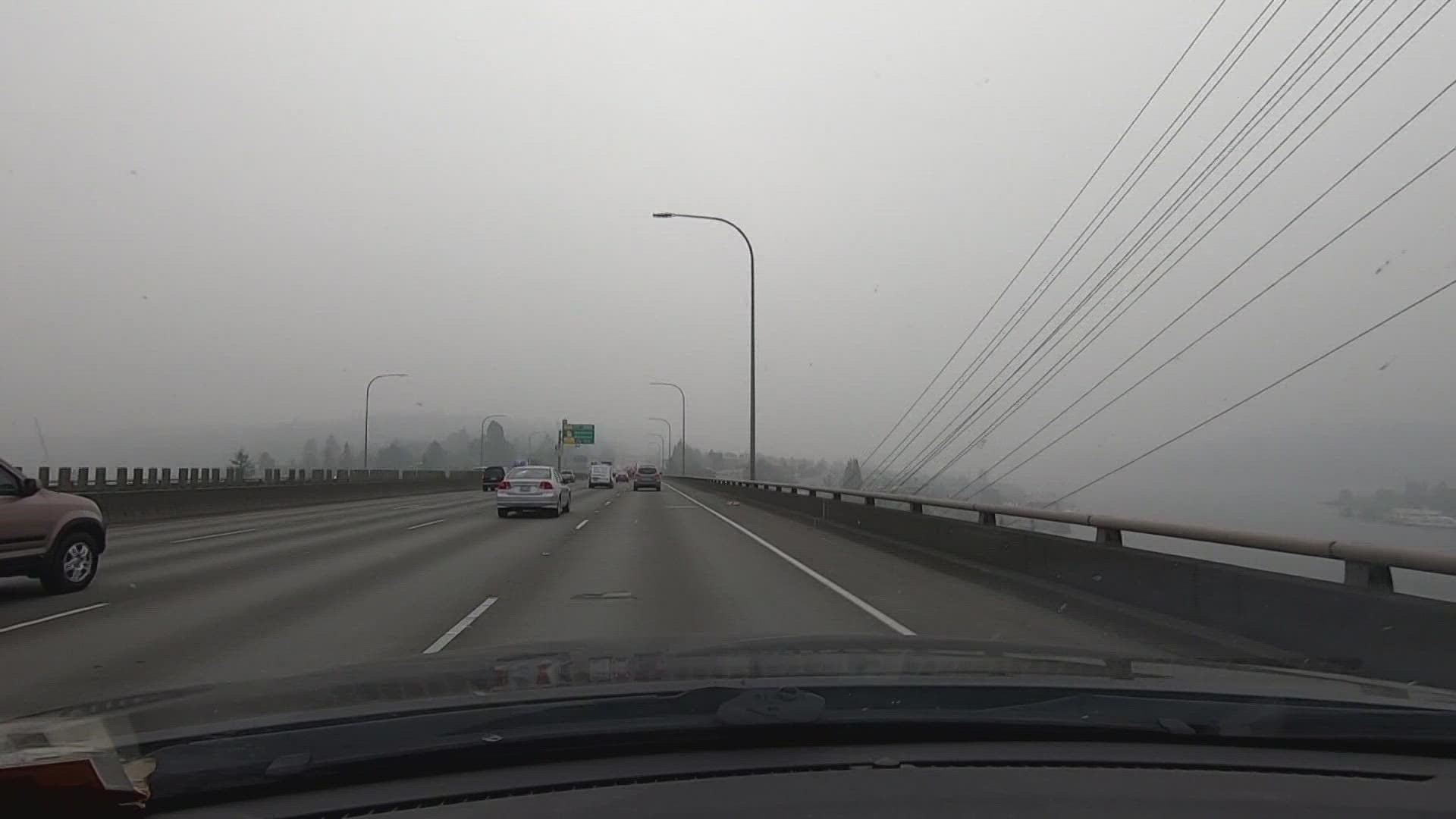 SEATTLE — In a region known for its clean air, wildfire smoke has become seemingly commonplace during Pacific Northwest summers. But it didn’t always use to be this way.

The year 2021 is bringing with it another round of massive fires throughout the western U.S. and Canada.

Aug. 12 and 13 saw the most smoke at sea level in the Seattle-Tacoma metro area so far this year. That said, we've experienced red sunsets and haze of various densities as smoke from fires in California, Oregon, British Columbia and east of the Cascades hung out at higher altitudes and outside of breathing range, leaving our ground pollution monitors to show green dots for good air quality for the most part.

RELATED: When wildfires erupt in the west, their impacts can be felt far and wide

However, 2021 is not over yet, and the worst of the 2020 season came in the middle of September when winds blew smoke from California and Oregon out over the Pacific Ocean just to have the smoke blown back onto western Washington for a week.

That smoke layer was 6,000 feet thick and visibility at sea level was poor at best. One type of instrument that collects air pollution in white cups at the Puget Sound Clean Air Agency saw those cups filled with soot from the fires. The blanket of smoky air cooled off temperatures making it feel more like fall when heading outside.

It didn't used to be that way. Except for 2019, the Puget Sound Clean Air Agency says four of the past five summers have seen significant smoke events in the counties they monitor, which include King, Pierce, Snohomish and Kitsap counties.

"Summer is by no means over, either by the calendar or the climatology," said Washington state Climatologist Nick Bond with the University of Washington.

More smoke events are possible depending on the winds. For now, fires on the west side of the state have remained relatively small. But overall, he says summers are drier, warm weather is lasting longer and the potential for routine massive fires is expected to continue, which portends continuing smoke events coming to western Washington state.

"The trends are unmistakable," said Bond. "Certainly, by something like the middle of this century it's going to be a different place than it used to be."

Yet, the region has seen smoke before.

"I think the proceeding century was anomalously low in smoke," said Dan Donato, a research scientist who studies fires and the history of wildfire for the Washington State Department of Natural Resources.

He pointed to major – even record – fire events, such as the 1902 Yacolt Burn primarily in southwest Washington and the 1933 Tillamook Burn in western Oregon, as some examples. He said old newspaper accounts would make references to smoke.

"I think it was that Tillamook fire where people were talking about street lights coming on in the middle of the day," Donato said.