The wildfire smoke blanketing western Washington is estimated at up to 6,000 feet thick. 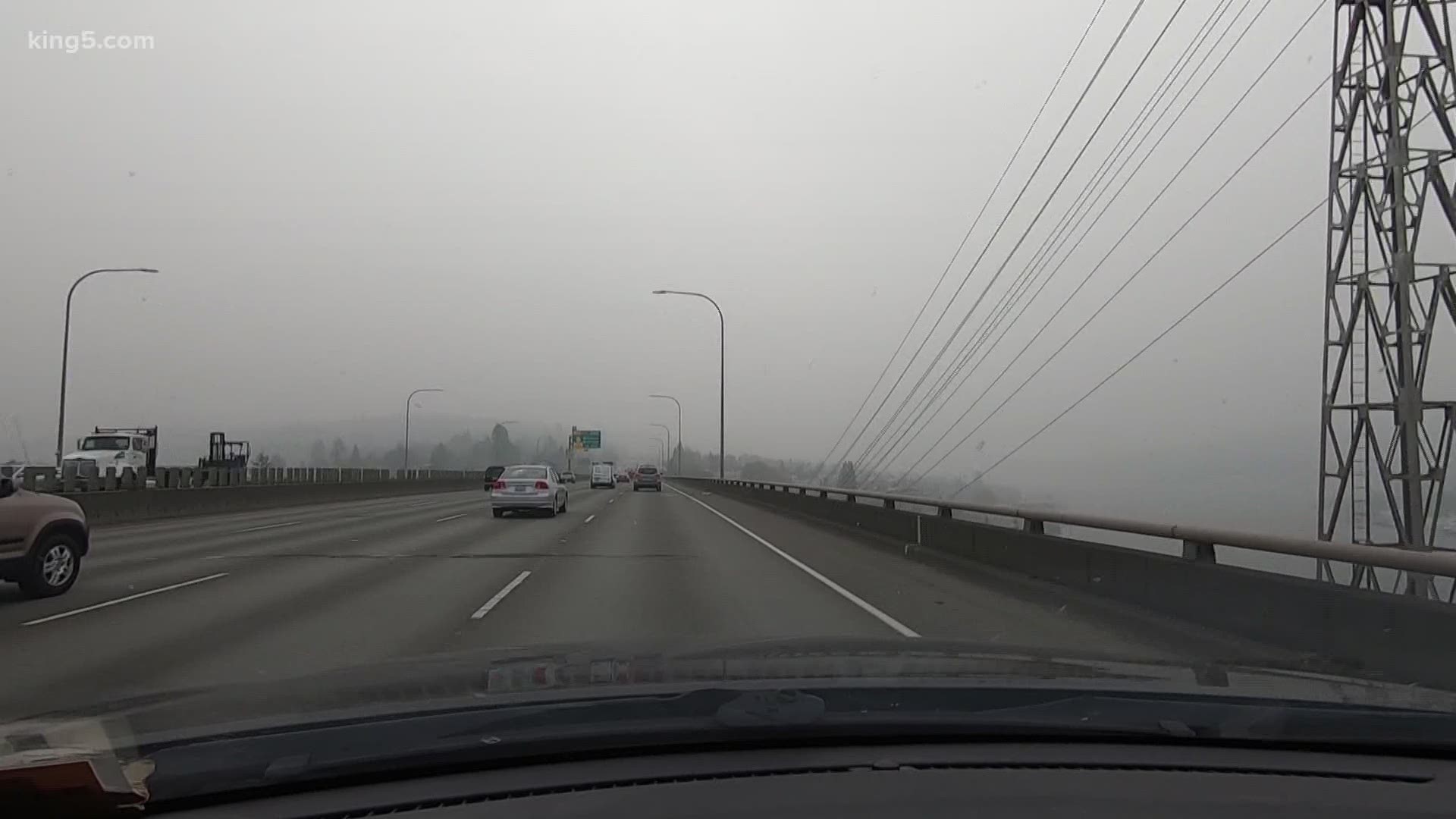 The wildfire smoke blanketing western Washington is estimated at up to 6,000 feet thick. The air across Puget Sound is considered "very unhealthy," with an air quality index (AQI) of 225 as of 5 a.m. Wednesday, according to AIRNow.

An air quality alert for the Puget Sound region is in effect until noon Thursday.

On Tuesday, Gov. Jay Inslee addressed air quality, wildfires and the state's response to COVID-19. You can watch his Tuesday announcement below or by clicking here.

Saganic continued, "We have probably 6,000 feet of wildfire smoke above us that has to clear out in one fashion or another, and it's going to take awhile."

The smoke is so bad, Saganic said it’s messing with air monitoring stations.

Instead of going up to a month without needing maintenance, now it’s a week or less before technicians need to check and even clean out smoke debris.

Every hour, one sensor known as a nephelometer deposits a circle of particulates it pulls out of the air onto a piece of white tape. In normal times, even for a station in Seattle’s industrial core, the tape is pretty clean, or it produces a light brown circle.

Now those circles are black from all the soot.

RELATED: Seattle air among world's worst: How to check your town's air quality and protect yourself from wildfire smoke

“We have things that capture the really small, small particles," Saganic said. It’s the soot, the super fine particulates, that are considered dangerous.

Everyone is urged to stay indoors to avoid pulling that soot into the lungs. An air conditioner or filtration system is helpful for filtering soot out of indoor air. The Puget Sound Clean Air Agency calls soot an irritant, and for sensitive and vulnerable people, that soot can even trigger heart attacks and strokes.

Saganic adds that the smoke, much it traveling from Oregon and California, can change with time.

“Some of the smoke is old. It’s traveled hundreds of miles. It’s what we call aged wood smoke,” he said. “It may have a different odor than it had initially, and there’s a lot of changes in the chemistry that can really happen.”

According to the Centers for Disease Control and Prevention, wildfire smoke can irritate your lungs, cause inflammation, affect your immune system and make you more prone to lung infections, including SARS-CoV-2, the virus that causes COVID-19.

The Washington State Department of Health (DOH) says children, people over 65 years old, and those with existing health conditions like asthma, diabetes, heart disease or history of stroke are most affected by air pollution.

DOH recommends these tips to take care of yourself and your family when air quality is poor due to wildfire smoke: