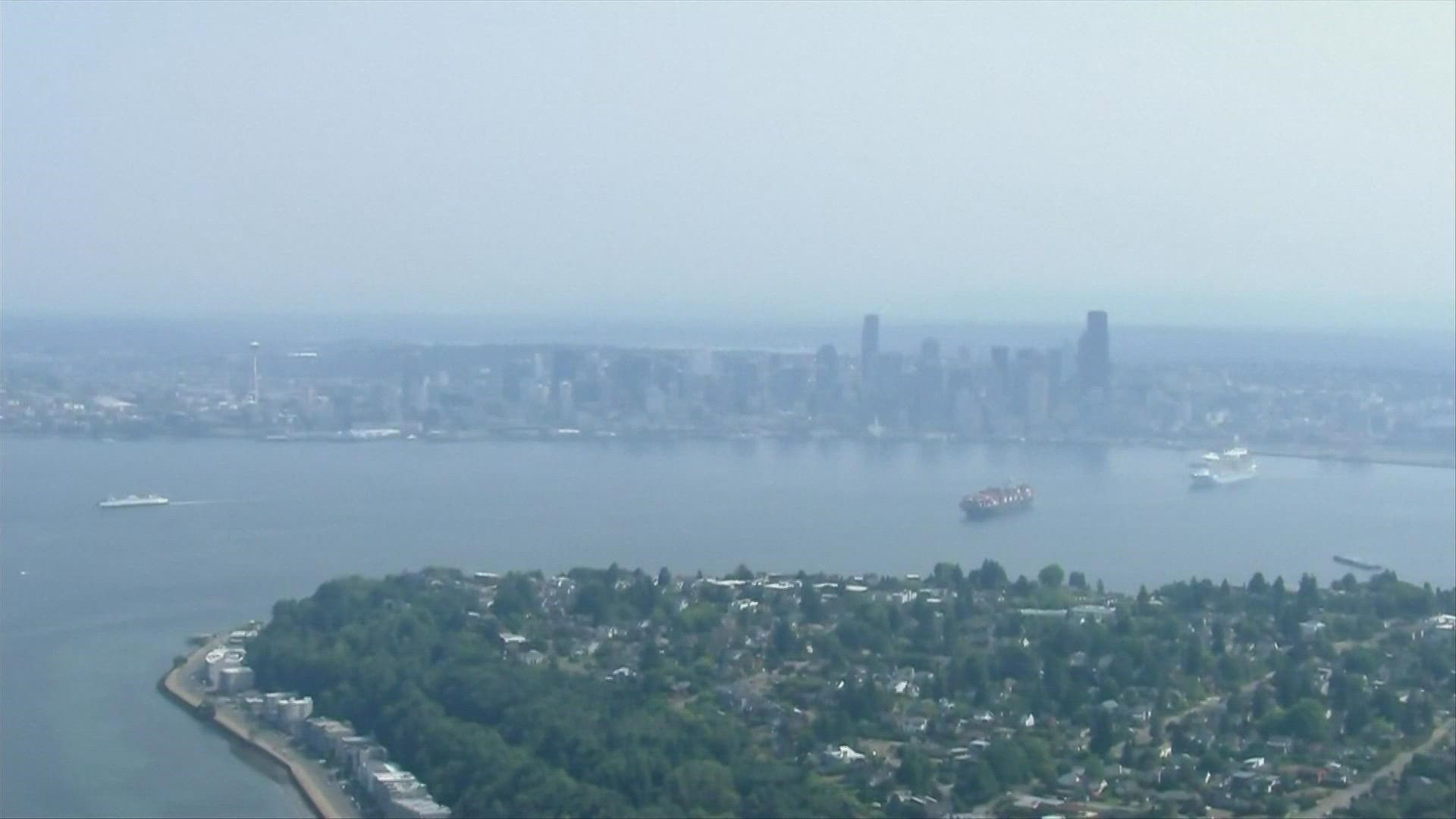 KING COUNTY, Wash. — Western Washington is in the midst of another heat wave. While temperatures won’t be as extreme as what we experience in June, wildfire smoke could make this heat wave worse for some groups.

King County Emergency Management Director Brendan McCluskey said it’s important for people to have a plan to deal with the hot temperatures and be mindful of neighbors and loved ones who might be susceptible to the conditions.

After June’s heat wave, King County Emergency Management started looking at the county’s previous preparation and response and used that information to try and formulate a playbook to help them prepare for future heat warnings.

"There are some things we learned that we started to implement, like creating a playbook for our activities leading up to heat waves and what we should be doing, including how we message people,” explained McCluskey.

McCluskey said for this heat wave they were able to share information with people in 17 different languages to try and prevent people from being in danger this time.

The Puget Sound Clean Air Agency suggested residents keep their windows closed to prevent wildfire smoke from getting into their homes.

“One of the first things we recommend to people is that they close their doors and windows because your house will naturally filter some of that smoke as it comes inside,” explained Air Resource Specialist Graeme Carvlin.

The agency also recommended people run air conditioning or their furnace fan with the fan on recirculate to help filter the air in their homes.

Carvlin said sometimes keeping your home cool and keeping smoky air out can become competing priorities when you don’t have air conditioning, but there is strong evidence that smoky air can impact people’s health.

McCluskey said people need to realize that wildfire smoke could cause issues.

"Smoke is a concern to everybody, especially those who are vulnerable like people with heart disease and lung disease, and the general population,” explained McCluskey.

Below are some helpful links for smoky air information: