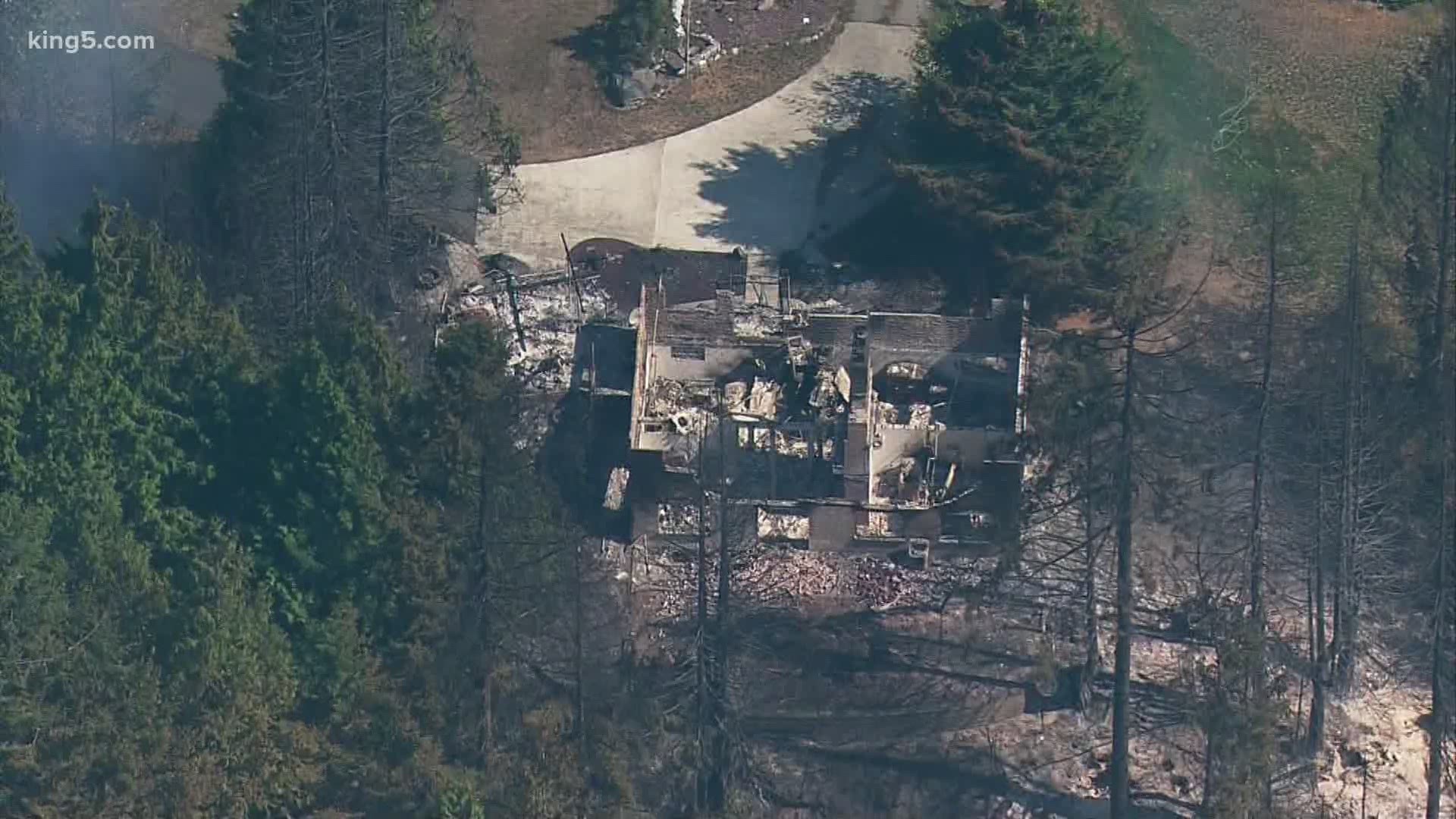 SUMNER, Wash — Gov. Jay Inslee declared a statewide emergency due to the ongoing wildfires burning across the state. He plans to sign a proclamation so families who lost their homes to wildfires can get assistance.

The governor toured damage from the Sumner Grade Fire on Wednesday. He said the Bonney Lake fire, and others across the state, are some of the most "catastrophic" in state history.

"This is an extraordinary series of events we have suffered," Inslee sad.

Evacuation orders remain in place overnight Wednesday for hundreds of residents who live near the fire, which is still burning on both sides of SR 410 near Bonney Lake.

Investigators said the fire has grown to 800 acres and is about 20% contained as of Wednesday evening. They believe the fire started late Monday after a power transmitter exploded during strong winds. 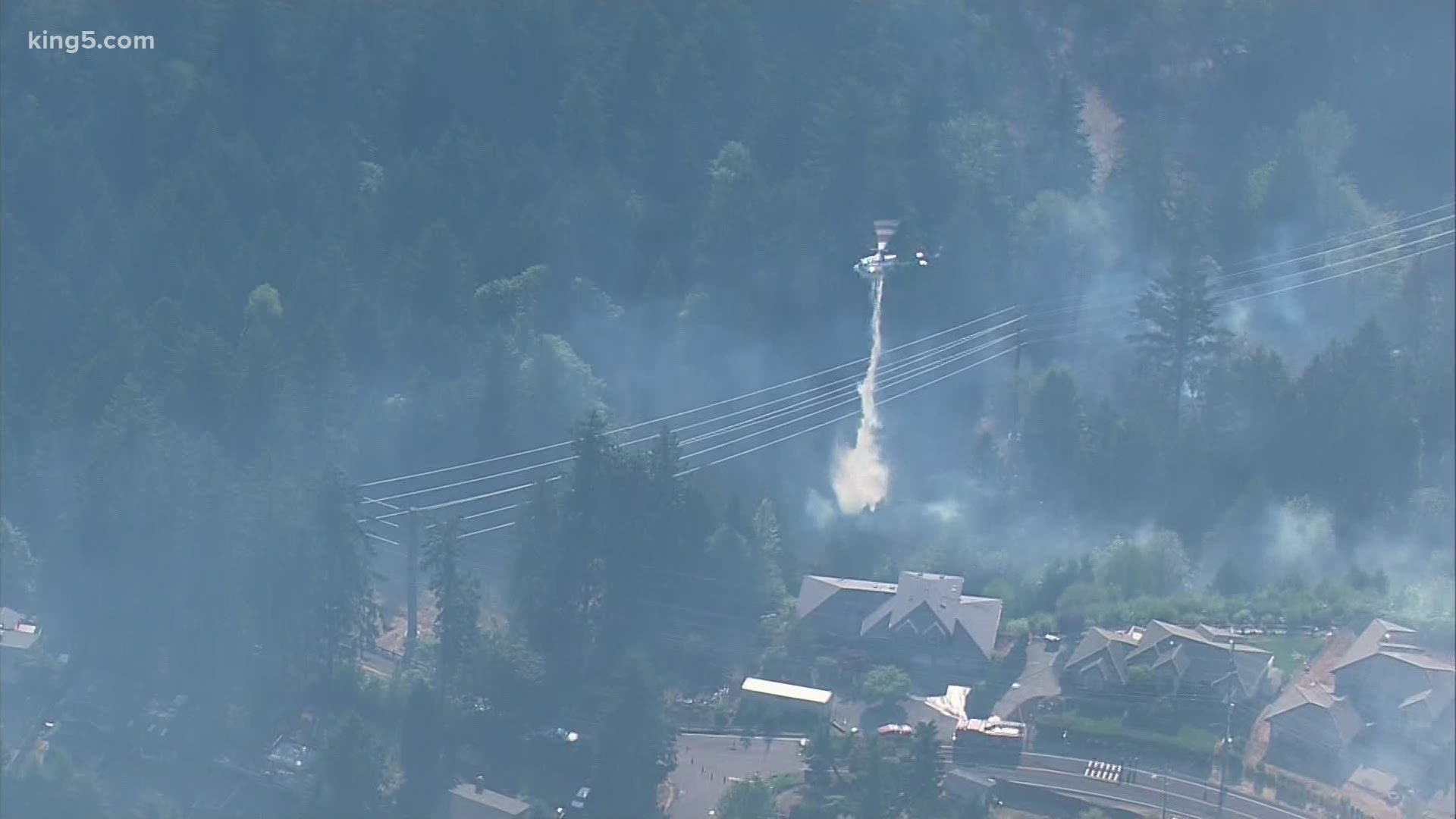 Evacuee Rod Wilkinson watched helicopters from the Washington National Guard and the state’s Department of Natural Resources drop buckets of water on the ridge below his home Wednesday afternoon.

He spent Tuesday night sleeping in a lawn chair in the parking lot of a nearby grocery store.

It was the only way he could keep an eye on his hot rod sports cars he moved out of his garage.

On Wednesday, he got the cars into storage so he could focus on his home.

“We’re not out of this yet,” said Wilkinson.

“I’ve never seen anything like this, and I’ve been in fire service on this side of the mountains for 33 years almost,” Backer said.