Wind pushed the Sumner Grade Fire south, forcing the closure of SR 410, and bringing out a state wildfire response. 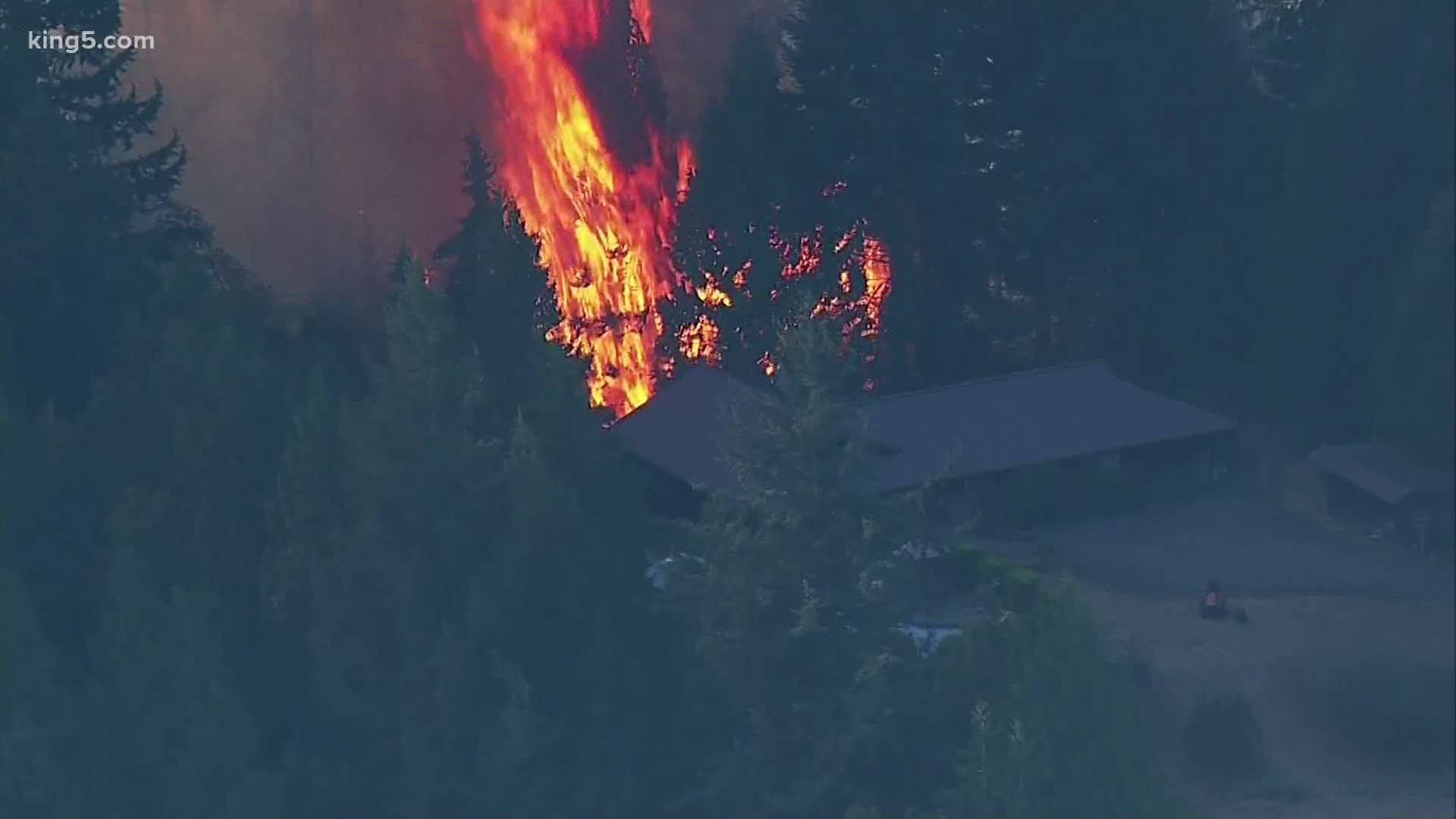 BONNEY LAKE, Wash. — Level 3 evacuations were put in effect for parts of Bonney Lake on Tuesday as wind pushed the Sumner Grade Fire closer to homes and neighborhoods, and state resources responded to fight it.

The fire sparked early Tuesday morning and was initially reported at around 50 acres, though it grew “significantly” larger than that, state officials said. An immediate estimate of the size was not readily available.

Wind pushed the fire south along a ridge that runs parallel to SR 410, between Sumner and Bonney Lake. The highway was closed throughout the day between the towns, with the Washington State Department of Transportation saying it expects to keep the route closed for at least 24 hours more, calling it a ‘very active’ fire.

Around 6:30 p.m., officials announced Level 3 evacuations for all areas south and west of SR 410 to Angeline Road and Rhodes Lake Road to McCutcheon.

Evacuations were previously put in place for neighborhoods on the west side of Bonney Lake bordering SR 410. Before that, evacuations were recommended north of the highway, along Myers Road and 182nd Ave E, but Level 2 evacuations were expanded to the south side of 410 in the late afternoon, as far as the North edge of the Creekridge Glen division.

For the most updated evacuation maps, check the Bonney Lake Police Dept. Twitter. Conditions are changing, and maps are being updated.

A Level 2 evacuation means there is “significant risk” and families should be ready to leave quickly. The highest Level 3 means “immediate danger.”

Officials in the Washington State Fire Marshal’s Office could not say if structures had been lost, describing a fluid situation. A spokesperson said there are no reports at this point of injury or death.

An evacuation line for Pierce County has been established for questions at 253-798-1571. Bonney Lake officials encouraged people to contact that number.

This outbreak of fires on the Western side of the Cascades comes after high winds on Labor Day drove large, fast-moving fires on the Eastern part of the state. The smoke reached Seattle late on the holiday, a preview of what was to come Tuesday.

In response, the Department of Natural Resources closed all lands it manages East of the mountains, and counties including King, Snohomish and Pierce instituted emergency burn bans.

Sumner schools are canceled on Wednesday.