The proposed legislation will first come under review during the city council's Land Use and Neighborhoods Committee meeting on July 14. 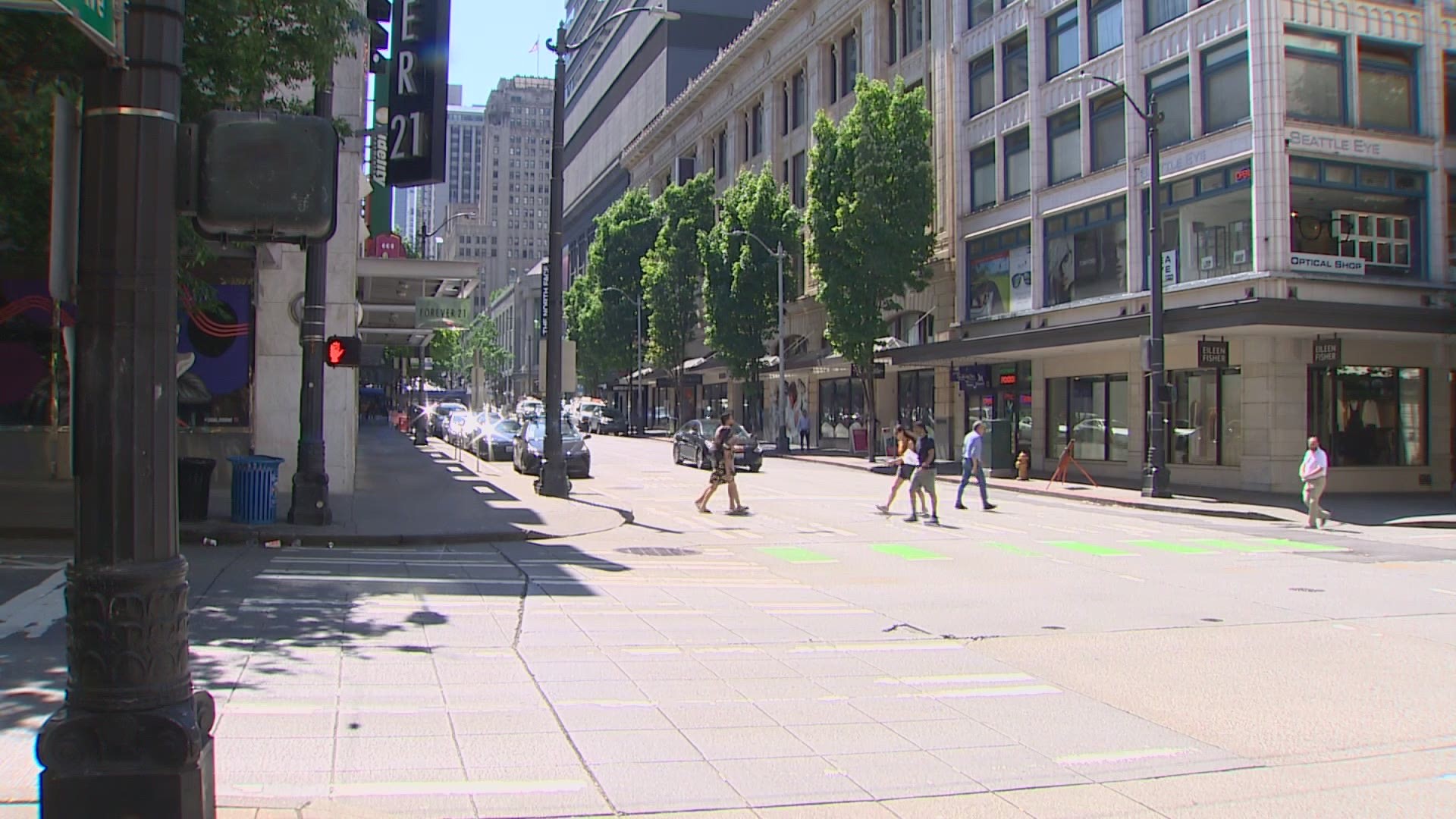 SEATTLE — As Washington state prepares to fully reopen on June 30, Seattle Mayor Jenny Durkan announced Tuesday a proposal that she hopes will help the downtown recover faster from the COVID-19 pandemic.

Durkan’s proposal to the Seattle City Council consists of loosening some limitations and restrictions on new businesses.

According to her office, what Durkan’s plan focuses on is getting businesses back into the hundreds of storefronts that remain empty because of the pandemic.

“Downtown is Seattle’s economic engine and heartbeat, and it’s up to us to help it come back better than ever for all those who live, work, or visit. As part of our effort to revitalize downtown, we’re making it easier than ever to pursue new, innovative uses for storefronts, like art installations or museums,” said Durkan.

While the proposal hopes to make permanent, positive change, the loosened restrictions would be temporary.

What Durkan proposes is that for one year, the city allows permit applications for new businesses that offer services and activities not typically considered for storefront space downtown. These kinds of activities can include medical offices, gyms, art installations and even bike parking. Other permit options would also include food processing, horticultural operations and crafts manufacturing.

Businesses that are granted a permit and who invest in downtown could remain for an indefinite period of time, but they would not be allowed to expand within the main business corridor, which includes the commercial core, Belltown and Pioneer Square.

“This is a moment when culture and community can courageously activate their visions and ideas to elevate their product positioning for scale and expand their audience and customer base, especially creators who are Black, Indigenous and People of Color who desire to grow their businesses,” said Veronica Very, founder and co-owner of the new Wonder of Women art gallery now located in Pacific Place.

The proposal is in addition to the city’s $9 million toward downtown recovery, which includes $500,000 to activate storefronts. Other recovery efforts include potentially setting up matchmaking services, which will work to pair small businesses or artists with empty storefront space.

Durkan's latest proposal will first be considered on July 14 at the city's Land Use Neighborhoods Committee meeting.