Restaurants, attractions and the piers were filled with people and tourists for long Memorial Day weekend. 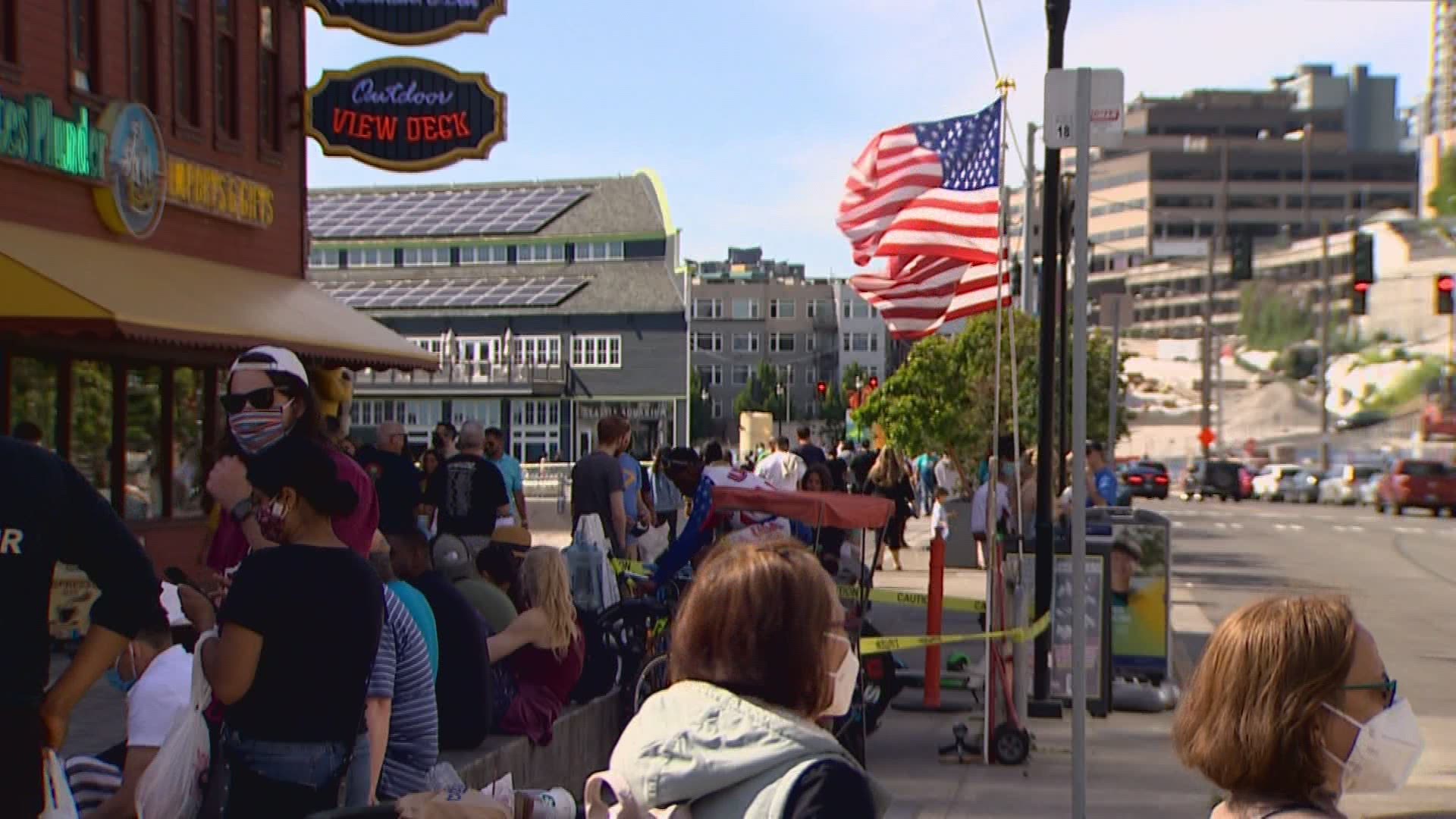 SEATTLE — After a tough year, crowds are returning to Seattle's Waterfront. Some attractions opened Memorial Day weekend for the first time since shutting down last year due to the pandemic.

Restaurants, attractions and the piers were filled with people and tourists for Monday's Memorial Day.

Argosy Cruises, which closed for its 2020 season early due to restrictions and lack of demand from the pandemic, reopened for the 2021 season over the weekend. To start the season, the company saw its Harbor Cruise sell out.

"I feel like over the course of the last few months, the last year really, it hasn't been to [this] level," said Mac Murphy, who is working remote from Seattle.

The Downtown Seattle Association tracks visitors to the city. The association's latest public data shows 149,000 people visited downtown Seattle the week of May 2, 2021, compared to only 56,000 the same week last year.

"This is much more of a lively place. It's living up to the reputation it has. All the activity, the stores open, shops and restaurants," said Murphy.

The number of visitors to the city is expected to keep rising.

Starting in July, three major cruise lines will resume trips from Seattle to Alaska. Representatives from the Seattle Waterfront said people will see the boats arrive in the coming weeks as crews prepare to set sail again.

"That makes me feel so good. It feels like things are getting back to normal. I love it," said Seattle resident, Trish Huynh.