Seattle street parking rates increased between 50 cents and $1 per hour. 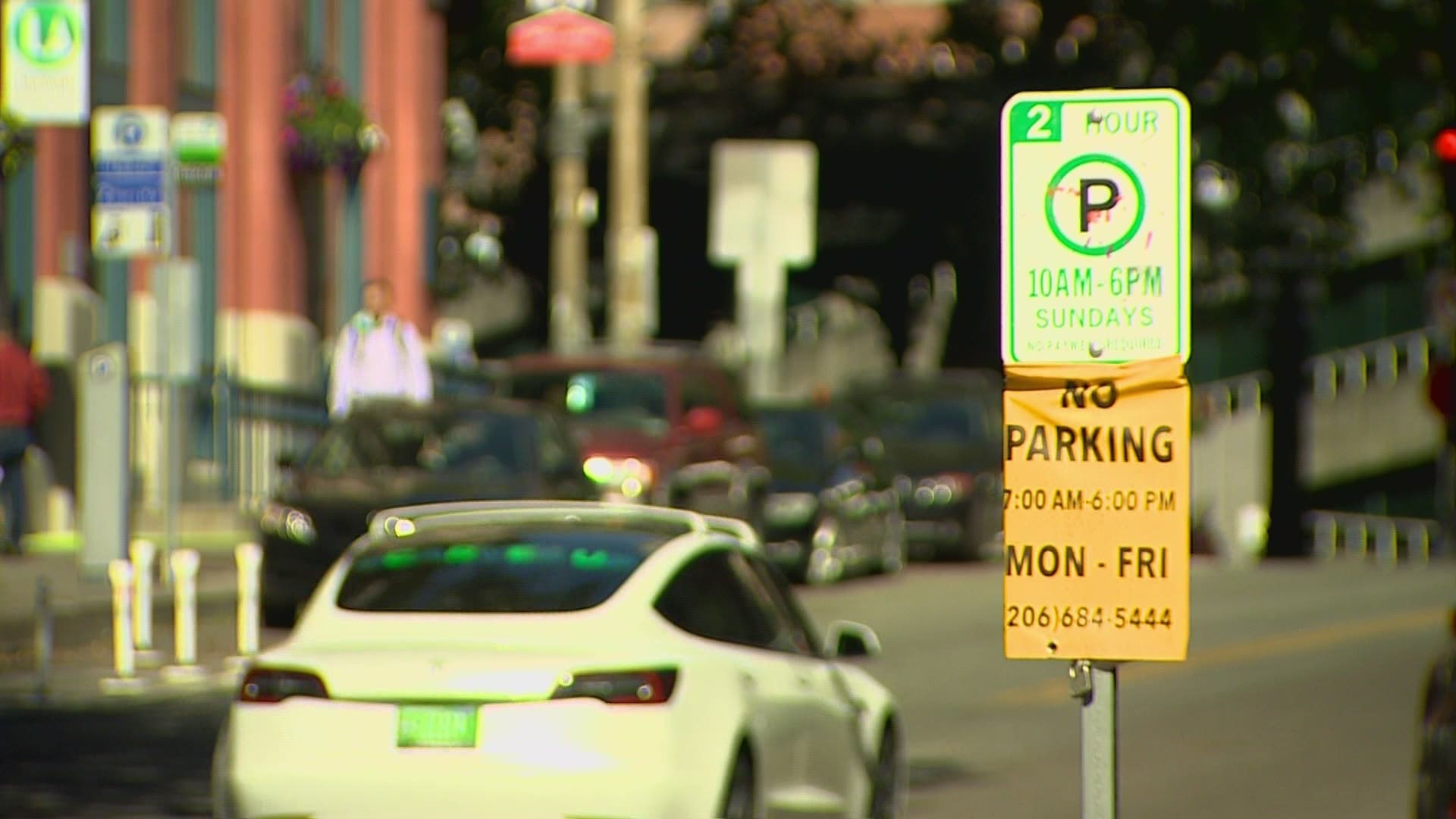 SEATTLE — The cost of parking your car on the streets of some Seattle neighborhoods has increased.

The Seattle Department of Transportation (SDOT) said the changes are due to increased demand for on-street parking, and so “people visiting shops, cafes, restaurants, and other businesses will have an easier time finding a parking space within walking distance of their destination.”

“Setting effective and affordable parking rates also increases access to businesses by ensuring turnover of parked cars – a key to our continued economic recovery,” SDOT said in a blog post.

Street parking will remain free on Sundays and some holidays. Privately owned parking lots are not impacted by the change.

The SDOT said it would review parking data quarterly “to make incremental adjustments and be responsive to changes in demand in our business districts.”