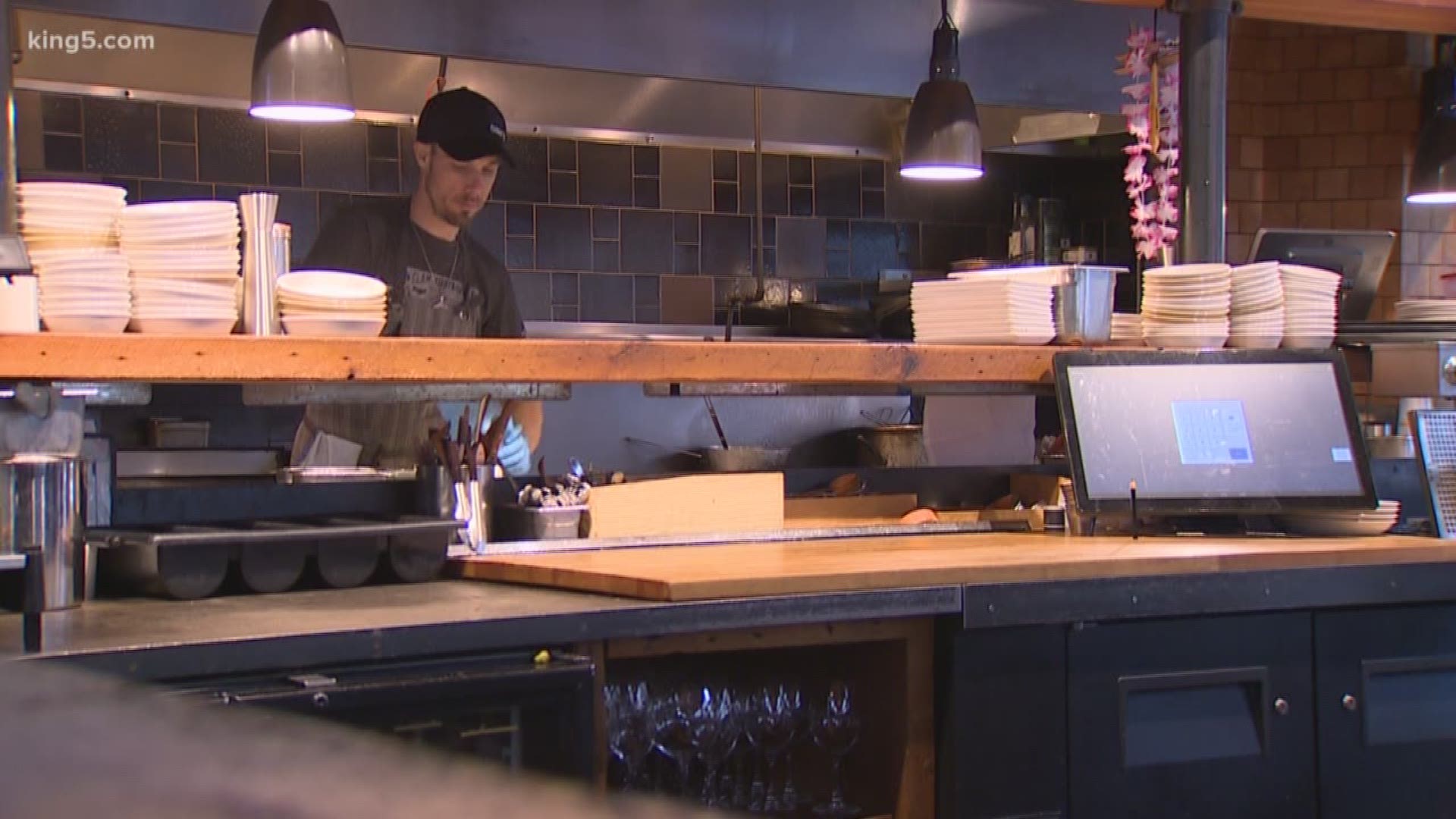 SEATTLE — Almost one month into the new year, Seattle's restaurant industry has made adjustments after another minimum wage hike in the city.

Seattle's minimum wage has gradually increased to $16.39 per hour for large employers and $15.75 for small employers, with some exceptions.

Morton says costs have increased and she's had to make adjustments to her business model in order to maintain a profit. Morton says if changes aren't made, her profits will go away completely come 2021.

Morton is one of the restaurateurs seeking a tip credit, among other changes to legislation, to help make the increase more manageable.

Here's how a tip credit works: The state would lower the minimum wage for servers to a yet-to-be-determined rate. If tips don't bring their hourly wage to the required minimum wage, the restaurant would pay the rest. That guarantees a wage of at least $15 statewide, but not all of it would come from the employer's pockets.

"It's going to be a challenge for sure, and the problem is more than just minimum wage. There's a lot of other increases, there's other legislation that's passed that have increased our costs, rents are going up, triple nets are higher than they've ever been, property taxes are going up. That affects our bottom line," said Morton.

Simone Barron has been a vocal advocate for restaurant workers, using her more than 30 years in the industry to create the Full Service Workers Alliance of Seattle.

Barron says a tip credit could help keep workers in the city and keep restaurants open.

"I see a lot of us leaving the city. I don't see a very positive future for the restaurant industry if things continue the way they do," said Barron.

KING 5 reached out to Working Washington, a non-profit that supports improving wages for workers, for its take on Seattle's latest minimum wage increase.

"Seattle's minimum wage is the highest in the nation, and our local economy is thriving because of it. It's just common sense: when more people are making more money, that means more customers for more businesses —including restaurants. Higher wages are what drives our economy forward, and that's exactly what we're seeing happen here in Seattle," a Working Washington spokesperson said in a statement.