Restaurant owners say Seattle is serving up so many obstacles, it is becoming difficult to keep their doors open. But others say the industry is still thriving. 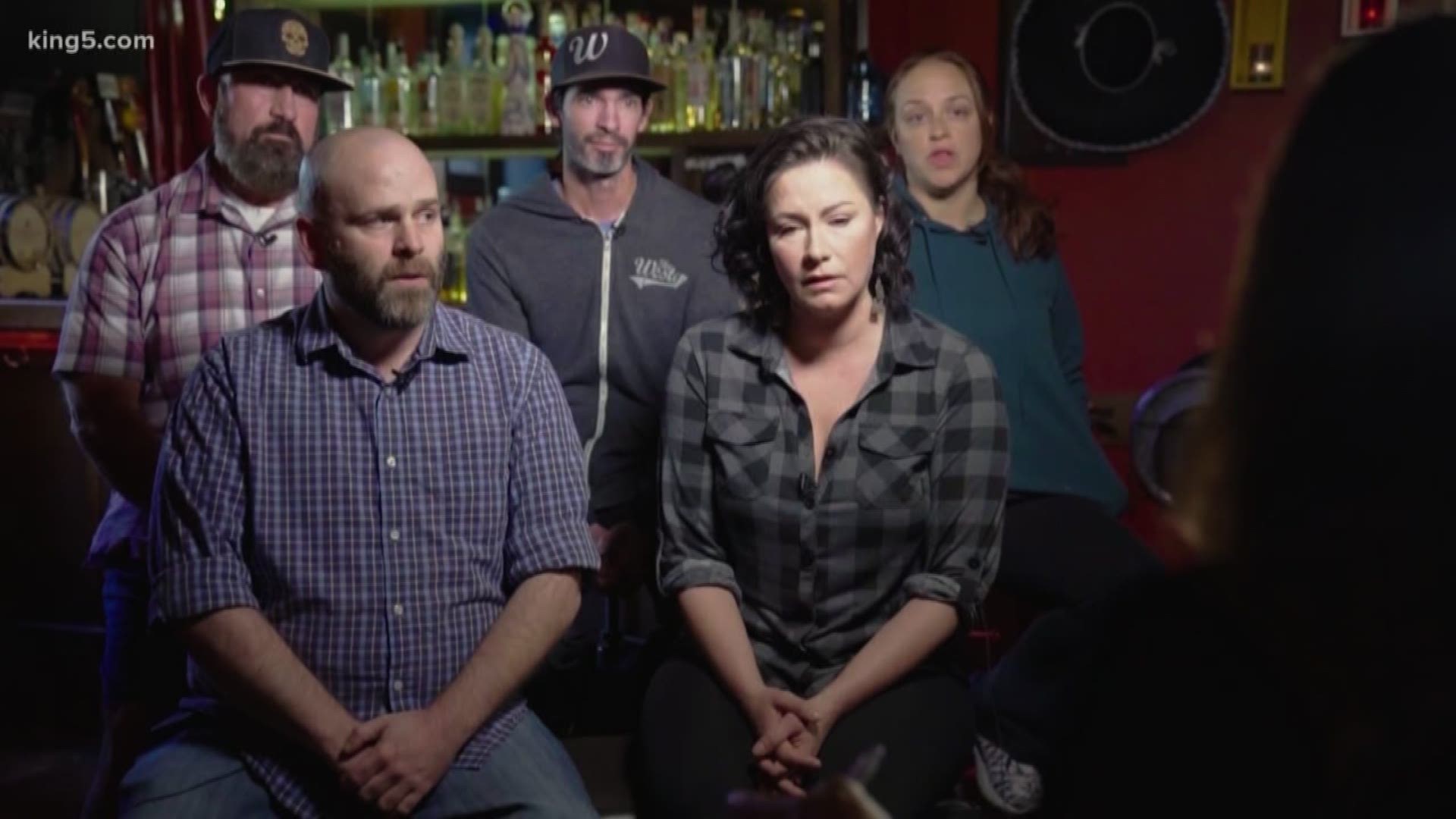 SEATTLE — The way Paul Osher sees it, Seattle's dining scene is a delicate one. At Porkchop & Co. in Ballard, he's always searching for ways to make the numbers add up to deal with rising rents and climbing labor costs.

"Everybody here makes over $20 an hour regardless," said Osher, the chef and owner of Porkchop & Co.

Osher, who is on the board for Seattle Restaurant Alliance, says that wage is working out at his restaurant, but industry-wide he is taking note of what he sees as a looming issue.

"There are more and more restaurants closing. It is a tough business environment. There is no doubt about it," Osher said. "It sometimes it feels like it is death by a thousand cuts."

Coffee shop owner Angela Cough says she recognizes it too.

"The day after construction started, we went down 50%," Cough said, referring to the road construction that’s been happening on SW Avalon Way near her business, Shack Coffee House.

This year, the restaurant owners have noticed long-standing restaurants like Sitka and Spruce announcing that they are calling it quits.

“Sitka and Spruce was fairly shocking,” Austin said. “That’s a James Beard award-winning restaurant. Palisades, Henry’s Tavern, all of those, that scared a lot of us. That’s legacy businesses gone like that.”

Cough, Padilla, Vidican, Dixson, and Austin all say it has become increasingly difficult to do business in the city of Seattle.

“I think just more and more people are in our pockets, taking more from us,” Padilla said.

“You have the sugary beverage tax that added $75 per box that we front, leases have gone up, property taxes have been a big thing especially with upzoning,” Austin added.

“I was a bartender and a server, and it was wonderful. I saved all my money for nine years to make this happen. Then when I start to open my own place, I get hit left and right, like I am the bad guy all of a sudden. It felt really uncomfortable,” Dixson said.

Austin and Dixson have restaurants in Seattle and Burien and notice a difference in dealing with the city governments.

In reference to Burien, Austin said, “when I went for permits, I got 90% of them on the same day. In Seattle, I’ve waited over 90 days for permits.”

Cough said a minimum wage increase that will kick in January 1 will have an impact.

“For me, I am looking at $150,000 worth of increases in payroll. Where am I going to come up with that? I have to cut people. I have to figure out what I am going to do,” Cough said.

RELATED: Why western Washington’s cost of living is so high

“The first thing I would say is that there still are more restaurants opening than closing. Clearly this is still a really desirable market to be in,” Farrell said.

The most recent numbers from the Washington State Department of Revenue show that between 2014 and 2018, 1,149 Seattle restaurants opened and 1,034 closed. The National Restaurant Association says on average 60,000 restaurants open every year, and 50,000 close.

Farrell is a former state legislator who proposed a statewide minimum wage increase in 2014.

“One of the things that we know is that when you put money in people’s pockets, particularly workers, they put that money right back into those small businesses in our community,” Farrell said.

Sage Wilson with Working Washington pointed out that there has been a worker shortage for restaurants in Seattle.

“Overall, I think that the shortage of restaurant workers really undermines the idea that higher pay is hurting – if there's a shortage with the $15/hour law, that means they need to pay *more*... which means the wage isn't really a factor, right?” Wilson said.

What Farrell does see as an issue in Seattle is buildings being bought up by large-scale corporations who raise rents on small businesses.

Farrell said it “may force small businesses to go into so called triple net leases where they are having to pay for not just rent, but utilities and maintenance and property taxes. Rent is too high in this city, and small business owners are feeling that too. That is something policymakers should certainly think about.”

Seattle should streamline permitting so it is one-stop shop for restaurant owners and provide help when construction impacts businesses, Farrell added.

Meanwhile, restaurant owners say dealing with the current business environment is the reason why they have had to consider raising prices.

“I have naturally had to raise prices, and it is scary every time,” Vidican said. “You look at the ticket prices. In my case, they are stagnating, because all of a sudden they are not having that second beer or that extra appetizer.”

Cough said she had to take it even further.

At Shack Coffee House, she says a six-month city project made it hard for customers to get their coffee. After losing too much money, she came to the conclusion that it was time to close the doors.

“I think the bigger message here is that with everything that’s happened over the last few years plus now physically restricting people from going to my space, that’s kind of the last nail in the coffin,” Cough said.

Back at Porkchop & Co., Osher wants his employees to be able to live in the city where they work, and that’s why a living wage is so important.

“As we make a city that everybody wants to live in, that money has to come from somewhere, and unfortunately, it too often feels like it is coming off of small businesses,” Osher said. “So I think there is a reckoning coming. I think we will find more restaurants closing in the future.”