The new two-year $52.4 billion state budget includes a $155 million increase to special education funding over the next two years. 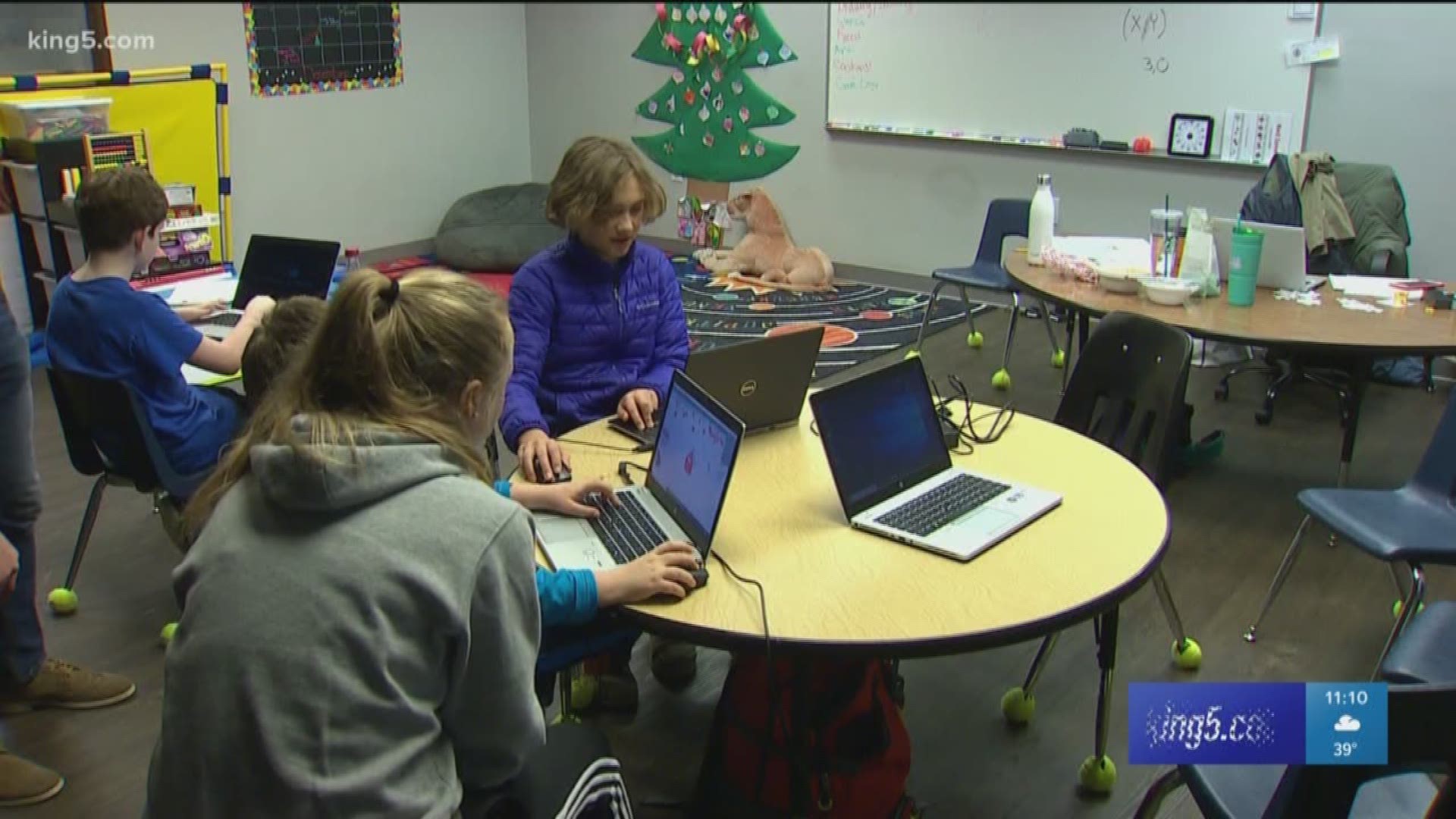 The Washington Legislature's 2019-21 operating budget includes victories for special education students and the educators tasked with helping them, but lawmakers substantially fell short of funding the actual cost of educating Washington students with special needs.

But special education in the state is still underfunded by millions of dollars.

Officials at OSPI estimate that the cost of special education this school year has left local school districts on the hook for at least $300 million more than the state will fund.

"School districts are going to continue to be in a crisis," said Rep. Gerry Pollet, a Seattle Democrat who's been one of the legislature's most outspoken advocates for special education students. "The fight has to continue to ensure that the state provides full funding for every student with a disability."

KING 5's year-long investigation "Back of the Class" revealed that the state's historic lack of special education funding is costing students with disabilities the opportunity to have a successful future. It's leading some school districts to violate state and federal special ed laws because educators don't have the resources they need to offer appropriate services to the students who need them.

Back of the Class: An Investigation Into WA's Special Education Series

Washington state lags behind much of the country in academic outcomes for students with special needs. Only 58 percent of Washington special education students got diplomas in 2016. A 50-state analysis of graduation rates reported to the U.S. Department of Education shows that just 12 states, including Alaska, Georgia, and South Carolina, graduated fewer kids with learning disabilities than Washington that year.

The state also has one of the worst track records for being able to keep students with disabilities in school. According to the Department of Education's most recent report to Congress published in 2017, 34 percent of our special ed kids are dropping out. Only two states in the country, Utah and South Carolina, report a higher dropout rate.

Where will the $155 million special education boost go?

The additional $155 million in special education funding will be used to implement Senate Bill 5091, which Gov. Jay Inslee signed on May 13.

The bill bumps up Washington's excess cost "multiplier," which is the amount of additional money the state is required to pay school districts to educate students with disabilities.

It provides a monetary incentive to school districts that educate special needs students in classrooms alongside their general education peers for the majority of the school day, and it adds professional development training for educators on inclusion practices.

The bill also makes it easier for school districts to apply for and receive additional state money through a "safety net" process.

"It's a really significant start for us," said OSPI Superintendent Chris Reykdal, the top education official in the state. "Last session, and now this session, it's the first time in quite a long time that they made (special education) policy changes to directly invest more money."

Jacob Vela, a senior policy analyst at the League of Education Voters, said he's pleased to see more special education policy enhancements come out of the legislature this year, but wishes funding was addressed in a more meaningful way to better support districts so they don't have to rely on local levy dollars.

"There were definitely a lot more conversations around special education this session, a lot more thoughtful conversations," Vela said. "But we still have a long way to go in making sure the needs of students (with disabilities) are addressed."

Currently, the state will only shell out money to support the special education students who make up to 13.5 percent of a district’s total population, even though more than 100 school districts in the 2017-2018 school year reported having more students with special needs enrolled.

Bills that proposed to eliminate or change the state's cap on special ed funding failed to pass the state legislature this session, which means districts that exceed the cap will not receive an additional penny from the state to pay for those extra students in the upcoming school year.

Reykdal, who previously said the state's cap is inconsistent with federal law, said he still opposes it.

"I think it's a legal risk for the legislature," Reykdal said Monday.

Kathy George, a Washington state special education attorney, said she's also disappointed that the legislature failed to take action. She said the cap is unconstitutional and it negatively affects students with disabilities.

Lawmakers added $12 million to train paraeducators, the one-on-one aides who often help students with disabilities succeed in the classroom.

They also set aside $236,000 over two years to implement a June 2018 law that requires screening and specific intervention techniques for students with dyslexia.

The budget also includes $120,000 over two years for OSPI to ensure that school districts follow the law when it comes to restraining and isolating students. A November KING 5 investigation revealed that thousands of students continue to be isolated and restrained, despite a law limiting the practice.

The agency will use the money to collect and monitor restraint and isolation data, in addition to providing training, technical assistance, and support to school districts to reduce the use of the intervention techniques.

OSPI's Special Education Director Glenna Gallo previously called the existing data collection process "problematic,” adding that it’s difficult for the agency to use the information to design professional development policies because OSPI staff are unsure of the accuracy of the reports.

MORE: Read and watch the full 'Back of the Class' series

Students with disabilities profiled in 'Back of the Class' series