Dozens of Northshore School District teachers and staff said they will not be returning this fall after the district announced plans for remote learning. 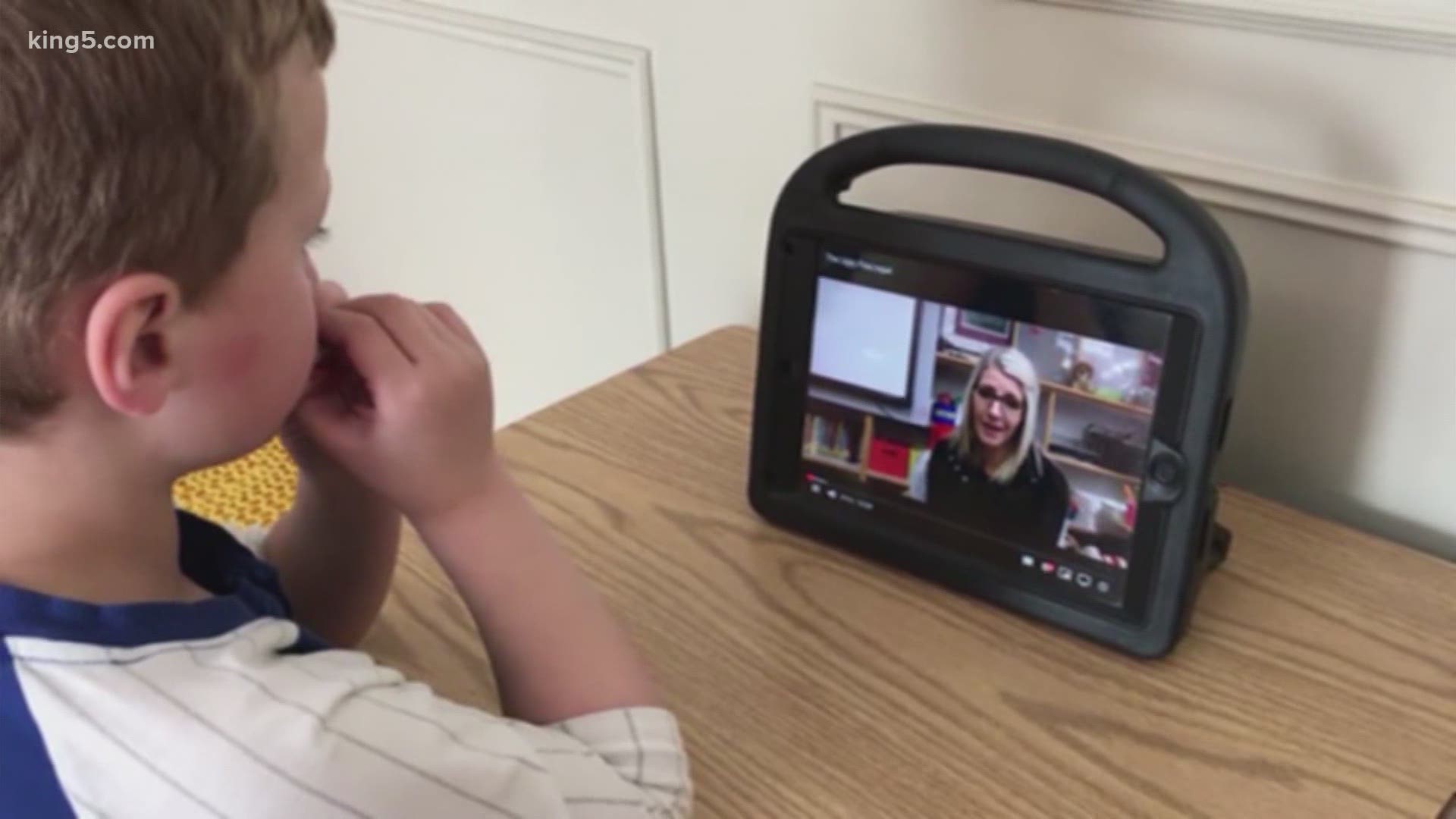 BOTHELL, Wash. — The Northshore School District was the first district in the country to cancel in-person classes when the novel coronavirus pandemic began in March. Superintendent Dr. Michelle Reid said she made the decision based on the advice from scientists.

As the district announced plans to continue remote learning this fall, Dr. Reid said she has no regrets about the decision.

"I still feel the same now as I did then," said Dr. Reid.

Now, Dr. Reid is attempting to blaze another trail yet again as Northshore, along with other school districts across western Washington, prepare to begin the school year with another semester of learning from home.

The school district recently unveiled “Northshore Learns 3.0,” a plan that was built off lessons learned from the past.

"We want to take the best of 1.0 and 2.0 and build a more robust and more engaging community program," explained Dr. Reid.

That includes more independent learning, one-on-one time with the teacher, and a better "one-stop-shop" for parents to help them navigate the new “normal” of remote learning and being an at-home teacher.

The Northshore School District also created a "dial" on its website to inform and update families on how close the district is to students returning to the classroom.

Another difference this year is that students and teachers will begin the school year, in many cases, without even meeting each other before the first day of class. Dr. Reid said that was a major concern among parents, so the beginning of the school year will be spent establishing those new student-teacher relationships.

But not all parents and teachers are on board with the plan.

The Northshore Education Association, the union representing around 2,000 teachers and staff members in the district, has been working closely with the school district to get teachers up to speed on the new plans.

"We are probably one of the most highly collaborative school districts I have ever see," said Tim Brittell, president of NEA.

Brittell says preparation for the upcoming school year is an example of true leadership amidst a crisis.

"We came together," he said. "It's a beautiful thing."

Correction: An earlier version of this story quoted the Northshore Education Association President Tim Brittell suggesting a large number of teachers were leaving the district because of remote learning. NEA has clarified and suggests that is not accurate.