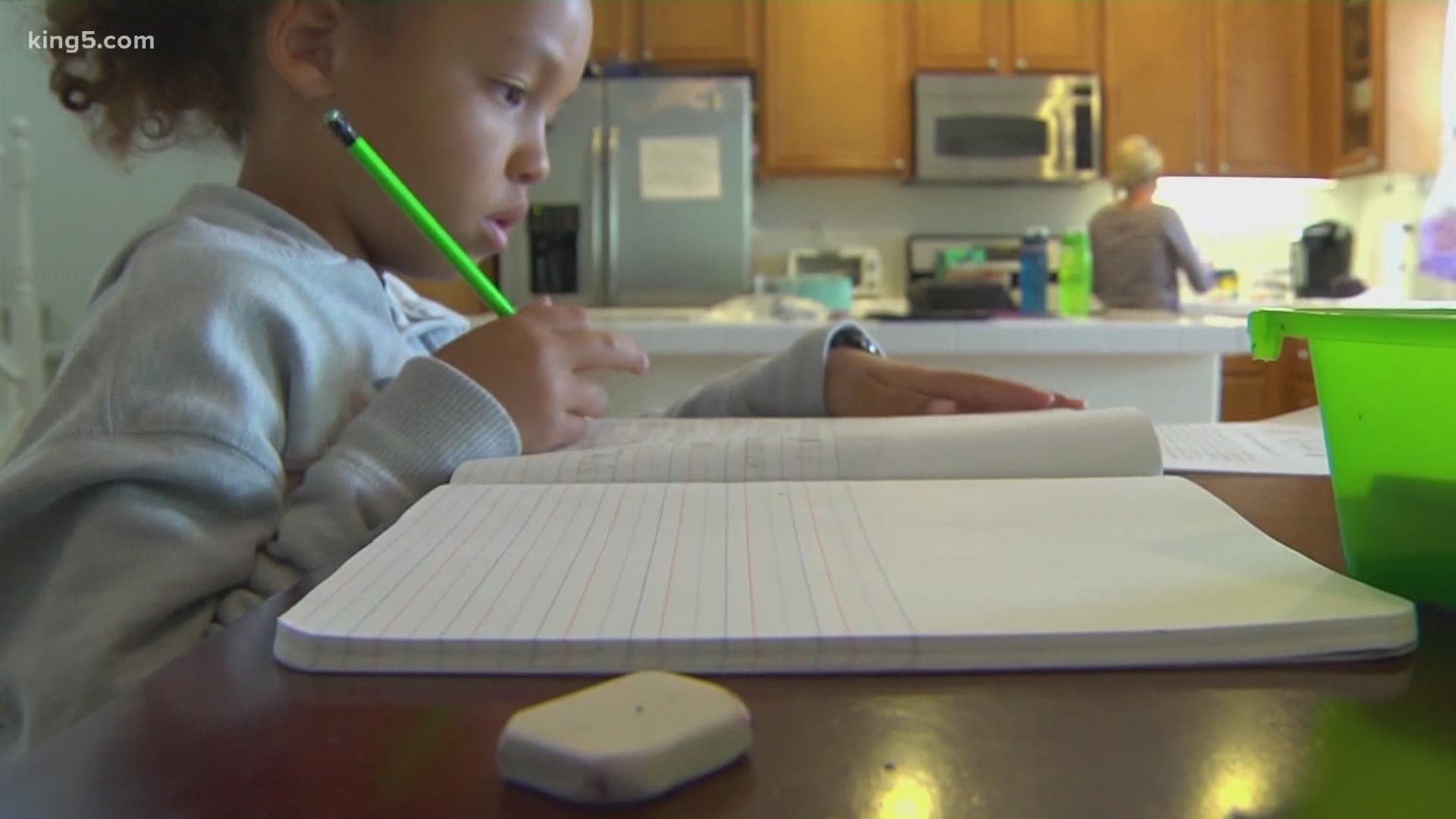 SEATTLE — As more school districts opt for remote learning, some parents are opting to homeschool their children.

“Homeschooling is so much different. I got so many different things to draw from,” said Jen Garrison Stuber, advocacy chair for the Washington Homeschool Organization.

Stuber said they’ve seen a big jump in the number of interested parents.

“We normally in the [June] course have about 200 parents sign up, and we had over 800 this time. Our September courses filling up similarly. We're at over 400 last time I took a look,” she said.

In Washington state, the qualifications to homeschool a student must include one of the following: have 45 college credits, work with a certified teacher one hour per week minimum, complete a parent qualifying course, or get approval from your school district’s superintendent.

There's also a declaration of intent that would need to be submitted each year that a parent intends to homeschool their child.

Stuber said her group estimates there are 32,000 kids being homeschooled throughout the state. She said school districts are doing what they can, but understands why some parents are frustrated with remote learning.

“Classroom teaching doesn't translate well to online teaching and there's a learning curve to figure out how to do that,” she said.

She recommends interested parents look for support groups and be excited about learning with their child.

“Local homeschool leaders know other groups in your area, even if we don't, and everybody wants you to find your tribe some of the most comfortable with,” she said.

Stuber added homeschooling can give the benefits of both remote and in-person learning.

“You've got the ability to go ahead and use online sources if that's something that your child likes and it's something that works well for them, or you have the opportunity to go out into the community and draw that actual experience with them,” she said.

Seattle Public Schools announced Wednesday plans to begin the fall school year under remote learning. Tim Robinson with Seattle Public Schools said they conducted a survey earlier this summer and don't expect to see an increase in the number of parents opting to homeschool their children.