While Latinos make up 13% of the population in Washington state, at one point, they represented 44% of coronavirus cases. 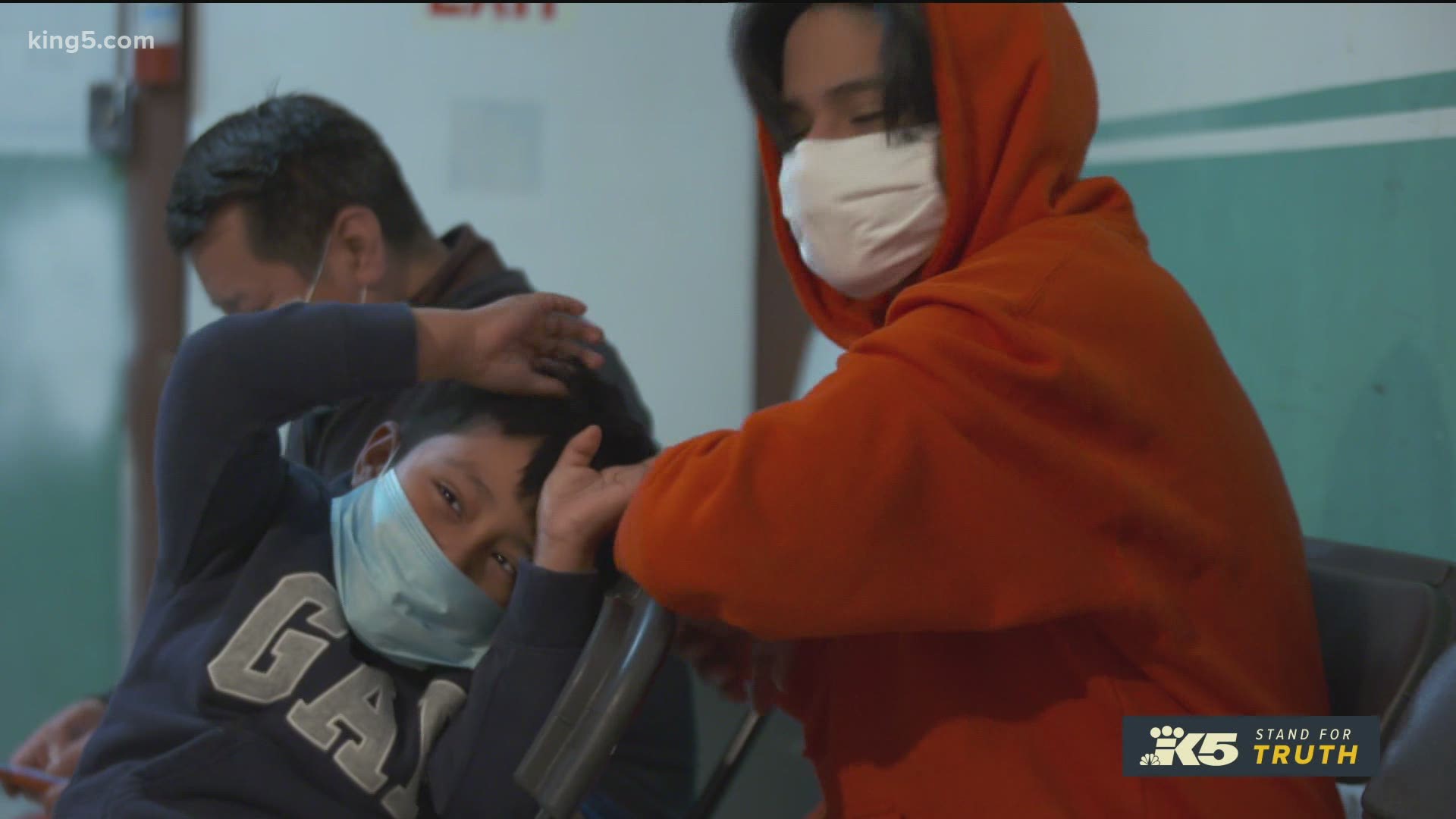 SEATTLE — Somewhere in Seattle as the shadows get longer, you’ll find Gloria Ramirez in the basement of an apartment complex.

“This is for the ancestor. They are coming today, so today I want to say welcome to my people,” she said while preparing the alter.

She’s setting up for Dia De Los Muertos. Marigold flowers represent the fragility of life. Tamales are an offering for the dead. It’s a long standing cultural and religious holiday – a chance to remember and even connect with loved ones who have passed.

They’re gathering at a time that we’re told not to, taking a risk that’s even greater for this community because the coronavirus pandemic is hitting the Latino population especially hard.

A study by the University of Washington’s Latino Center for Health that was released in October substantiates the claim that Latinos are disproportionality affected by the virus. While Latinos make up 13% of the population in Washington state, at one point they represented 44% of coronavirus cases.

“There is a much much higher risk of being positive if you are Latino,” said Dr. Leo Morales, a medical doctor with the UW School of Medicine and co-director of the Latino Center for Health.

“When I first asked about the data, I wanted to see what was going on, and I was shocked by the difference,” Morales said.

Why the difference? Take Gov. Jay Inslee’s first "Stay Home, Stay Healthy" order issued in March. It included recommendations to do your part to stop the spread of coronavirus by working from home. That’s great if you work in an office, but that’s a luxury many don’t have.

“There is something extremely important that we need to recognize," Ramirez said in Spanish. "Our community is made up of the essential workers that throughout the entire pandemic have been on the front line working."

“That’s our people in the fields…the people gardening, construction workers, in restaurants are always from our community,” she continued.

It’s not just the positive rate of infection that’s affected the Latino community but the death toll. In Washington state, Department of Health data shows Latinos are four times more likely than white people to die of COVID 19.

Now to the why. While there is no clear answer, experts point to possible explanations that are both nuanced and complicated.

According to Morales, studies show that the longer a person is exposed to the virus, that may lead to a more severe case. That situation could present itself in group housing or in close work environments.

Lack of insurance may prevent people from seeking treatment until their case is severe. Add to that the lack of treatment for possible underlying health issues that could put a person at a disadvantage should they catch the virus.

That fear that is a reality for Ramirez. The mom of two came to the United States from Mexico at 15 for an experimental treatment on her failing eyesight. She ended up staying illegally.

“The fear is doubled," Ramirez said. "If we need to go to a hospital, we’re scared. The bills – there’s no work. How do you pay the bills?”

A clear divide, Ramirez pointed between those who can and can’t work from home.

“It is impossible to not see the divide that exists,” she said in Spanish.

Social inequality existed well before coronavirus reached western Washington, but now the pandemic is amplifying it.

“There is much truth to that – the social inequalities existed long before…We cannot close our eyes to that harsh reality,” said Dr. Gino Aisenberg, an associate UW professor and co-director of the Latino Center for Health.

It's a reality that Ramirez and others like her live with every day.

“Actually we’re passing through a very difficult time, all of us around the world. And here specifically, we’ve always been separated,” she said.

Separated, but at the same time Ramirez explained it's a troubled time that’s bringing her community closer together than ever.