Across Washington hundreds of thousands of children don't have the tools they need to learn from home, and the numbers are disproportionate in communities of color. 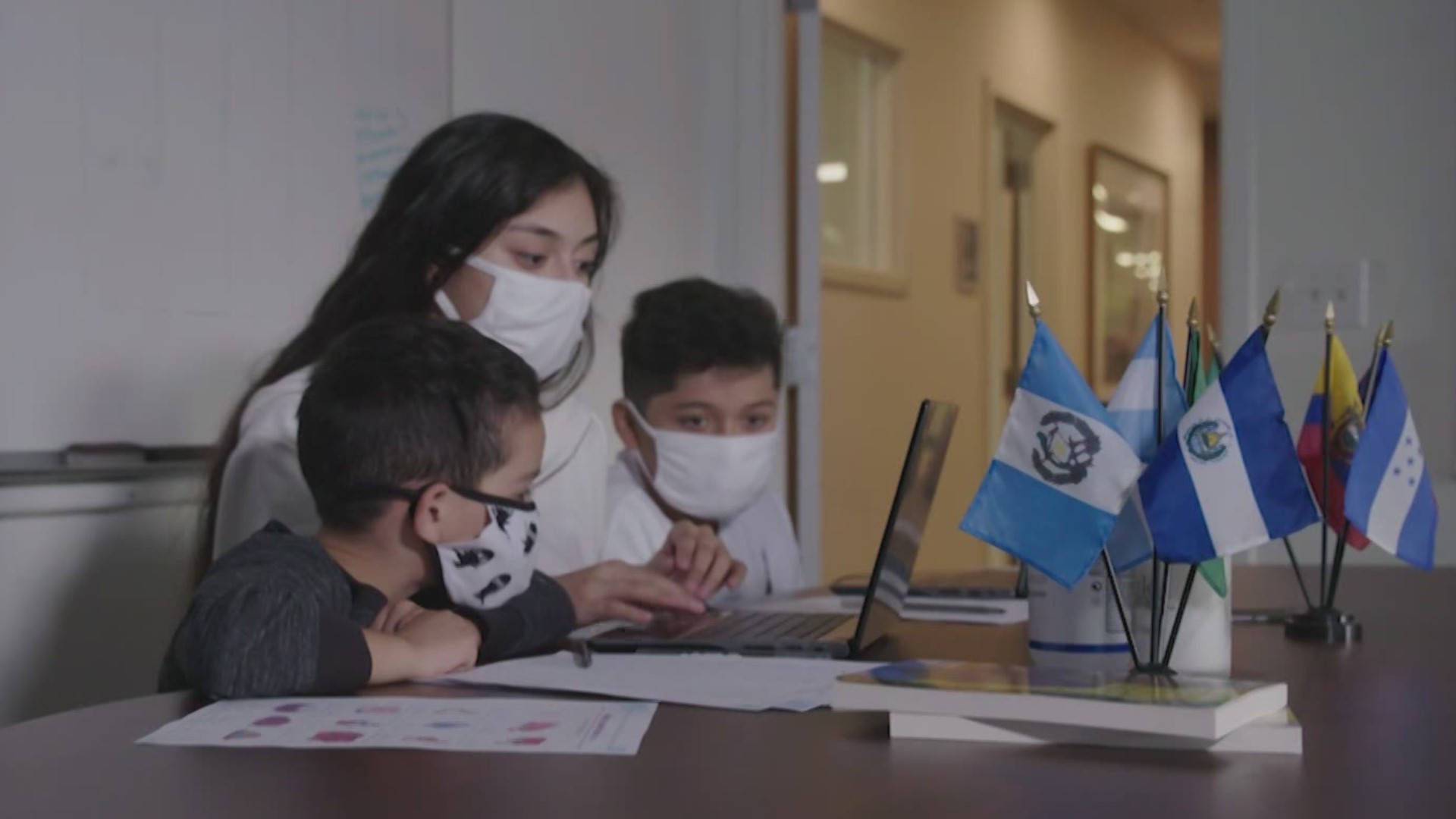 VASHON, Wash. — Like so many weddings and life events in the past 10 months, COVID-19 put a stop to a significant life event for Maria Guerrero-Rivas – her quinceañera. While the party to mark her coming of age has been postponed, Guerrero-Rivas is growing up quickly taking on more responsibility than most 15-year-olds.

Guerrero-Rivas' family moved to Vashon Island more than a decade ago. The island is only a 20-minute ferry ride from tech-centric Seattle, but there, many families are cut off from internet access. As the daughter of Spanish speaking parents, Guerrero-Rivas helps her younger siblings set up for school, figuring out technology and teaching when their parents cannot.

“It inspires me in a way to try to help others, because I know not a lot of people have that help. Like, there's people whose children like don't speak English, and so they can't translate for their parents,” said Guerrero-Rivas.

She is not alone. Thousands of children who live in households where English is the second language are falling into the chasm of what’s called the digital divide. Stanford University defines digital divide as “the growing gap between the underprivileged members of society, especially the poor, rural, elderly, and handicapped portion of the population who do not have access to computers or the internet."

So how big is the digital divide? The data is hard to come by, but a survey conducted by Common Sense Media and the Boston Consulting Group found nationwide more than 15 million kids in the U.S. lack adequate internet access or devices needed for home learning. About 18% of those students are white, 26% are Latinx, 30% are Black and 36% are Native American.

In Washington state, 172,897 kids or 15% of students don’t have a digital device, and 249,702 or 22% don’t have adequate internet connections, according to the survey. And because of the pandemic, it's estimated those numbers will spike.

“I think when people think about tech, they think, great, we'll give you a hotspot, we'll give you a computer, you're all set. But there's really all this learning and familiarization that happens that I get logged on. And you know, if you don't speak the language, it's even harder,” said Alejandra Tres, one of the co-founders of Comunidad Latina de Vashon, a grassroots Latino advocacy group on Vashon Island.

Tres was reluctant to speak with KING 5 alone, because, she says, the core of Comunidad Latina de Vashon is about respecting and representing the voice of the entire Latinx community.

Its a community that CLV says they are serving every day. Currently they are helping the families of more than 70 Latino elementary school students get online every day – in addition to tutoring and mentoring. Tres says the pandemic shined a light on an ongoing problem.

“That world already existed with an educational divide for Latino children. And so, we're really seeing it open into a cosmic chasm. And what we want to do is look at it as an opportunity," Tres said. "How can we be really curious about building something better? Because COVID has changed everything, what if when we come back, we think about keeping some of those changes that actually really improve educational opportunities for Latinos.”

Comunidad Latina de Vashon says the are grateful to their community partners for providing help and assistance.

Statewide an organization called InvestED is working to help close the digital divide by raising money and distributing technology where it's needed most.