Thunderstorms roll through Puget Sound knocking out power to thousands

The storm system is expected to bring heavy rain overnight into Sunday morning, as well as the chance for isolated thunderstorms. 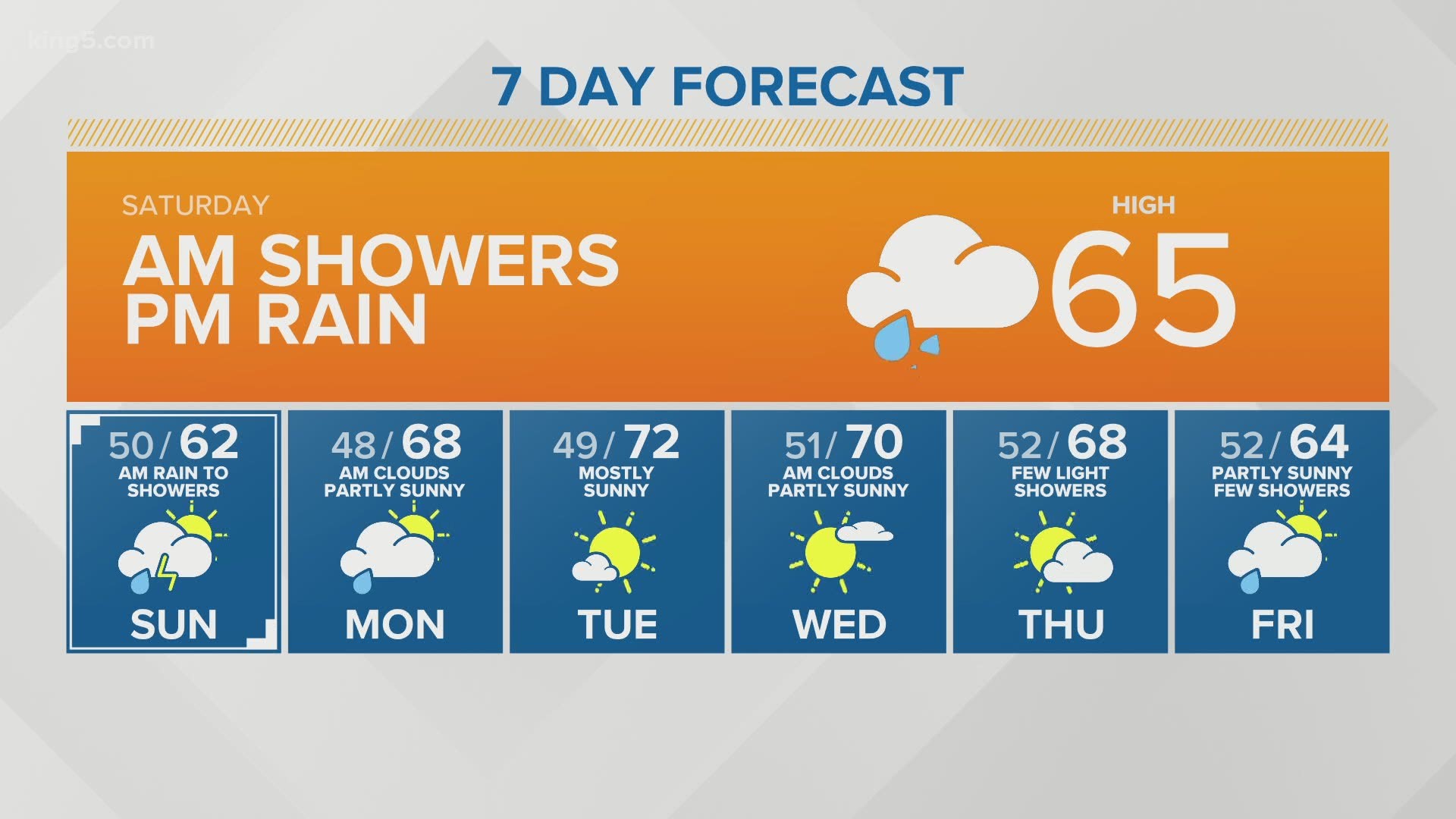 SEATTLE — Thousands of people woke up without power Saturday morning as thunderstorms rolled through Puget Sound.

According to Puget Sound Energy's outage map, more than 4,000 customers were without power as of 10 a.m. Saturday. PSE crews were continuing to work to restore power as of Saturday evening. Seattle City Light's outage map showed a minimal amount of customers affected.

The thunderstorm produced lightning, which caused damage to some areas in Puget Sound. Lightning struck a tree just feet from a Kirkland home, sending branches and debris flying.

"Just a big boom and a flash of light, it was bright orange," described Greg Neumann, who owns the Kirkland home. "I just thought maybe a transformer has blown. And then all of a sudden, just saw all the branches from the tree start to fall. Luckily it didn’t fall on the house."

"We’re just very fortunate. It could have been a lot worse. We still have a house, and the rest of it over time, we’ll take care of it," said Neumann.

KING 5 meteorologists say this storm system will bring heavy rain at times throughout the evening Saturday through early Sunday morning.

Isolated thunderstorms are possible, as well as hail and gusty winds.

The bulk of the weather will head into the Cascades and eastern Washington, where there is potential for severe weather with strong thunderstorms and gusty winds, according to KING 5 meteorologists.

Saturday's weather system will move quickly up into British Columbia and Alberta overnight into the early morning on Sunday.

Sunday is expected to clear out, but a few spotty showers are still possible. Highs will be in the mid to upper 60s.

RELATED: Is it safe to watch lightning outdoors during a thunderstorm?