Is it safe to watch lightning outdoors during a thunderstorm?

While it may be fun to watch, many weather and safety authorities say you should stay indoors and away from the windows during a severe thunderstorm. 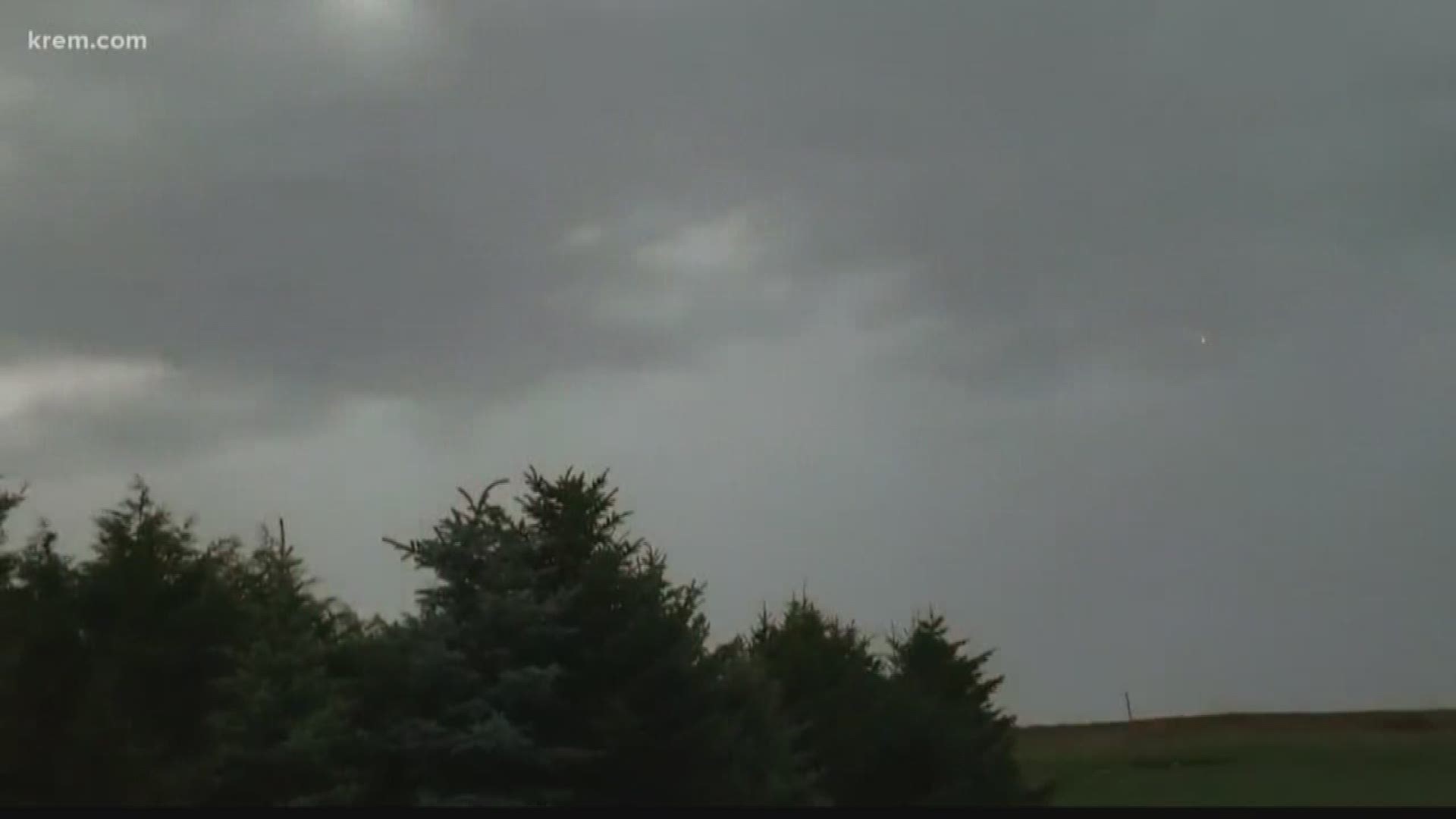 Many people went to their porches, yards or even out into the streets to watch the light show. But thunderstorms can be dangerous, and going outside can increase chances of injury or death, according to experts.

Many groups, such as the American Red Cross, the National Weather Service and the Weather Channel, have lists of Dos and Don'ts to make sure everyone stays safe during thunderstorms.

The American Red Cross recommends staying inside a sturdy building with the windows closed during a severe thunderstorm. Its also smart to stay in a central part of the building away from windows, and if possible, to stay on the ground floor.

Anywhere that thunder can be heard is close enough to a storm to be struck or otherwise injured, and the National Weather Service recommends staying inside for at least 30 minutes after the last audible thunder clap.

If it is impossible to make it inside during a storm, the best way to stay safe is to crouch low to the ground, but not touch it, the American Red Cross said. The surface of the ground can retain a charge from a nearby strike, they said.

Don't stand near trees, water, metal objects like fences and bleachers, and try to avoid standing on high ground while outside in a thunderstorm, according to the American Red Cross.

If outside, don't use dugouts, sheds or picnic areas as shelter as they aren't usually safe during a storm. Also, don't approach any power lines that have fallen or any buildings that have sustained damage, according to the American Red Cross.

The American Red Cross also recommends people avoid taking a bath or shower during a storm. Also, the Center for Disease Control recommends staying away from any walls or floors made of metal or concrete to avoid stray electricity from a lightning strike.

What to do while driving

Sometimes, a severe thunderstorm can quickly move into an area, meaning there may not be enough time to reach a safe shelter when driving. In this case, its best to pull the vehicle over to a safe place and to turn on the emergency flashers if there is also heavy rain, the American Red Cross said.

Avoid touching metals inside or outside a vehicle, and don't drive through flooded roadways, according to American Red Cross.

The Weather Channel recommends staying in the vehicle, but if it is a convertible with a top made of something other than metal, it may not provide protection.

Phones and other electronics can also be damaged if they are attached to chargers in a vehicle that is struck by lightning, according to The Weather Channel. Also, when leaving a vehicle in a thunderstorm, be careful about touching metal on the outside, which could be charged.

RELATED: How Tuesday's thunderstorms compare to past Inland Northwest storms