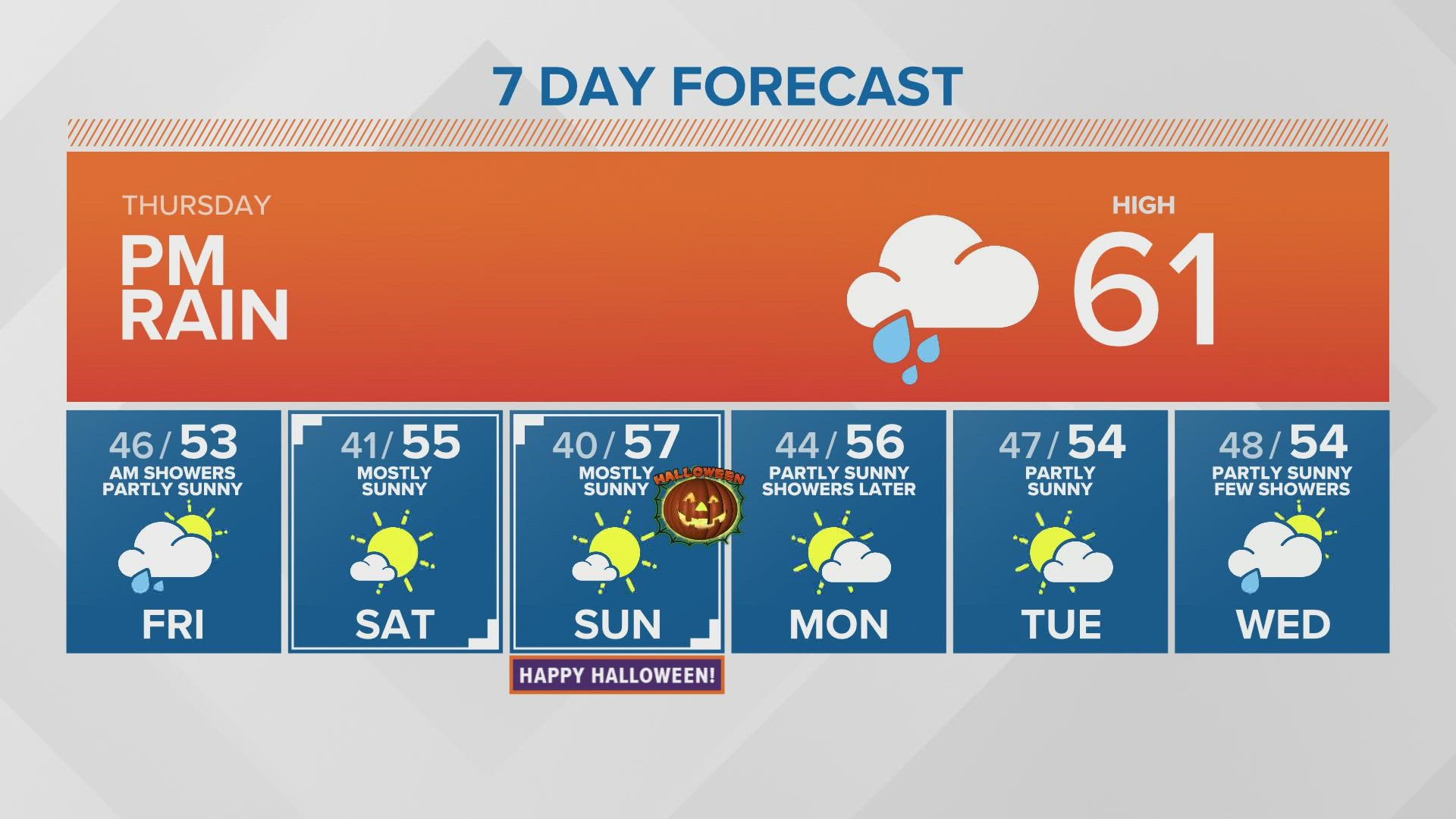 Heavy rain, mainly north of Everett this morning - spreading southward through the south Sound this afternoon. Rain, heavy at times tonight. Highs will reach the upper 50s and low 60s.

Credit: KING 5 Weather
The daily forecast from the morning of October 28, 2021.

A very wet warm front, an atmospheric river, is pushing its way into western Washington today. This will be pointed like a hose at the state pumping water from the tropics and subtropics into the state.

This morning, the hose is pointed at the north coast and the interior north of Everett where heavy rain is falling at times. Everett southward we are seeing occasional rain (more like normal NW rain).

By midday, the heavy band of rain will begin to drift southward with heavy rain at times from Bellingham to Olympia for the afternoon and evening commute. It will turn a little breezy today (nothing like last Sunday and Monday) bringing down more leaves and clogging drains leading to widespread standing water on roadways.

A flood watch is out for the rivers on the Olympic Peninsula and the west slopes of the Cascades from King County northward to Whatcom County. The biggest risk of river flooding will be in the north Cascades and Olympics.

As the atmospheric river slides off to the southeast early Friday skies will clear out to sunshine by the afternoon. We should see a sunny and mild weekend, including a dry Halloween afternoon and evening.

Several weak weather systems brush us through the first half of next week for a mix of sun and a few showers, but overall is a quiet weather pattern – a pleasant change!