To see bioluminescence with your own eyes, one enthusiast recommends looking near the new moon and on clear, warm nights. 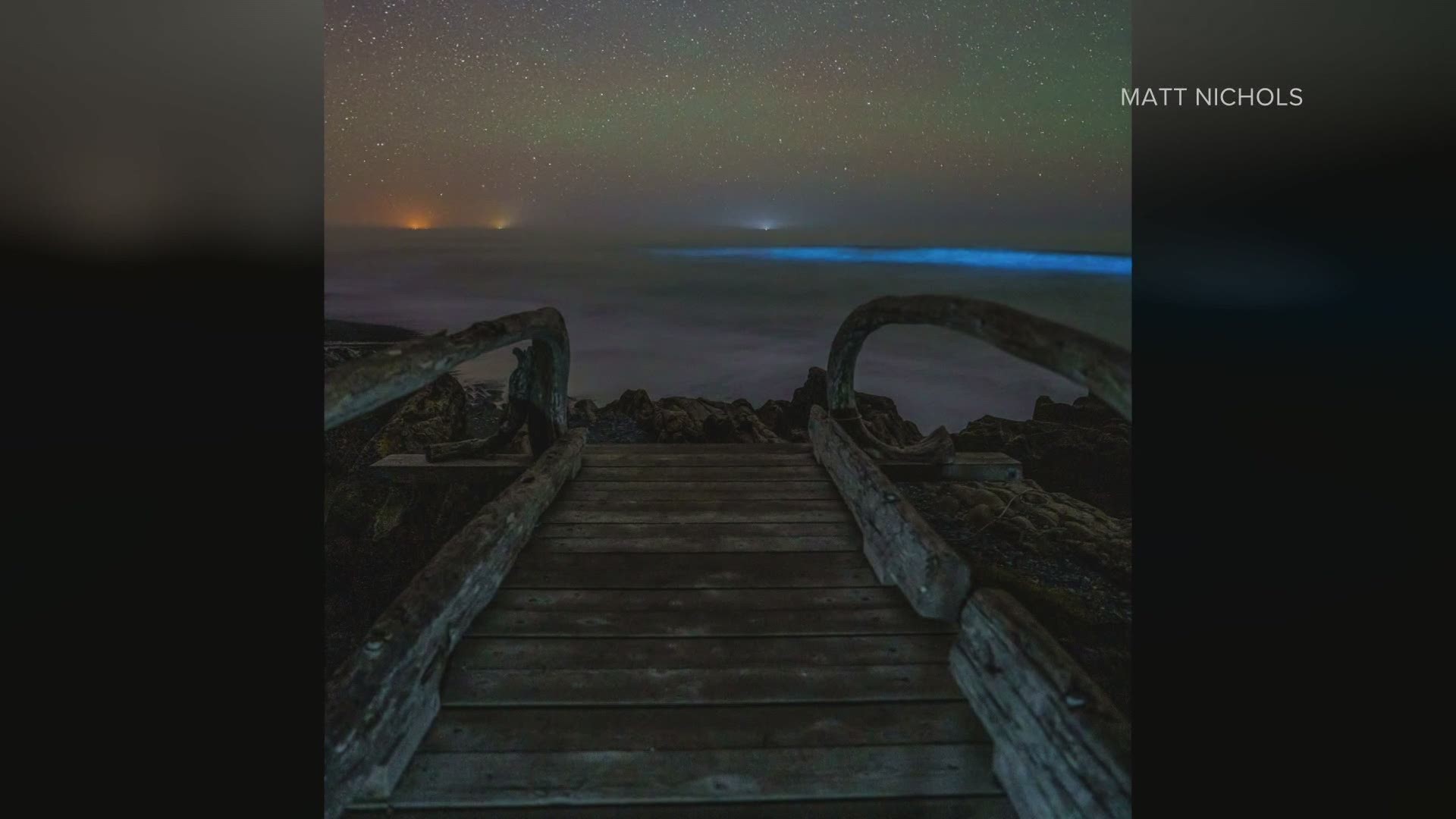 SEATTLE — Waters off the Washington coast were lit up with a nighttime light show over the weekend as bioluminescence made a springtime appearance.

Bioluminescence occurs when a chemical reaction in an organism emits light. Humans typically see bioluminescence that’s triggered by a disturbance, like waves or a boat moving through the water, according to the Smithsonian. Although bioluminescence is found in many marine animals, one of the most common causes is from plankton being disturbed at the water’s surface.

Organisms can also emit light responding to an attack or to attract a mate, according to the Smithsonian.

Matt Nichols captured images of waves glowing blue off the coast on Saturday night, saying it is “truly amazing” to see in person.

He said the best time to catch the show is near the new moon or after the moon sets and it is really dark with no light pollution. Nichols also recommended limiting the use of flashlights and your cellphone to let your eyes adjust to the dark.

“I've also found it's really prevalent when we've had a bunch of clear days like we have recently – clear, warm days,” Nichols said. “The blooms really start to pick up, and you can really start to see it then.”

To capture images of bioluminescence, Nichols recommended using a tripod, adjusting your exposure time to at least 30 seconds and increasing the ISO on your camera.

If you want tips to chase down bioluminescence and a place to share your photos, Nichols started the Facebook group “PNW Bioluminescence.”