During the 1950s, Seattle U alums Johnny and Eddie O’Brien became the first twins in Major League Baseball history to play for the same team in the same game. 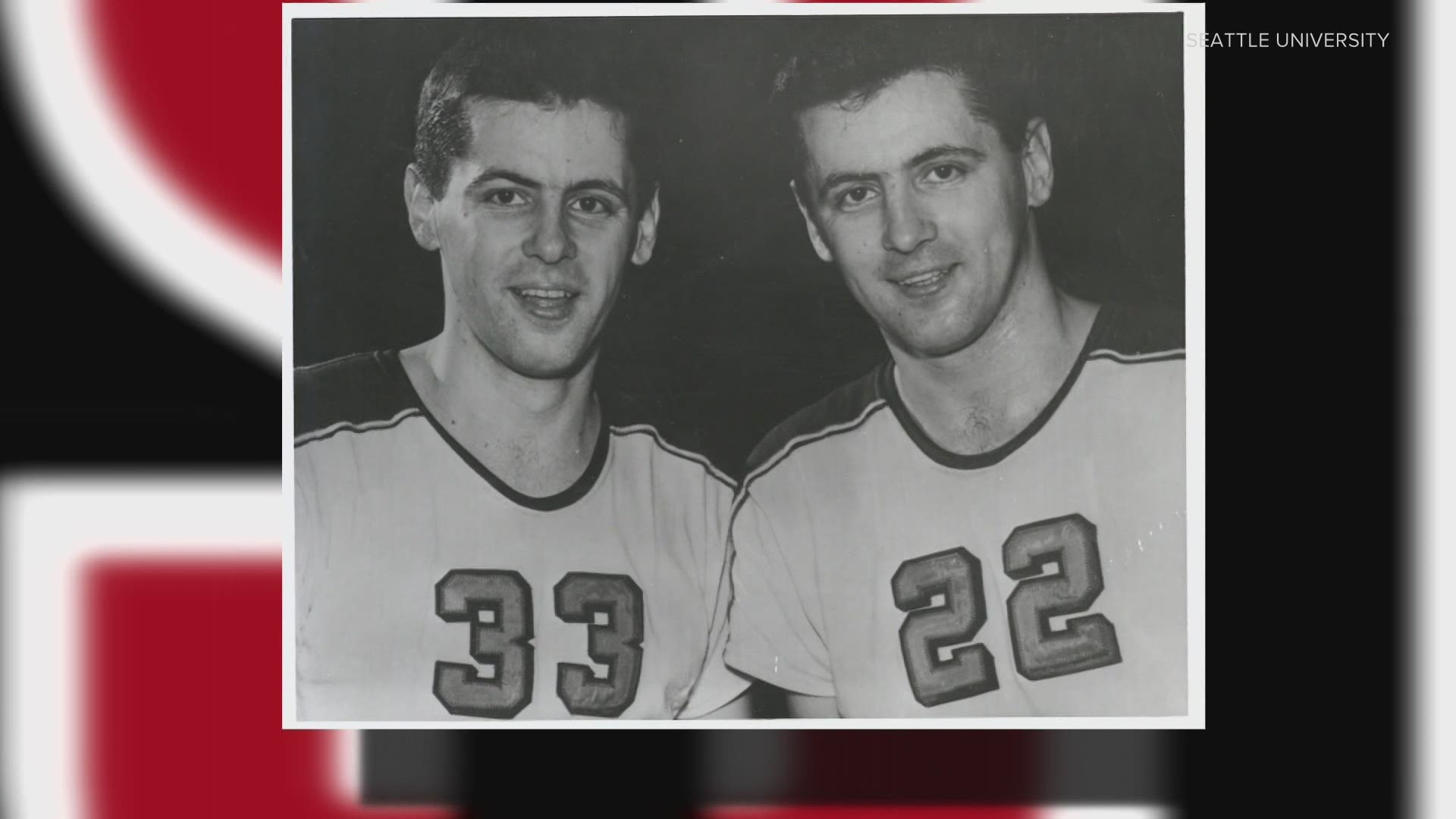 SEATTLE — On the Seattle University campus, the O'Brien name is everywhere — and for good reason. In 1951, twins Johnny and Eddie O’Brien helped turn the school into both a baseball and basketball powerhouse.

Johnny became the first college basketball player to score 1,000 points in a season. The brothers gained national fame when they led Seattle U to a victory over the Harlem Globetrotters. The twins were both drafted to the NBA by the Milwaukee Hawks, but opted to play professional baseball instead.

The O’Brien boys became the first twins in Major League Baseball history to play for the same team in the same game.

Eddie passed away in 2014, but Johnny, who played for the Pirates, Cardinals and Braves is still going strong at the age of 90.

Seattle U baseball coach Donny Harrel said of the twins, “We're so blessed, as you know, to have those guys in our lives. We sure miss Eddie... he was such a great influence on me as a coach. And there's never a dull moment when Johnny O'Brien is around!"

And he's been around campus a lot the past few years. His grandson Connor O’Brien is now a star for the Redhawks baseball team.

“When we offered him the scholarship, he had earned that scholarship," Harrel continued. "It was kind of interesting because, obviously, the legacy we have here with Eddie and Johnny -- and I wasn't sure if he thought that he was scholarship-worthy, to an extent, that he had earned it. But he has, he has the whole way."

Connor, from Archbishop Murphy High School, played in 43 games as a freshman and started 49 games his sophomore season.

This year, Connor leads the Redhawks in runs scored and is 2nd in home runs and RBIs.

“For me personally, it's kind of a family thing," Connor said. "I've been playing baseball since I was three, out at the camps that my grandpa used to run with my cousins and everything. So, it's been a part of my life for a long time."

Connor said his grandpa is always there with some words of wisdom, “The main advice I usually get from him, and he likes to keep it pretty simple, it's just... 'Be on time and punish the ball.' That's what he's been telling me since I was probably five or six. It’s always 'punish the ball,' so that's the approach up there: just hit it hard and good things will happen.”

And good things are happening for Connor. He now has a good chance to get picked in this year's MLB draft.

“It's kind of crazy to think about. Going through high school, I didn't think it was really a possibility. Like, it was always the goal, but it didn't really seem attainable. And these past couple years, doors are starting to open a little bit and it's been a crazy experience getting to go through it."

While Connor is making his own name at Seattle U, he admits it’s special to see the impact his family has had on the school.

“It's pretty cool," Connor said. "Seeing their names out on the fence at the baseball field and when we practice indoors, they're hanging up inside the practice gym. It's cool to see them on the field. It always feels a little weird, like whenever we have media stuff, we go to the O'Brien Center... just feels weird to say."