In this week's Prep Zone, a Curtis H.S. senior is excited for a chance at the MLB, but really looks forward to being a Coug and playing again with his brother. 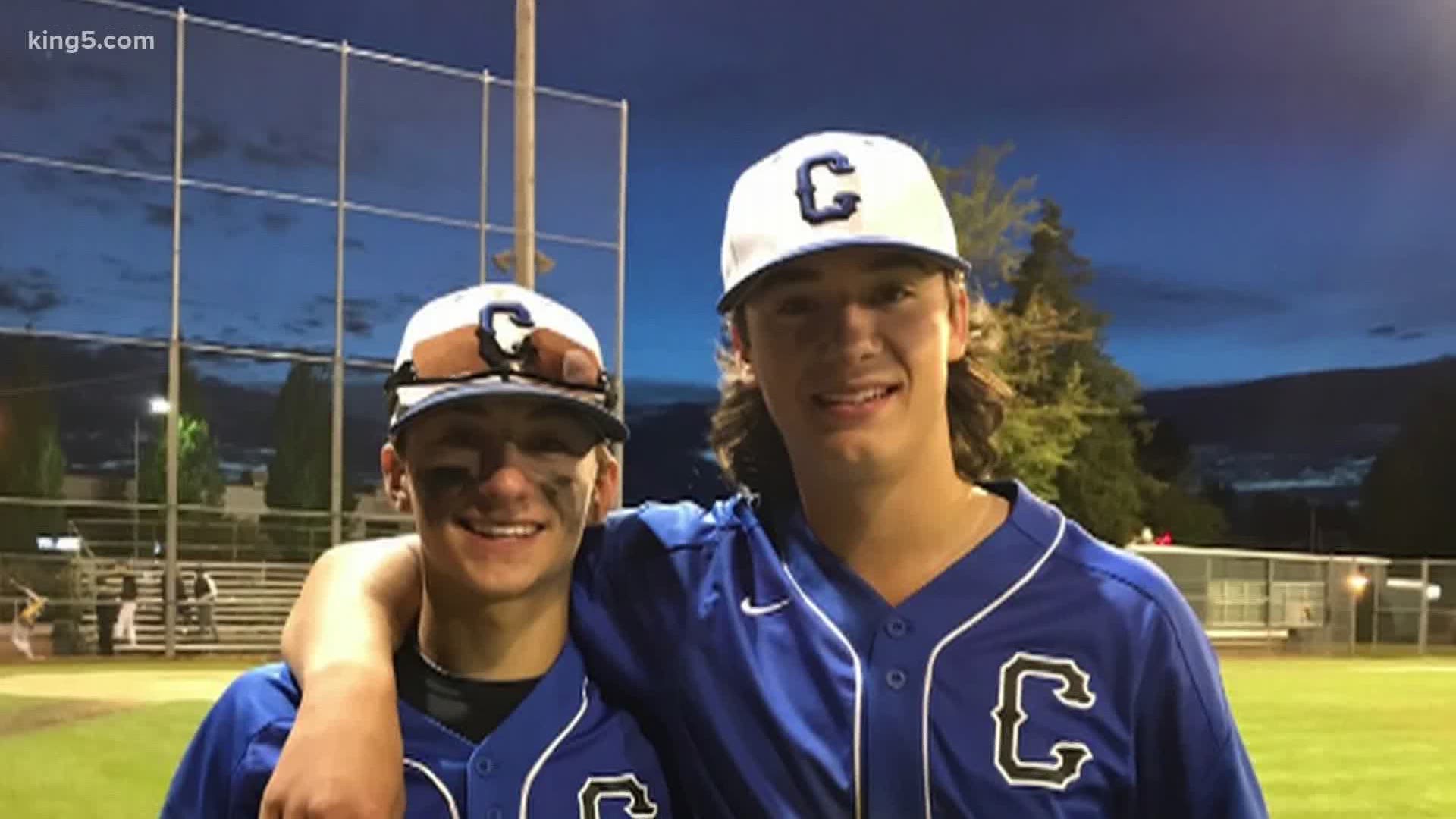 Major League Baseball will hold its draft on June 10 and Curtis High School’s Kyle Russell has a chance to get picked. But right now, Kyle is more excited about being a WSU Coug and playing again with his brother.

Kyle Russell loves to hit the baseball; he’s being doing it since he could walk. He usually played on his older brother Cody’s team.

“Growing up, I always played up with him and his friends and that kind of got me athletic, got me quicker, got me smarter, I definitely learned the game from him and my dad. They showed me a lot. I mean, just growing up with him, he helped me a ton, showed me how to act on and off the field, it was good having an older brother,” Kyle said.

Their mom Kim said, “Cody is hard on Kyle, he pushes him, because he knows what his potential is, you know, and Cody has brought Kyle up a lot with the baseball. But the most important thing is that they always keep the bond outside of baseball. That was really important to me and Syd, that we are in this together.”

Brother Cody added, “Growing up, it was always just one of those things that it was always a challenge but we knew how to have fun and still love the game, got to play every single inning with each other so it's pretty awesome."

What made it even more special for Kyle and Cody was the fact their dad was their coach.

“He's helped me just as much as my brother has. He stayed up long nights, I mean, he’d come after work straight to the cages and he’s spent just as much time as me and my brother have, so it's good to have someone that I can rely on too,” says Kyle.

Dad Syd said, “His speed is good, his glove is good, his footwork is good, and his hitting just keeps improving, almost every month.”

His dad and longtime coach is not the only one taking notice. Kyle is the state’s top ranked senior and had home visits from over 20 major league teams.

Scouts have marveled over his quickness, arm strength and footwork. Kyle admits playing quarterback didn’t hurt. He’s been the starter at Curtis since his sophomore season.

“It helped tremendously, helped me even be a better leader -- I got faster, I got stronger, definitely helped arm speed... Being the quarterback, I was constantly keeping my arm conditioned until baseball season," Kyle said.

Before the pandemic, the all-star short-stop had dreamed of going straight from Curtis to a major league team, but since the upcoming draft has been shortened from 40 rounds to only 5, Kyle now is focused on improving his draft stock at Washington State.

“It was a cool experience hearing from all the scouts, but I think the biggest thing for me was letting them know I going to stick with WSU, wait my three years out and see where that takes me,” says Kyle.

Not only will Kyle compete for the starting spot at short, he will also get to play with his brother again. Cody is making the move from Pierce College to Pullman and so the Russell boys are back together again.

“It means the world to me and my family, I mean this is something we've always dreamed of and finally come true,” says Kyle.

While coronavirus may have hurt his chances of being drafted this year, Kyle doesn’t waste one second dwelling on the negative. He’s loves playing the game with the people he loves even more.