'He's always been there for us': Fife High School football team surprises night custodian with thanks, gifts

Members of Fife's football team said night custodian Nate Woodward cleans up after hundreds of students every day with a smile. 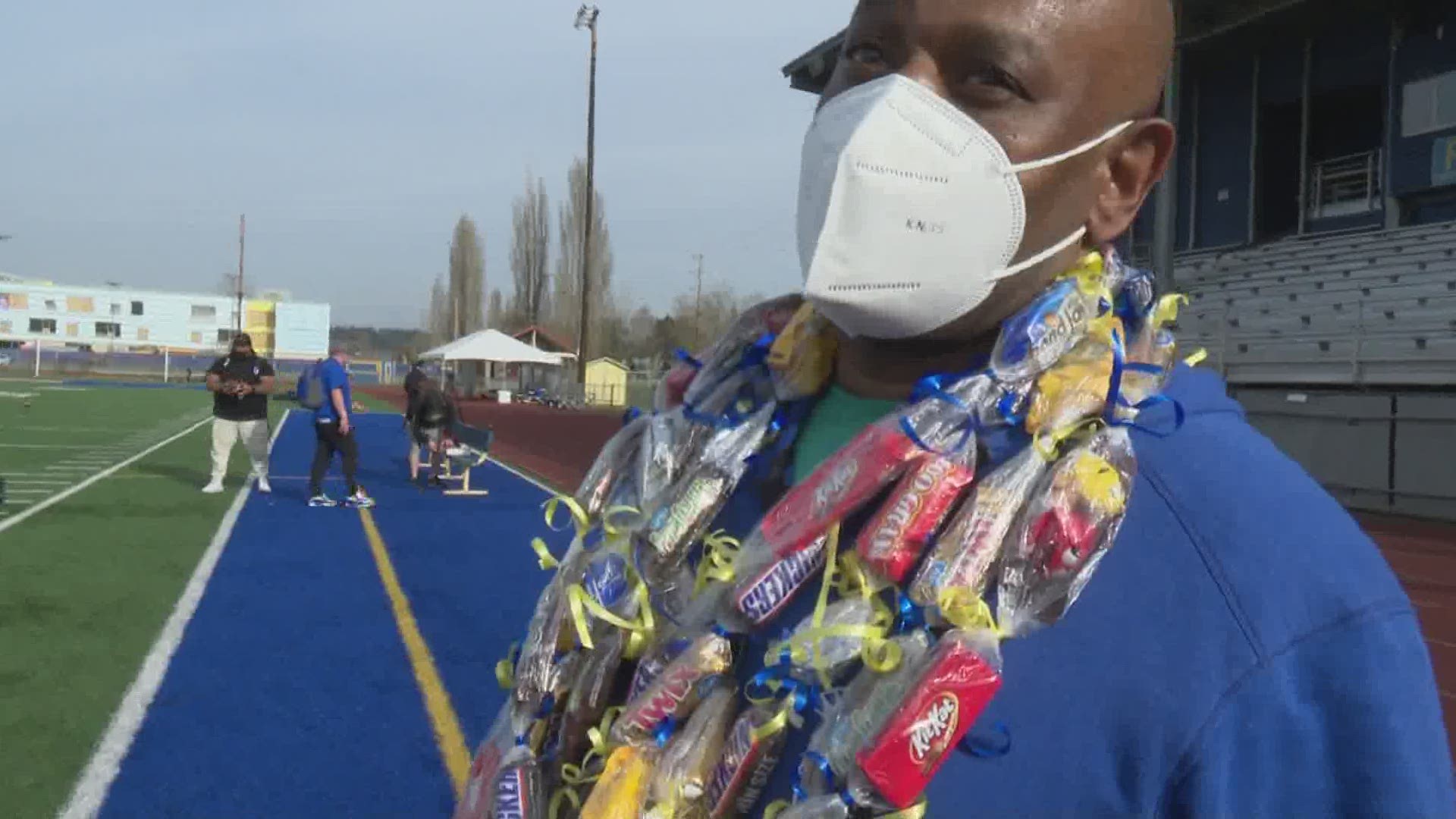 FIFE, Wash. — At Fife High, the football goes by the mantra of ATF, Always Team First.

And as KING 5's Chris Egan found out in this week’s Prep Zone, the team is not just the players and the coaches.

In 2018 the Fife football team went undefeated in league play and advanced to the State semi-finals.  In 2019 they made national headlines when their starting quarterback Brynna Nixon became the first female in state history to throw a touchdown in a varsity high school game.

In 2021, they were just happy to be playing again, especially so the team's 16 seniors.

“It was a true blessing because there are a lot of people who were losing hope. You know a lot of people didn't really believe that we would have a season, but you know, when it actually came, it was just such a blessing to be out there again one last time with my brothers and my sister Brynna Nixon," Malakai Asoau-Koke said.

“It was truly a blessing like I really had little to no hope I was going to have a season this year, and it was just exciting to get out here with my brothers and fight hard," Kamal Johnson said.

Kent Nevin has coached at Fife for nearly two decades. He’s won his share of games, but for Coach Nevin the wins are just a by-product.

“As a teacher, an educator, and a coach you want them to think about other people, not just themselves," head coach Kent Nevin said. And that’s exactly what his 16 seniors did.

Nate Woodward is a night custodian at Fife.

A custodian can be a thankless job, cleaning up after hundreds of kids every day. But Woodward does it with a smile and the Fife football team took notice.

“He's always been there for us," Johnson said.

“He's had a big impact on all of us. It's the little things that he does that really impact us," says Asoau-Koke.

“He just always cares for them, so they wanted to do something special for him and the seniors are the ones who came up and said we want to have a night for him," says Nevin.

At the last practice of the season, the players surprised Woodward with some gifts.

Woodward fought back the tears as the Trojans showered him with love. After some fist bumps and thanks, the team had one more surprise. They put their pads and helmets away and picked up brooms and spray bottles and went to work.

“It was just like a little idea that we should just clean the school," Johnson said.

They shined the floors, the doors; they took out the trash and wiped down pretty much every handle in the school.

It was just one night after one practice, but it’s a moment Nate Woodward will never forget.