More backyard cottages may come to Seattle under new rules 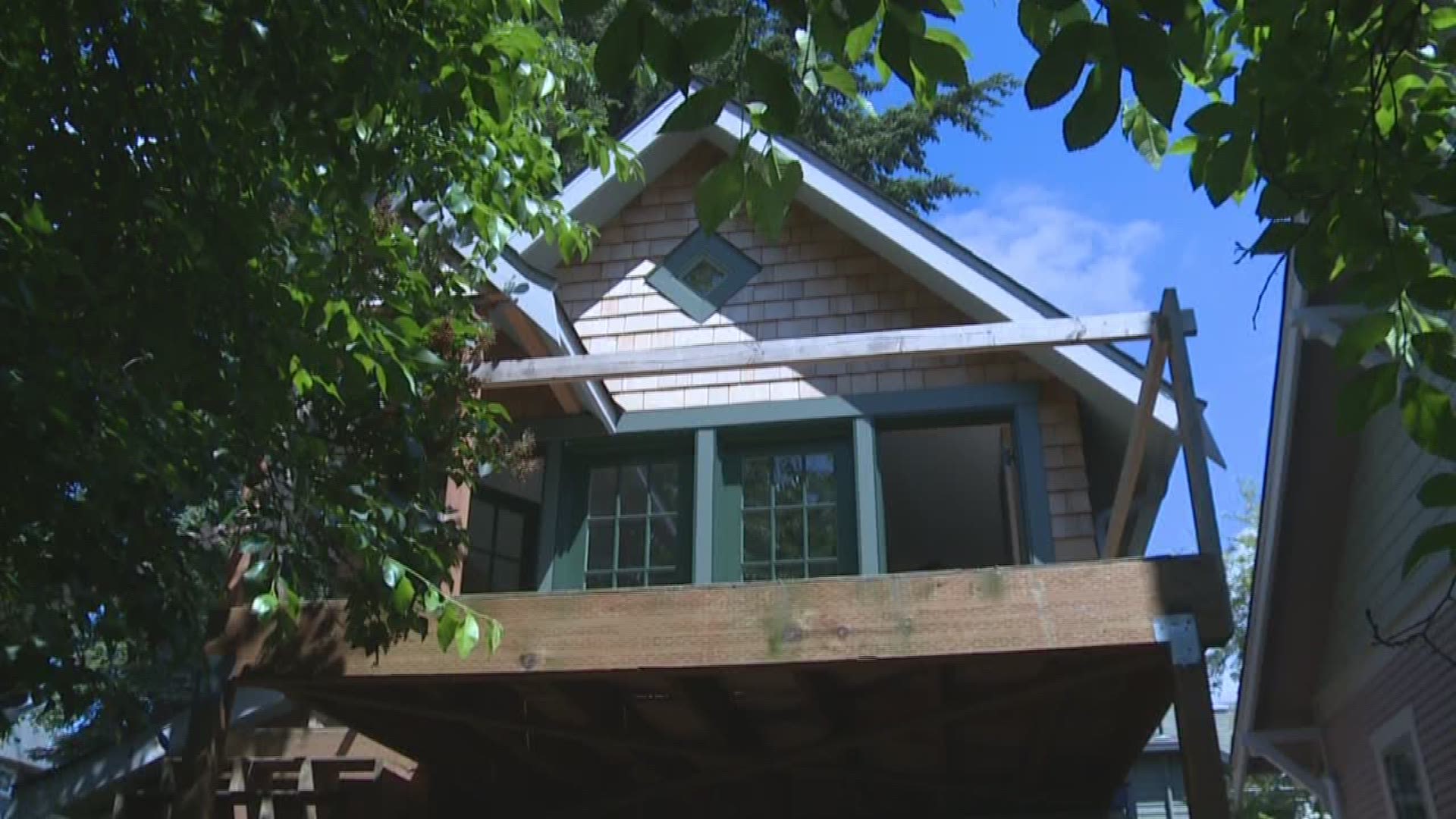 Editor's note: the above video was created in May 2016, when Seattle City Councilmember Mike O'Brien introduced his ideas about accessory dwelling unit legislation.

The City of Seattle took a step forward in the process to allow more backyard cottages and other accessory dwelling units in single-family housing zones Monday.

The city’s deputy hearing examiner ruled that the city's final environmental impact statement for the accessory dwelling units (ADUs) proposal was adequate Monday. Now that the FEIS has been legally approved, the Seattle City Council can act on the proposal.

The Queen Anne Community Council appealed the FEIS in October 2018. They argued that the city was not thorough enough in its assessment and violated the State Environmental Policy Act, but were overruled by Monday's decision.

The new proposal would loosen some restrictions on the backyard cottages, with the goal of increasing the number of housing options in Seattle’s single-family zones. Councilmember Mike O’Brien announced that he will introduce legislation soon to encourage more of the backyard cottages to be built.

He said he plans for the legislation to:

The FEIS states that the new proposal could result in 2,460 more ADUs built in the years leading up to 2027. There could be 4,430 ADUs total in the city.

O’Brien chaired the land use committee from 2014-16 and is the current chair of the Sustainability & Transportation Committee. He announced he will not be seeking re-election next year in February.

“I am thrilled that the Deputy Hearing Examiner agrees that the city’s FEIS is adequate. It means the Council can act early this summer to refine policies and provide a path for more people to build backyard cottages,” he said.

“Seattle faces an affordability and housing crisis, and we are acting to increase the supply of housing options as quickly as possible. We need to use every tool in our toolbox to boost the supply of housing – and that includes knocking down barriers for homeowners to build more backyard cottages and in-law units,” Durkan said.

There is a public hearing scheduled with the Sustainability & Transportation Committee on proposed legislation Tuesday, June 11.