The city of Tacoma passed the preliminary draft of an ordinance that would allow people to build a small living space on their property. 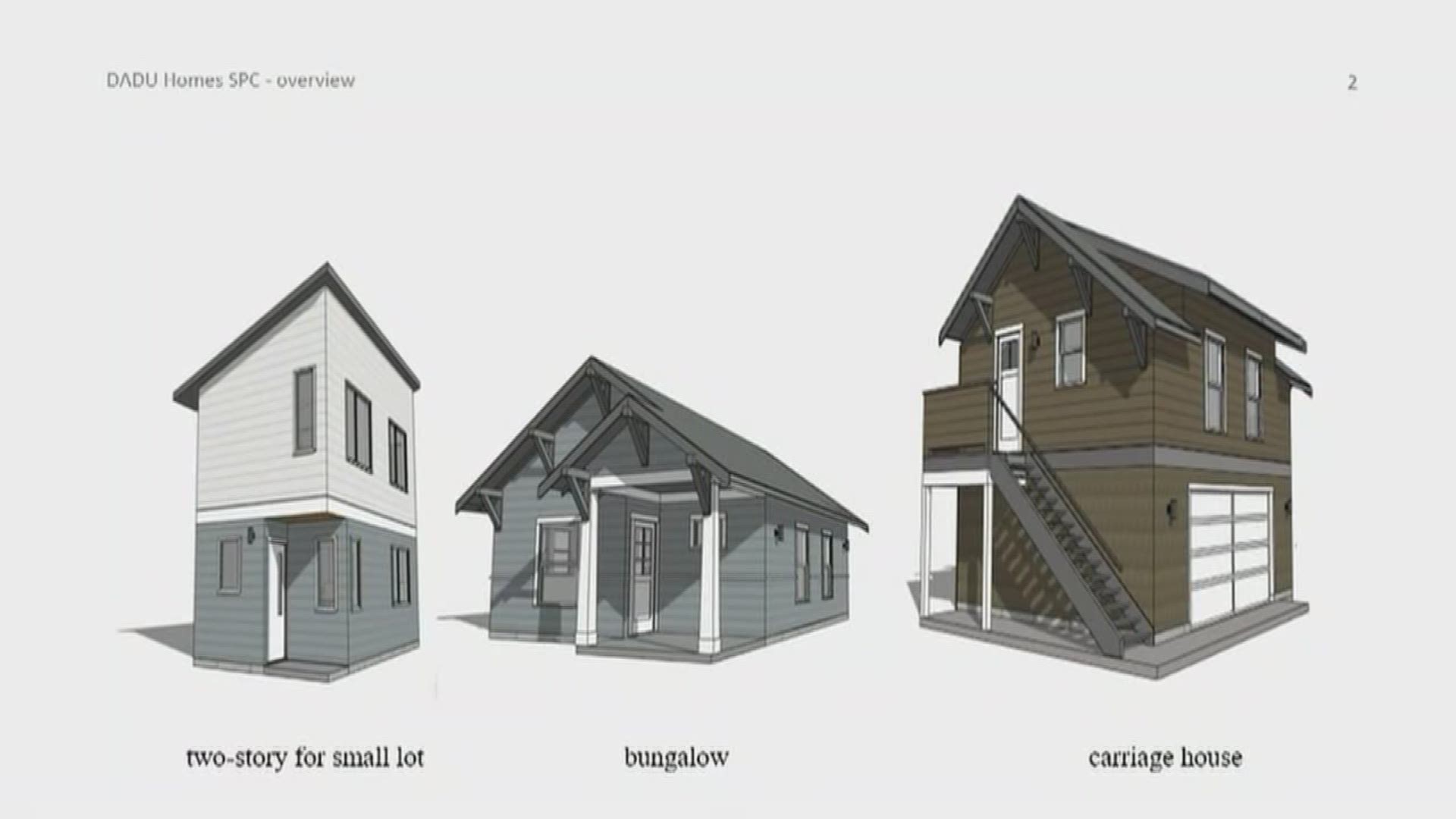 Tacoma could soon be home to more backyard cottages.

Meredith Neal, a homeowner on the north end of Tacoma, hopes to renovate her old garage into a new living space.

"The plan would be to demolish this and build a new structure in its place," she said. "My mom who lives 10 blocks away from here, if she ever reached a point where she can no longer live alone, then we can have a place that she can live with us while still having our own space."

That would be considered an Accessory Dwelling Unit, or ADU for short.

On Tuesday, the city of Tacoma passed a preliminary draft of an ordinance that would allow people to build a small living space on their property.

"Over the last couple of years we've seen an average of 200 people per day move to the city of Tacoma and our housing supply just hasn't been keeping up. And that's why the amount of people who have been cost-burdened, it's been skyrocketing," Tacoma City Councilman Anders Ibsen.

As Tacoma is looking to change its rules, people like Stephen Baldwin see an opportunity to help others build.

"We're still at the formation of our company. We're probably about two weeks away, but we have been talking to a lot of people and there's a lot of interest," said Baldwin.

Baldwin teamed up with Ken Miller to start a company called DADU Homes.

"Probably we're going to market around 135,000 or 140,000 and we'll build at cost for non-profits and other business organizations and for people who commit to renting affordably," said Miller.

Baldwin and Miller hope to help Neal build her addition. One that she hopes will help the city.

"For me, at the end of the day, it's about making sure that we add space for more families to be able to move into our community," said Neal.