Seattle businesses struggling to stay open during construction in Ballard

A benefit concert is set for next week to help businesses in Seattle's Ballard neighborhood that are feeling the pain from ongoing construction. 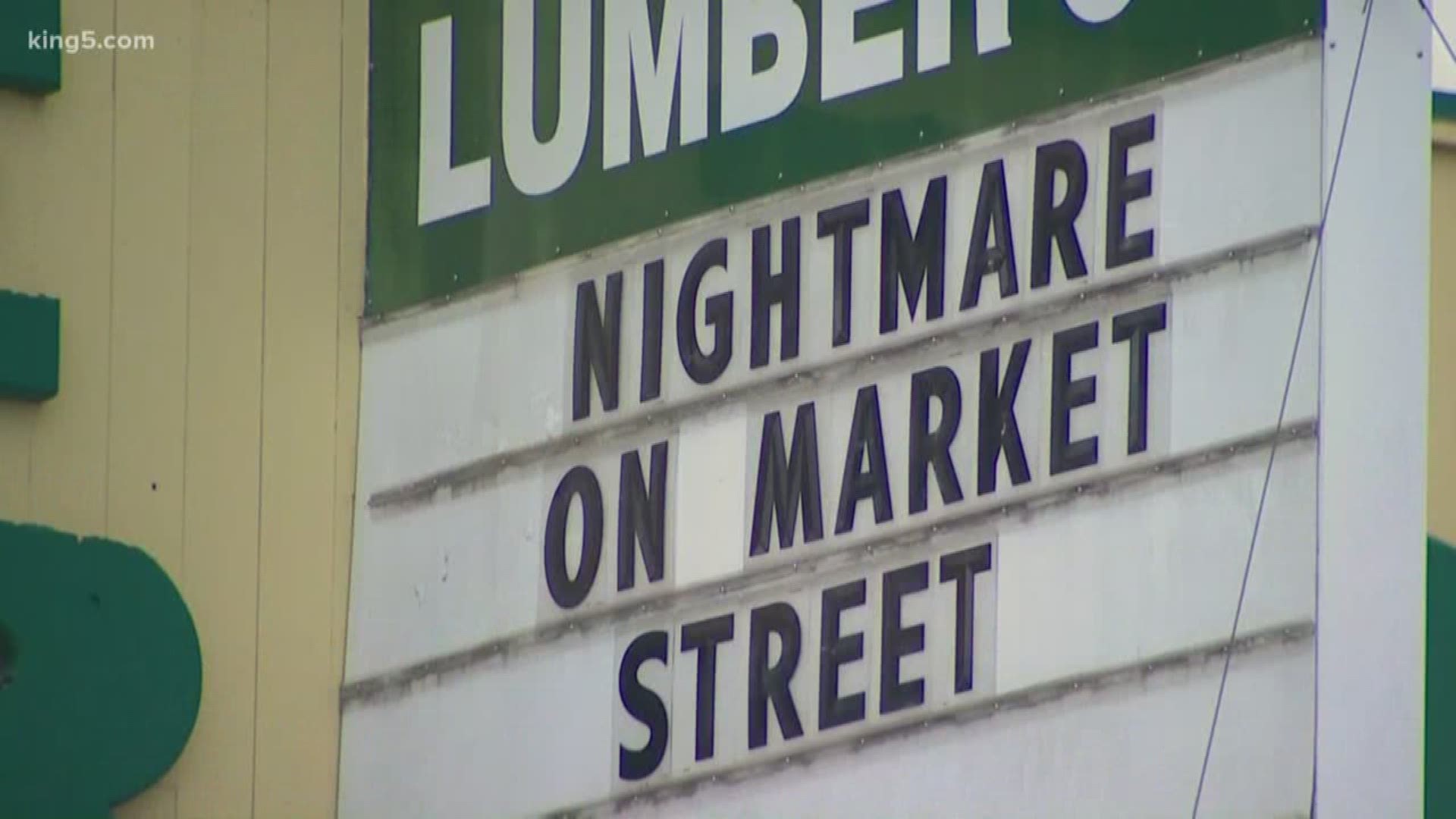 SEATTLE — If you drive through Seattle's Ballard neighborhood, chances are you've seen a big part of the main drag is completely torn up and it's been that way for months.

Seattle's Department of Transportation started construction in May to improve the road and prepare for an extension of the Burke Gilman bike trail. There are three phases to the project, which is expected to last well into next year, according to SDOT. However, some local businesses fear they may not be open that long.

"Some of the merchants refer to it as a war zone, it's definitely a construction zone and it's not overly inviting," said Eric Nelson, executive director of the National Nordic Museum.

"Immediately when construction started, it hurt our walk-in retail and we knew it was a problem," said Sedlacek.

La Merde Boutique down the way said summer sales were way down and as they head toward the holidays, things have turned dire.

“We have just been jumping through all sorts of hoops to stay open. It's hard because we love what we do," explained owner Debi Boyette.

A benefit concert has been organized to help some of these small businesses. The flier reads: "Help us heal the Heart of Ballard." The concert will be on December 1 from 6 - 10 p.m. at the National Nordic Museum.

"We were fully expecting this part of Market Street to be done by the end of October, so this protracted work has been a bit of a surprise," said Nelson with the Museum.

The Museum is trying to help some of the smaller merchants around them stay in business but at stores like La Merde, time is running out.

“Some of us may not be here next year, it's that bad,” Boyette explained. “We're hoping a lot of people will come.”

The shop owners say the best thing people can do if they want to help, is brave the construction and come down to the neighborhood to shop.