The Pacific Northwest tradition brings more foot, boat, and vehicle traffic to Seattle's waterfront. But this year, you might notice something different. 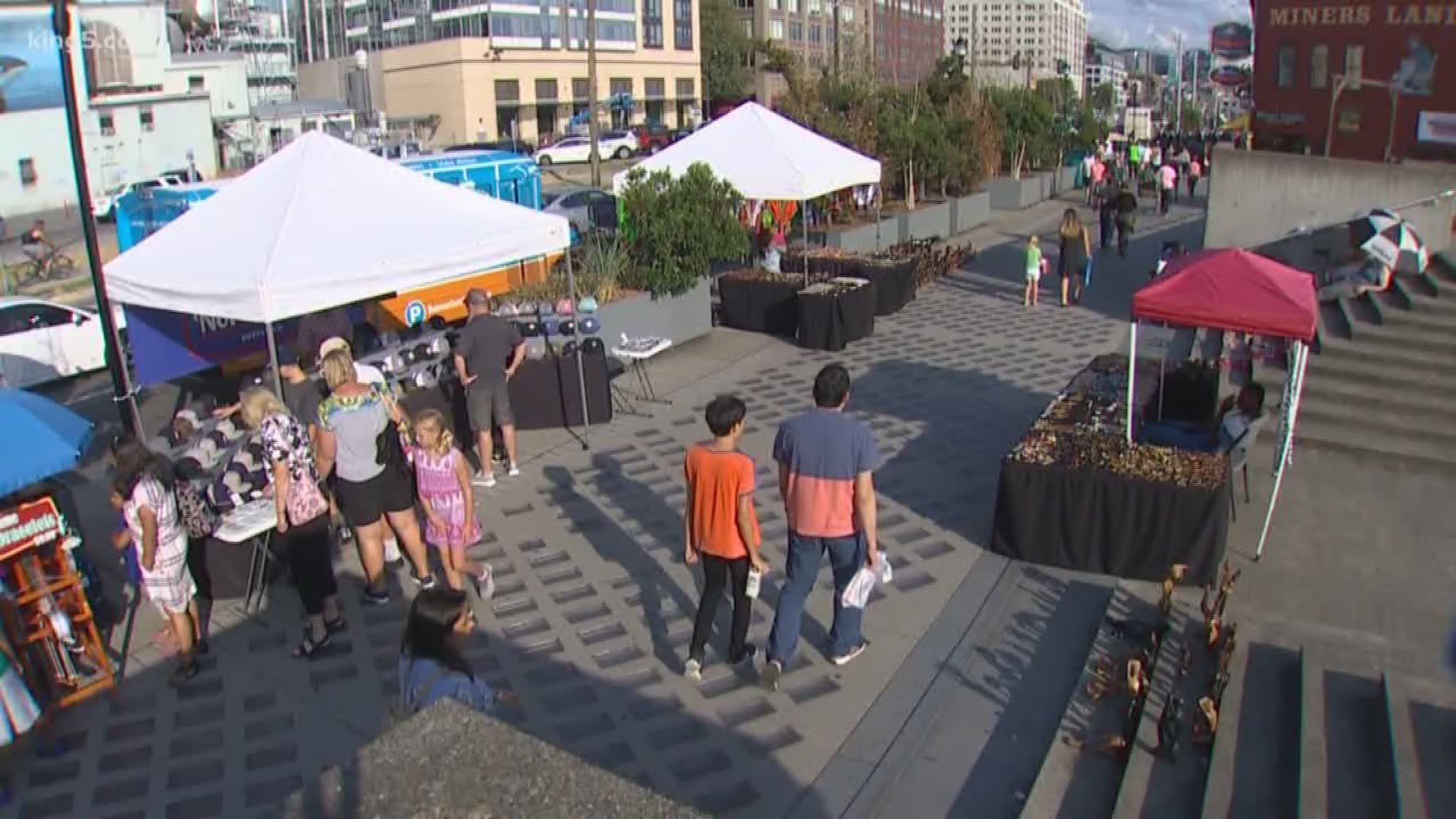 SEATTLE — Seafair has been a Pacific Northwest tradition for the past 70 years.

Fleet Week started Monday with a parade of ships arriving along the waterfront, but two U.S. Navy ships had to leave earlier than some sailors might have liked. It has a lot to do with the rapidly evolving waterfront that draws in so many visitors.

Musician Michael Tavani, whose performance name is Jarus, spent time playing his mandolin along the waterfront Friday. His cousin, Vincent Tavani, was typing next to a sign that read, 'Poems for Hire.'

Vincent Tavani is one of the many visitors in Seattle this weekend.

"I'm excited to show my cousin Vincent the city and show everything that it is about," said Michael Tavani.

Also see | 5 things you need to know about Seafair weekend

Sharon Wright is visiting too. She traveled from Maryland to spend time with her daughter, Latisha Powell. Powell knew the place she wanted her mom to see.

"Always the waterfront. You know, it is always nice here, especially with the addition of the wheel," said Powell.

Seafair weekend is bringing more traffic on the water and the roads.

It's also creating a different kind of pier pressure with a mix of navy ships and cruise ships seeking out prime spots.

The USS Spruance and USS Mobile Bay were docked at Pier 66 this week giving tours to the public, but with a cruise ship coming in they had to move.

"Our visiting Sailors would have loved to stay through the weekend, but there are increasing demands on Pier 66 so we were only able to stay until mid-day Friday," Sean Hughes with Navy Region Northwest said in a statement.

1 / 35
Jimmy Bernhard, KING 5
Images from a tour of the USS Spruance during Seafair Fleet Week in Seattle. The USS Spruance is one of several U.S. or Canadian ships the public can tour for free along the Seattle waterfront during Fleet Week.

In 2017, the U.S. Navy ships stayed through the weekend with prominent placement at Pier 66 the entire time. Hughes said they had 13,700 visitors tour the ships.

The following year, the sailors had to move away from downtown to Piers 90 and 91, and foot traffic was cut in half. Hughes said they had 6,700 visitors.

"It is a little far out there. I mean, since everything is right here," Powell said, referencing the waterfront.

According to Hughes, Navy Region Northwest will continue to work with Port of Seattle and request to be prominently located downtown so all of Seattle can celebrate Fleet Week and the maritime heritage that is part of Seattle Seafair.