Three of the suspects were caught on camera, walking through the front door and one of them pulled out a handgun and demanded cash. 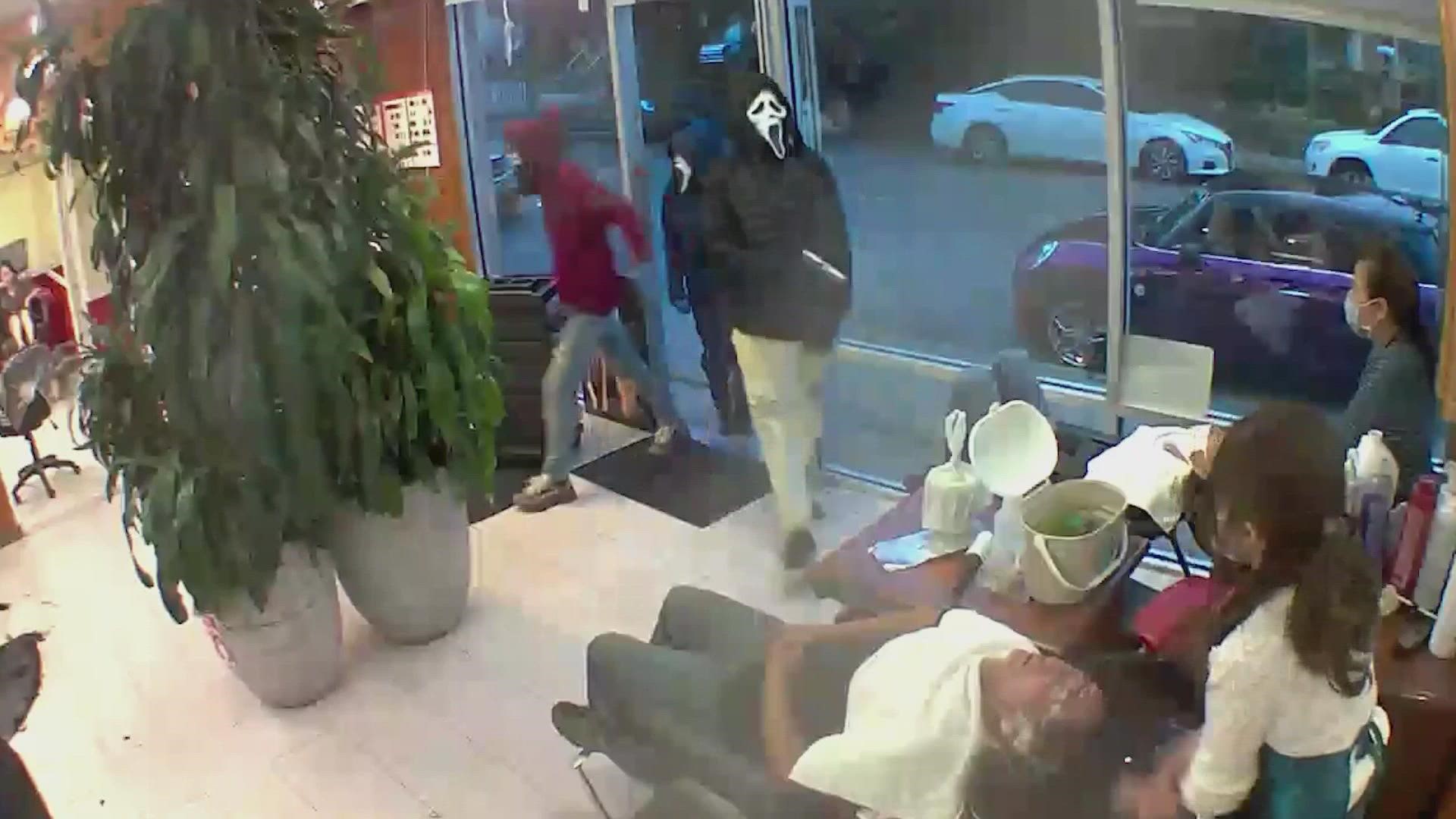 SEATTLE — Seattle police are looking for four people believed to be responsible for robbing a Rainier Valley hair salon at gunpoint on Oct. 17.

Surveillance cameras captured the robbery at King Way Salon off of Martin Luther King Jr. Way at about 6 p.m. Sunday. The suspects came into the salon wearing masks from the Halloween horror film Scream.

Three of the suspects were caught on camera, walking through the front door and one of them pulled out a handgun and demanded cash.

"They’re asking me, 'money, money, money.'  And I said 'money is over there,'" explained Jenny, the salon's owner, who did not want her last name used.

Jenny said the three suspects inside the salon cleared out the till and robbed several customers and employees. The owner said she and her employees are still shaken by what happened.

"When I think about it I’m still, you know, scared right now," said Jenny.

The salon has since upgraded its security system and reinforced the locks. Jenny said she isn't able to take any time off work.

"I have to work no matter what, right. I have my kids, my four daughters – I have to take care of them," she said.

Seattle police are asking anyone with information about the crime to contact them.