The U.S. Dept. of Justice lost its appeal on Wednesday to strike down a state law to help Hanford workers passed in 2018. 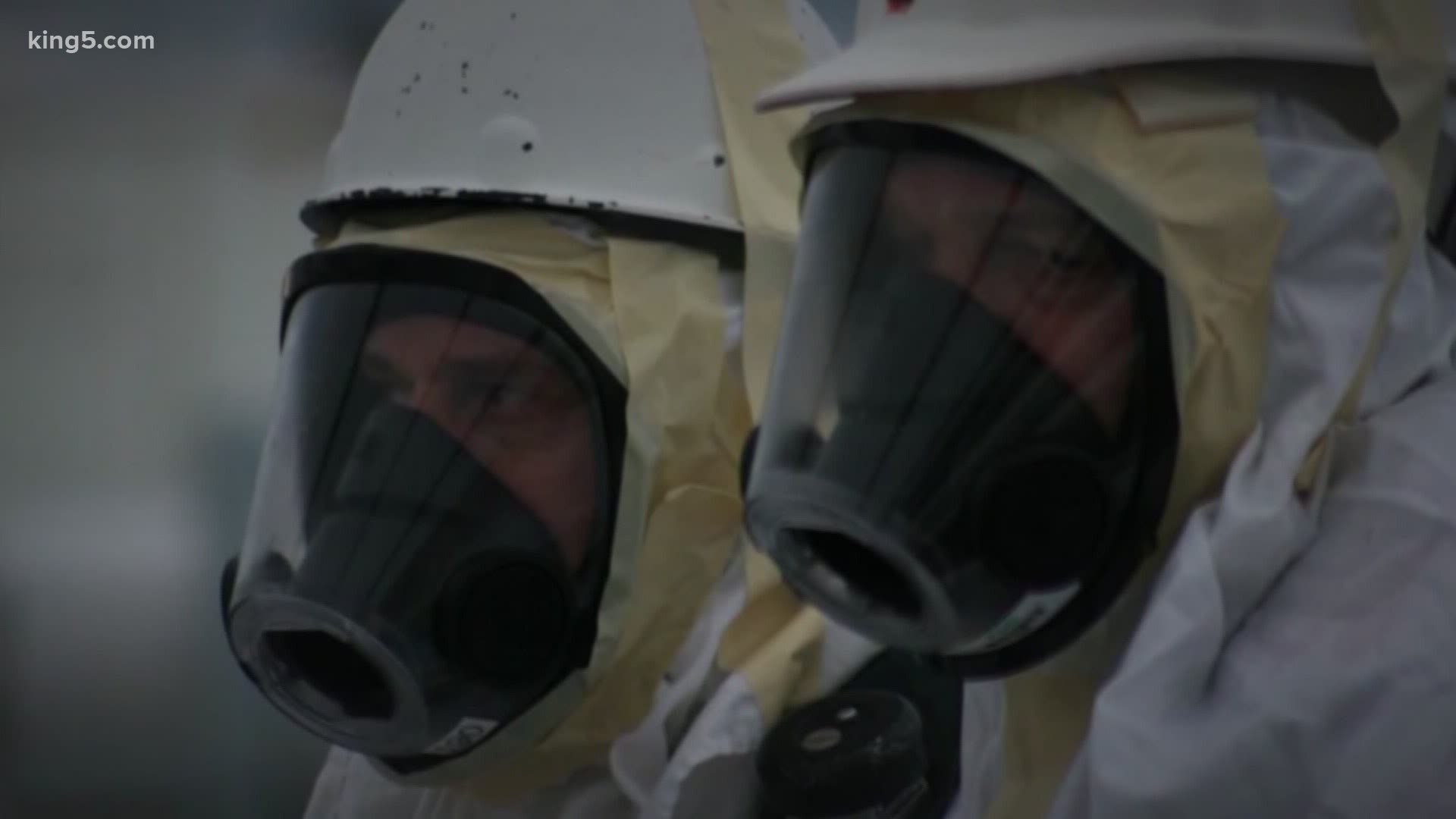 On Tuesday, the U.S. Court of Appeals for the Ninth Circuit unanimously ruled against the U.S. Dept. of Justice in a move that keeps in place a 2018 state law to help sick Hanford workers obtain worker compensation benefits.

Gov. Jay Inslee signed the bill into law in June 2018. After three decades of systematically seeing their worker compensation claims denied, the law gives Hanford workers the presumption of occupational illness for many adverse health effects such as cancer and lung disease. Before the state legislature passed the law, the workers had the burden to prove they were sickened on the job.

“This triumph gives the sick and chemically poisoned Hanford workers hope. Our entire family was affected by a lack of regard for human life at the Hanford Nuclear Site,” said Melinda Rouse, who is the wife of former Hanford worker Lonnie Rouse.

Rouse suffers from many chronic health conditions including toxic encephalopathy (occupational dementia) after working at Hanford for 19 years. Medical records show he was exposed to hazardous toxins on the job, including plutonium, radon, cesium 137 and mercury. Despite the documented exposures, all his worker compensation claims have been denied over the last 12 years. Instead of agreeing that Rouse was sickened at Hanford, the most toxic worksite in America, Hanford-paid doctors blamed his problems on other factors including stress and malingering (faking illness).

“Thank you to Bob Ferguson for hearing the poisoned Hanford workers’ stories and actually doing something real about it. If all persons in a position of power had his level of integrity, the world would be a better place,” Melinda Rouse said.

Six months after Gov. Inslee signed the bill into law, the U.S. Dept. of Energy, which owns Hanford, sued Washington state to keep the law from going into effect. The federal government claimed the law was unconstitutional because, federal attorneys said, states do not have the authority to regulate federal operations or property.

The Dept. of Energy lost that suit in June 2019 in the Eastern District Court of Washington in Spokane. The federal government then appealed to the Ninth Circuit and lost again.

“It’s a huge victory from a legal standpoint, but more importantly it’s a huge victory for workers as (KING 5 has) covered over and over, who are really in need of having access to benefits and not dying, literally, before getting them,” Washington state Attorney General Bob Ferguson said in an interview with KING 5 on Wednesday.

If the federal government wants to keep fighting, the last and final stop would be to ask the U.S. Supreme Court to hear the case. Ferguson said he hopes the legal battle is now over.

“We’ve been winning over and over again and I would hope that the federal government has more important things to do and better ways to spend resources than fight a law that does nothing more than help out Hanford workers,” Ferguson said.

The Hanford Nuclear Site, located near Richland, was a pivotal production operation for the secret Manhattan Project during World War II as the United States raced to build a nuclear bomb. Plutonium produced at Hanford fueled the atomic bomb dropped on Nagasaki, Japan in 1945. Since the 1990s, Hanford has been a clean up site only, which costs the U.S. government approximately $2 billion dollars a year, with no end in sight. Hanford remains the biggest environmental clean up job in U.S. history.

Read the news release from the Washington State Office of the Attorney General here. 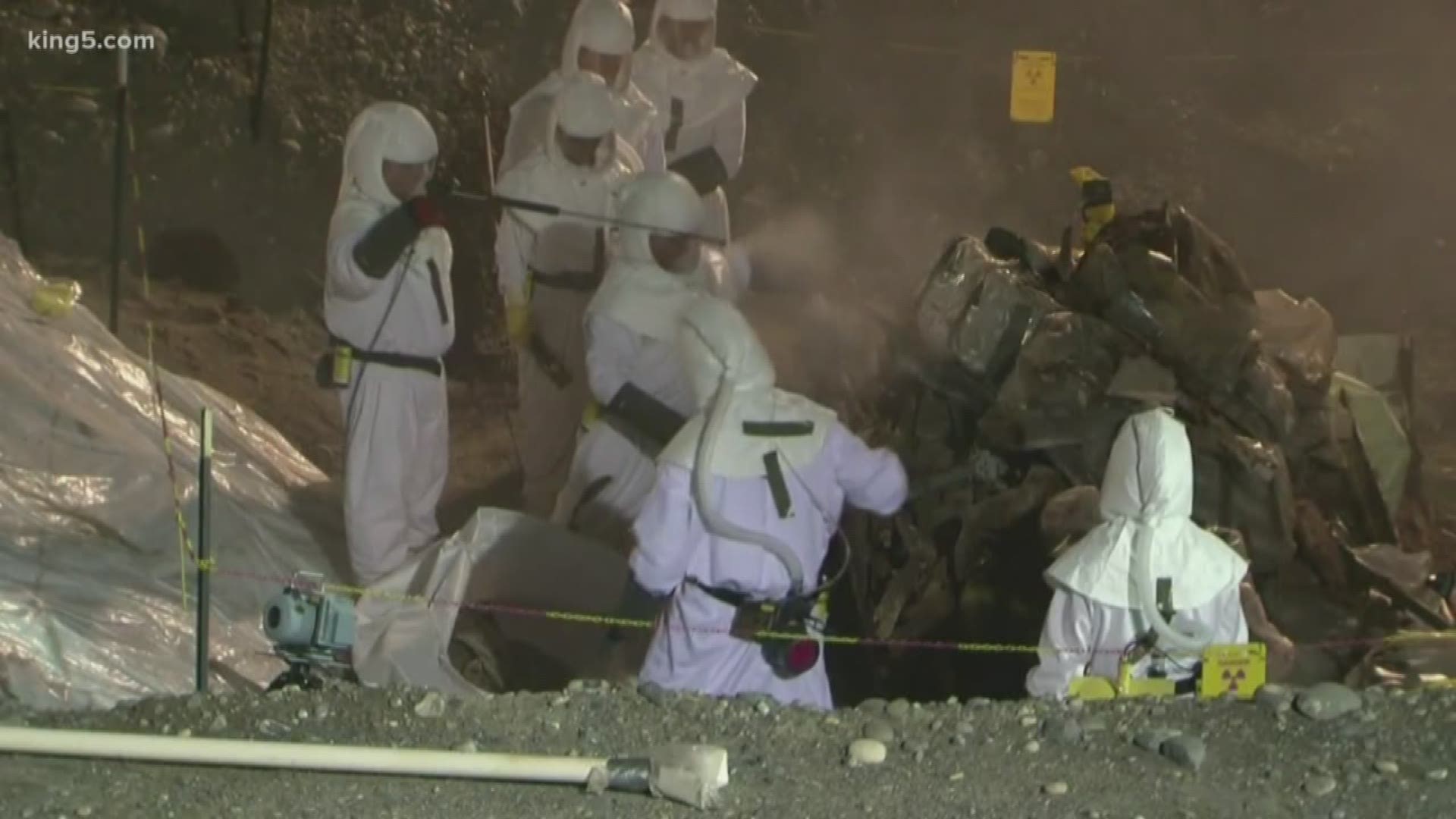