At Hanford, workers comp can be 'humiliating' system 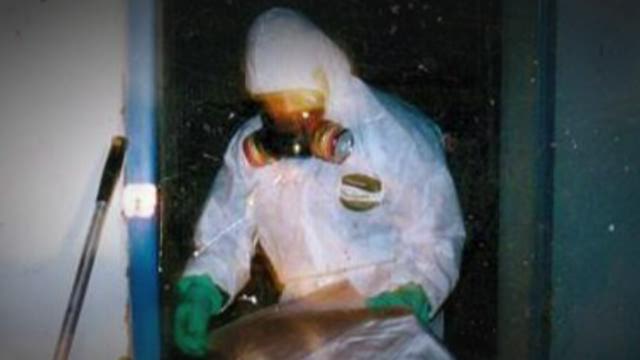 After a 2008 diagnosis of toxic encephalopathy, Lonnie Rouse needed help. After 19 years working at the Hanford site, he could no longer hold down a job. To treat his disease -- a form of dementia caused by exposure to hazardous chemicals, solvents, or heavy metals -- Rouse needed health insurance, medications and therapies.

But three weeks after he filed a worker compensation claim, the company hired to manage the process was already laying the groundwork for a denial.

The claims adjuster for Penser North America, the workers compensation benefits manager hired by the U.S. Department of Energy, wrote an email outlining other possibilities that could have led to Rouse's cognitive disorder: excessive drinking, family problems, and the combination of new medications he was taking.

“I believe it is prudent to obtain a more thorough history of chart notes from that time period to determine the role that anxiety and stress may have played on the development of the diagnosed cognitive order,” wrote the adjuster.

The Penser employee also wrote that at the time of diagnosis, Rouse was experiencing a high degree of stress due to the arrest of his son.

“The (doctor’s) chart notes at that time also reveal significant home issues involving his teenage son’s rebellion which led to his arrest for drug possession,” wrote the adjuster.

But according to the Rouses, their son was never arrested. And in the chart notes obtained by KING 5, there’s no indication that their son had been arrested for drugs.

The doctor who evaluated Rouse actually wrote, “The patient reports that a friend of his son was arrested for being involved in drugs.”

Related: Listen to The Sound podcast episode 5 - "Sick at Hanford"

For the Rouses, tying Lonnie's illness to something their son didn't do, was a shock.

“That was probably a final straw for me,” said Rouse’s wife Melinda. “You’re not going to drag my kids into this and discredit them (too).”

“Penser has 100 percent confidence in our staff. Specifically the examiner referenced in this broadcast is a kind, empathetic person who strives to do her best every day to ensure injured workers’ have a clear understanding of the Washington State workers’ compensation system, what can and cannot occur within that system, and her role in the system," wrote Penser owner Phil Valdens in an email sent to KING on Monday.

A review of hundreds of documents and interviews with dozens of workers and experts reveal work by Penser and the doctors hired by the company to conduct workers compensation medical evaluations lead to a high percentage of claims denied at the site. Even though Hanford is the most contaminated worksite in America, and certainly in the state of Washington, on average, claims from the site are denied at a rate 52 percent higher than other self-insured employers in the state. Legally, only the state of Washington has the power to accept or reject a claim.

KING found a number of problematic practices by Penser, including the submission of incomplete information and basing conclusions on faulty science. Penser medical examiners also draw conclusions without reviewing complete records and, in Rouse's case, directly accused him of “malingering" -- a term used to describe someone who pretends to be sick, especially in order to shirk one’s duty, avoid work, or collect benefits.

In his email to KING 5, Penser’s Valdens wrote that the Investigators' reporting is “inaccurate and simply false.”

“Let me start by saying, and stressing, that all of us at Penser North America, Inc. (Penser) are very sympathetic to all of the injured workers we work with. It can be a difficult process for a worker to navigate, and we continuously strive to ease the difficulties. We work to provide a high degree of customer service to all stakeholders in the process in an effort to ease anxiety and make the system work as well as possible,” wrote Valdens.

Rouse's history of exposures to toxins

1996 – exposed to plutonium at the Plutonium Finishing Plant

1999 – decontaminated for exposure to radioactive chemicals

2003 – possible contamination with cesium 137 and cobalt.

Rouse also reports an exposure to mercury between 2002 and 2003. He was sent into a trailer to clean up a spill, without wearing protective gear. The spill ended up being mercury.

“We didn’t wear masks then,” said Rouse. “Ninety percent of the time you didn’t have protections.”

In addition, the U.S. Department of Labor found Rouse was most likely exposed to a list of 75 toxic chemicals, heavy metals, solvents and radionuclides including lead, plutonium, butanone, mercury, cadmium, cesium, cobalt-90 and chromium.

“(The exposures) during the course of employment at the Hanford site was a significant factor in causing, contributing to, or aggravating the employee’s condition of encephalopathy,” the Labor Department examiners wrote.

Despite the list of exposures, the Rouse’s are still fighting the Department of Energy and Penser after nearly eight years. Lonnie Rouse has never had a worker compensation claim accepted, and he’s lost two appeals.

Penser recommended that his claims be rejected. And the company insisted that KING 5 remind viewers that by Washington state law, final decisions on claims are made by the state's Department of Labor and Industries.

“The overall context of the claim process and Penser’s role in this system has been significantly distorted (by KING),” wrote Valdens. "Penser DOES NOT have the authority to deny a workers’ compensation claim. You have made the focus of your investigation on an entity that is simply an administrator of an already established system.”

A top Department of Labor and Industries manager said the state’s decisions must rely on the information sent to them by Penser.

“We do make the decision, but we have to rely on the self-insured employer’s third party administrator to give us the information to make that decision,” said Vickie Kennedy, assistant director for insurance services at Labor and Industries. “But the limitation of what we have is the information that we have in front of us, and most of that comes from Penser.”

At the age of 40, Rouse began showing signs of his illness. He needed to put sticky notes up at home and at work to remind himself what he was supposed to be doing. He began flaring up at his children and his wife. He lost a significant amount of weight because he would forget to eat. By the age of 48, his family members said he was a different person. They thought he could have early-onset Alzheimers, or a brain tumor.

“His whole personality was 100 percent different. He was is not the person I married. It is like living with a stranger,” said Melinda Rouse.

When Rouse turned to a specialist to get answers in 2009, Dr. Brian Campbell, a clinical and forensic neuropsychologist who has seen several Hanford workers in his Spokane practice, determined that it was working at Hanford that caused Rouse's illness.

“We believe with reasonable medical certainty that the most (likely) explanation for Lonnie’s decline is due to chronic exposure to hazardous environmental conditions at the Hanford site. He reported exposures to radiation, mercury, ammonia, arsenic, and mixed chemicals,” wrote Dr. Campbell.

After each incident Rouse’s managers wrote that the levels of exposure were not high enough to be detrimental to his health.

In addition to Dr. Campbell, four other medical professionals diagnosed Rouse with chemical induced dementia, or toxic encephalopathy. Still, Penser wanted more expert review and sent Rouse to three different independent medical examiners (IMEs) hired by the company. None of the three could find evidence of a link between Rouse’s occupation and his illness.

Other theories for poor testing outcomes included “fatigue after several hours of testing” or Rouse’s previous shoulder and forearm injuries that “could account for his slowed performance.”

Sanchez also concluded Rouse was simply not an intelligent person. After a review of his report cards from junior high and high school Sanchez wrote “The academic records appear to confirm that Mr. Rouse was likely always average to low average in his cognitive functions.”

It’s unclear if the medical examiner was made aware that Rouse had earned several awards over the years at Hanford for outstanding work and “significant contributions” to the operations.

Another medical examiner also suspected Rouse was faking his illness. “A high percentage of patients alleging chemical induced cognitive changes have been shown to be malingering (faking it) on special neuropsychological tests,” wrote Dr. Thomas Martin, a toxicologist. Martin’s assessment also mentioned that Rouse ate fish known to have relatively high levels of mercury, “such as tuna,” marital difficulties and a sleep disorder that could play into his diagnosis.

“There’s a lot of ignorance in our society and in the medical system itself as to the effects of toxic chemicals on the nervous system and human health, said Dr. Raymond Singer, one of the country’s leading experts in the field of neurotoxicology. Singer is a forensic and clinical neuropsychologist and neurotoxicologist who has evaluated several Hanford workers at his practice in Santa Fe, New Mexico.

The IMEs' conclusions were partly based on information given them that showed Rouse’s exposures were not of concern.

“And finally, if we examine Mr. Rouse’s long history of incident reports at Hanford, there appears to be little objective evidence of exposure to toxic substances. Testing after each incident was either negative for the substance in question, or well within acceptable exposure limits,” wrote Dr. Sanchez.

None of the IMEs referenced the many studies authored by the Department of Energy’s own experts. Those studies concluded that the testing and monitoring methods for chemical exposures at Hanford are inadequate and that even short exposures to chemical vapors can cause significant adverse health effects.

“The brain is a very sensitive organ. And these chemicals at Hanford can easily damage the sensitive cells in the brain. It doesn’t take much. And it’s a hidden cause of the injury. It’s not like being hit by a truck or in a car crash where you have a traumatic brain image,” said Dr. Singer. “It’s harder to prove because it is hidden and if it’s harder to prove it’s easier to attack and belittle and say it doesn’t really exist.”

Lonnie's inability to work and the high-cost of fighting the claims process in court exhausted the Rouses' finances. They filed for bankruptcy in 2014 -- their life savings was wiped out. They nearly lost their home and now rely on trips to the food bank in Pasco to stock their shelves. But they vow to keep fighting. In January they filed a notice of appeal to Benton County Superior Court.

“It’s like they’ve knocked you down. But my thing is, I’m going to keep getting back up. I’m not staying down there. I can’t let them win,” said Melinda Rouse.

Related: What is Hanford? (info-graphic)