The law makes it easier for Hanford workers to qualify for benefits. 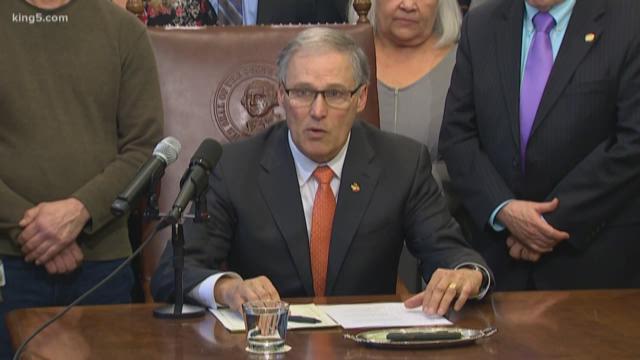 Gov. Jay Inslee has signed a bill designed to make it easier for workers on the Hanford Nuclear Reservation to qualify for worker compensation benefits.

The state Legislature recently passed a bill to ease the standards Hanford workers, who for decades made plutonium for nuclear weapons, must meet in order to receive such benefits.

The bill, signed Wednesday, creates a "presumption of causation" in state law, which is a presumption that some Hanford workers who become ill are sick because of the many chemicals that pollute the site.

The bill relieves Hanford workers of the difficult task of proving the exact chemical they may have been exposed to that caused an illness. But the presumption can be rebutted by clear and convincing evidence that something else caused an illness.

“Knowing that sick Hanford workers will now have more options than before; more hope than before – that is something I’m proud of,” said Rep. Larry Haler, R-Richland, who spent much of his career working in the nuclear industry at Hanford. “This has been one of the highlights of my legislative career. I can’t think of a better way to finish my service to the community and individuals who have supported Hanford through the years than by turning around and supporting them in their time of need.”

'It was complete chaos' says Hanford worker who inhaled plutonium

Hanford employees told to stay inside as more contamination found