Neighbors organized to show support for an Everett family after the couple received verbal hate from a stranger for having a Black Lives Matter sign in their yard. 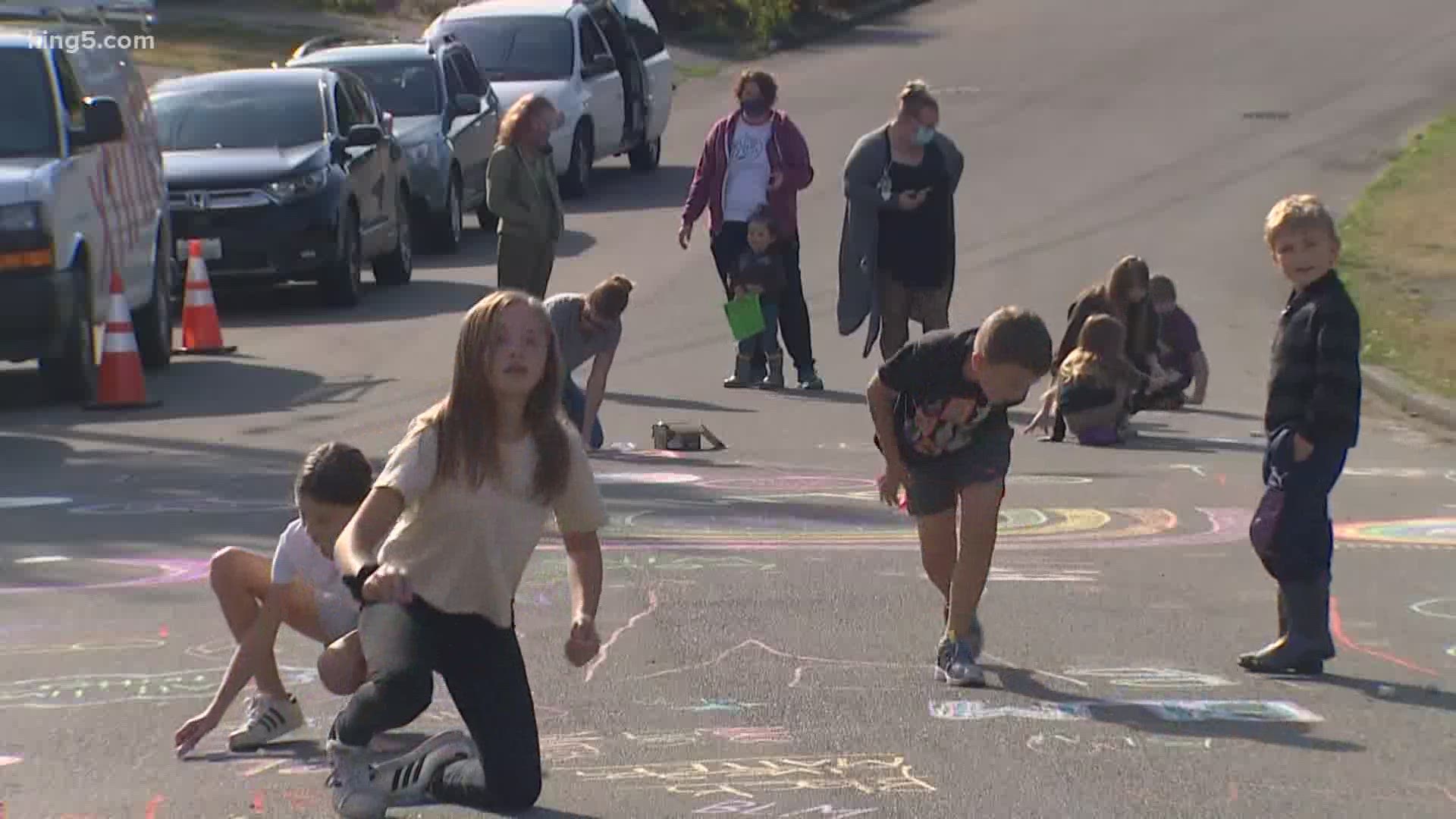 EVERETT, Wash. — It was an interaction Jeff and Malia Zirkle were not expecting while doing yard work at their Everett home Saturday afternoon, and it was captured on home surveillance video.

A man in an older Ford Explorer pulled up in front of their house and asked if they sold Girl Scout cookies, which the family does from their garage every spring.

"Well never do it again,” the man responded. “You guys suck. I hope you burn. Black lives don't matter."

"We were both in shock," said Malia Zirkle.

It wasn't until a few minutes after the encounter that the weight of the man's words hit the parents of 8-year-old Lilly and 4-year-old Kaleb.

"I realized my daughter's window was opened so I went in to see if she heard anything,” said Malia Zirkle. “She was like, 'Yeah, I heard it.'”

Malia identifies as half-Black and has a father and sister who are police officers. She said they've had a "Black Lives Matter" sign in their yard for months. The family recently added an "Anti-brutality, Pro-police" sign to accompany the BLM sign to show their belief that the two sides can coexist.

What happened Saturday is proof that some still need to hear those messages.

"I'm aware of the racism,” explained Malia Zirkle. “I know a lot of people aren't as aware, and they don't really know it’s happening.”

However, something else happened on Sunday the Zirkles also were not expecting. After Malia posted about the incident, their neighbors organized to show their support with chalk.

"We came out here, we did something bright colorful, got our kids to come out, everyone had a great time and hopefully cheered them up a little bit," said neighbor Tiffany Hanks.

The Zirkles were overcome with the support they received, both virtually and through art, as well as cookies and signs of support.

Credit: KING 5
A sign outside Jeff and Malia Zirkle's home in Everett.

"We are just shocked at how much love and support they've shown for our family and for Black Lives Matter," said Malia Zirkle. “And for the fact that, you know, we do have good people in our community.”

Everett police are currently looking into whether any crimes were committed.

In the meantime, on the same stretch of pavement, the hate of a stranger has been turned into a lesson: the power to erase hate lies within our own hands.

"I want people to be aware that we're all in this together,” said Malia Zirkle. “If we're constantly having this conflict, nothing is going to ever change.”