Big businesses raise over $3 million in campaign for Seattle shelter

The money will be used to serve 1,500 unsheltered people across King County, according to officials at Mary's Place non-profit 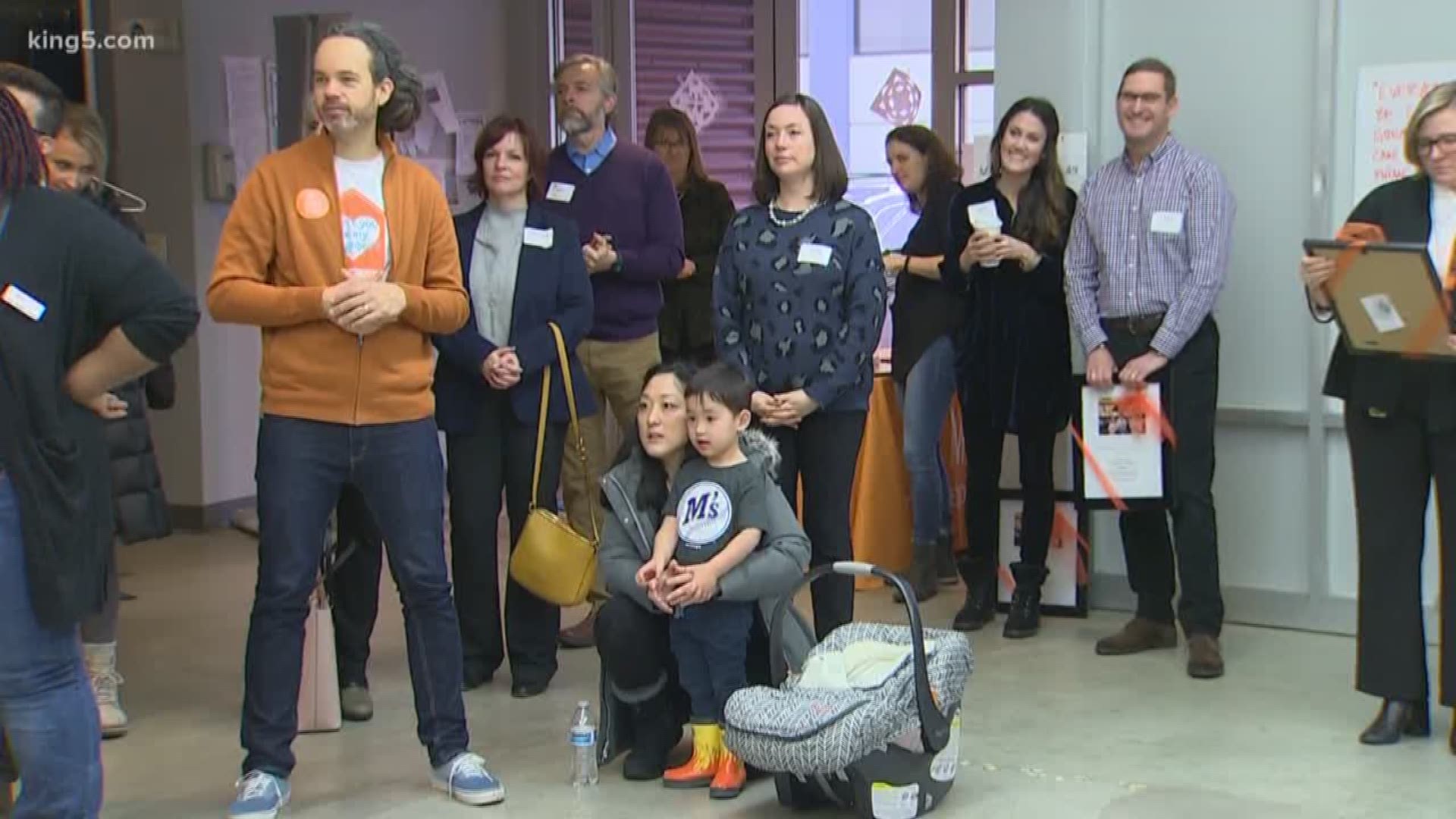 Mary's Place, a Seattle-based shelter, announced that a campaign fueled by area businesses has raised more than $3 million in a campaign to help the unsheltered.

The announcement was made without fanfare and was designed more as a celebration of the achievement.

Amazon, Starbucks, Microsoft, Dick's Drive Ins, and dozens of other businesses contributed to the "No Child Sleeps Outside" campaign.

The fundraising is expected to help 1,500 people, primarily homeless families, find shelter.  Amazon has been a big back of Mary's Place, and will soon open a shelter in a brand new tower at 7th Avenue and Blanchard Street in Seattle.

Workers have been putting finishing touches on the 275-bed facility, which is expected to open in a few weeks. The new shelter will also have 75 emergency beds, for cold weather situations like the one the region is currently experiencing.

"To our Amazon family, we want to say thank you for making it possible for increasing shelter capacity by 50 percent in the next couple of weeks," said Mary's Place Executive Director Marty Hartman, choking back tears at the small gathering of supporters.

Starbucks government affairs director Shannon Boldizsar, who was part of the campaign, highlighted her company's drive to help and noted that the business community had now helped raise $12 million in the past few years to boost Mary's Place.

"We increased bed nights by 79 percent," touted Boldizsar, adding "You have created an 807 percent increase in business support to raise over $9 million for unsheltered families in our community."

The philanthropic work is in contrast to the civic conversation over the last several months, and what kind of responsibility businesses should have in the homelessness discussion.

On Monday, Seattle Councilmember Kshama Sawant announced she is re-launching a campaign to 'Tax Amazon' and is working on legislation to raise another $200-$500 million annually for housing through some sort of payroll or employee hours tax, a substantially larger ask then the failed head tax.

In those discussions, large employers have been cast as villains in one of the more complex issues of the generation.

"My mom was watching the news several years ago, and saw kids sleeping in Nickelsville, and thought was completely unacceptable," said Jasmine Donovan, the President of Dick's Drive-Ins, in explaining her company's philanthropic philosophy. "We don't know why the business community has been vilified.  We try to do the best that we can and there is always is work to do."

If you need emergency shelter or know someone who needs help, called the King County intake line at 206-245-1026.